How JFK Slammed the Door on Che Guevara's Offer to Improve U.S.-Cuban Relations

Jack Colhoun is an independent historian of the Cold War (University of Wisconsin in Madison, BA, 1968; York University in Toronto, PhD, 1976). 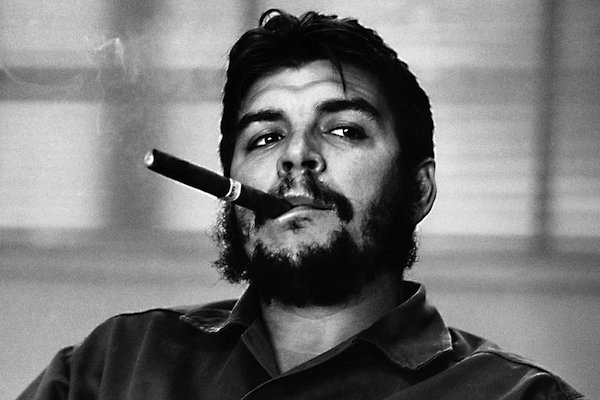 In August 1961, Secretary of the Treasury C. Douglas Dillon and Che Guevara faced off at an Interamerican conference in Punto del Este, Uruguay. Dillon, scion of the founder of the Wall Street investment bank Dillon, Read & Company, outlined the Kennedy Administration’s Alliance for Progress to a meeting of Latin American finance ministers. Dillon called it a blueprint for “a decade of democratic progress.” He noted that Latin American countries would have to reform their semi-feudal agricultural policies and backward tax systems in order to participate in the Alianza para el Progreso.

Dillon, elegantly attired in a dark pinstripe suit, promised that the United States would provide $1 billion in economic aid within six months, and another $20 billion in private and public capital over the next ten years. The infusion of aid and capital would spur economic growth. Economic growth would create jobs and money for housing, education, and public health, and lift Latin America out of poverty.

The Latin American finance ministers endorsed the Alliance for Progress in the Declaration of Punta del Este, but with little enthusiasm. White House aide Richard Goodwin recalls, “There was ... no outpouring of pledges to specific measures of social reform.”

Guevara, in his customary fatigues, combat boots, black beret, and a Cuban cigar in his hand, mesmerized the staid gathering of Latin American officials. He told the delegates that the real purpose of the Alliance for Progress was to contain the political appeal of the Cuban revolution in Latin America. The handsome, bearded revolutionary asserted that the Alianza was conceived “under the sign of Cuba, a free land in America,” as a conspicuously bored Dillon looked up at the ceiling and yawned. “This conference and the special treatment your delegates received and whatever loans are approved, all bear the name of Cuba, whether their beneficiaries like it or not."

But Guevara also held out an olive branch. “We cannot stop exporting an example, as the United States wishes, because an example is something that transcends borders,” he asserted. “What we do is give a guarantee that we will not export revolutions, we guarantee that not a single rifle will leave Cuba for battle in any other country of America.” Guevara announced Cuba was willing to negotiate with the United States “on any issue, without preconditions.” He said Cuba asked only to be free to develop along a different path from the rest of the Western Hemisphere without the threat of U.S. intervention.

In the meantime, Guevara followed up with a personal diplomatic initiative. Through an Argentine diplomat, Guevara sent a message to Goodwin, whom he had observed smoking cigars in Punta del Este. The diplomat told Goodwin, “Che ... bets you wouldn’t dare smoke Cuban cigars.” Goodwin replied, “You tell him that I’d love to smoke Cuban cigars.” The next day, two boxes of Cuban cigars were delivered to Goodwin’s hotel room. One was for Goodwin. The cigars for President Kennedy came in a large, polished mahogany box, inlaid with the official seal and flag of Cuba, with a note from Guevara. Word was passed to Goodwin by a third party, from Guevara, suggesting a meeting.

Guevara’s diplomacy by cigar was a stroke of creative statecraft. Photographs of bearded guerrillas and their cigars had become an icon of the Cuban revolution. The popularity of Cuban cigars also gave them diplomatic value. Both Fidel Castro and Jack Kennedy had been introduced to Cuban cigars by their fathers when they were boys.

When they did meet, Guevara thanked Goodwin for the Bay of Pigs operation, calling it “a great political victory” for the Cuban revolution. Guevara said that the Bay of Pigs enabled the revolution to further consolidate its hold on power and transformed Cuba “from a little aggrieved country to an equal.” Guevara said the Cuban revolution was socialist, stressing it was “irreversible” and could not be “overthrown from within.” He also noted that Cuba’s ties to the Soviet Union and the socialist bloc did not come about as the result of subversion but out of “natural sympathies and common beliefs.”

Guevara’s main reason for reaching out to Goodwin was to broach the idea of secret back-channel discussions with the United States. He suggested discussions to ease tensions between the two countries. Acknowledging that a formal diplomatic “understanding” might not be possible, he proposed subjects for discussion that might open up larger issues. Guevara said Havana would not return expropriated properties to U.S. owners, but would compensate the owners from Cuban exports to the United States. Cuba would not enter into a formal military or political alliance with the USSR and Eastern Europe and would not launch an attack on the U.S. Navy base at Guantánamo. He also said Cuba was willing to discuss its “activities in other countries.”

When Goodwin returned to Washington, he informed President Kennedy about his meeting with Guevara, and recommended continuing the dialogue with Cuba. But Goodwin also interpreted Guevara’s willingness to initiate diplomatic talks as a sign of Cuba’s weakness, a weakness that he advised the administration to exploit. He urged President Kennedy to step up the CIA’s clandestine sabotage operations against economic targets on the island. Goodwin recalled, “[It] would have been politically difficult, perhaps impossible” to have negotiated “a deal with Castro, any kind of deal.”

On November 3, 1961, President Kennedy approved Operation Mongoose, a new covert operation to organize a popular uprising on the island, which would serve as a pretext for U.S. military intervention in Cuba. Mongoose would use CIA personnel and resources but would not be run by the CIA. Kennedy chose Brigadier General Edward Lansdale as Mongoose’s chief of operations ... The Mongoose organization chart bore a resemblance to the model recommended by Richard Goodwin ... : A “command operation” run by Robert Kennedy. The attorney general would become the driving force of Mongoose, working closely with Lansdale to compensate for his own inexperience with intelligence operations.

Lansdale outlined Operation Mongoose in a January 1962 program review. In the initial phase, a nucleus of thirty CIA-trained Cuban “political action agents” would be covertly infiltrated into twenty localities in Cuba to form underground cells. Agent cells, with their own communications capabilities, would organize political actions and sabotage raids inside Cuba. “The political actions will be assisted by economic warfare to induce the failure of the Communist regime to supply Cuba’s economic needs, psychological operations to turn the people’s resentment increasingly against the regime, and military-type groups to give the popular movement an action arm for sabotage and armed resistance in support of political objectives.”

Commando raids by CIA-backed Cuban exile action groups in the United States would complement Operation Mongoose. “Special support projects will be readied for use on call.” Lansdale wrote in a December 1961 memorandum, “These projects (such as operations to scuttle shipping and otherwise hamper the regime) will be timed to support actions by the movement [inside Cuba] and to permit the movement to take credit for them.” In this scenario, local political actions and sabotage operations would culminate in a popular uprising in October 1962, just before the congressional elections in the United States. Action agents would seize territory and issue an urgent “appeal” for help. Lansdale wrote, “The United States, if possible in concert with other Western Hemisphere nations, will then give open support to the Cuban people’s revolt.”

The “Guidelines for Operation Mongoose” predicated success explicitly on U.S. military intervention in Cuba. “In an undertaking to cause the overthrow of the target government, the U.S. will make maximum use of indigenous resources, internal and external, but recognizes that the final success will require decisive U.S. military intervention,” the Mongoose guidelines stated. “Such indigenous resources as developed will be used to prepare for and justify this intervention, and thereafter to facilitate and support it.”

When Robert Kennedy and Director of Central Intelligence John McCone met to assess Operation Mongoose in mid-summer 1962, they agreed the progress of the covert operation was “disappointing.”

McCone was hardly surprised. The U.S. intelligence community’s assessment of the post-Bay of Pigs situation in Cuba was similar to what Che Guevara told Goodwin in Punta del Este. Special National Intelligence Estimate (SNIE) 85-61, published on November 28, 1961, called into question the U.S. ability to organize a popular rebellion against the Cuban revolution.

“The Castro regime has sufficient popular and repressive capabilities to cope with any internal threat likely to develop in the foreseeable future,” according to SNIE 85-61. “It is highly improbable that an extensive popular uprising could be fomented.” The report also pointed out that Cuban opposition groups had not yet “recovered from the blow dealt them” by the revolution after the Bay of Pigs.