Hal Brands is an Assistant Professor in the Sanford School of Public Policy at Duke University.  His most recent book is What Good is Grand Strategy? Power and Purpose in American Statecraft from Harry S. Truman to George W. Bush, just released by Cornell University Press. 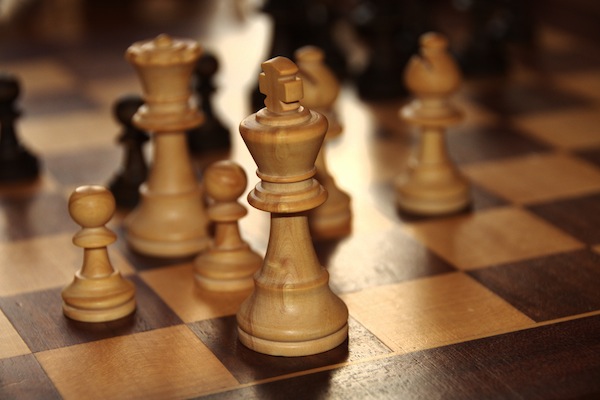 The spring of 2014 will be grand strategy season in Washington.  In the next few weeks, the Obama administration will release its new Quadrennial Defense Review and its updated National Security Strategy. These documents generally contain the key strategic judgments -- about goals, constraints, priorities, and resources -- that guide an administration’s approach to the world. And because of that, they invariably unleash debate about that administration’s grand strategy -- whether it has one, what its characteristics are, and what prospects it has for success.

Unfortunately, these debates often rest on a misunderstanding of what grand strategy really is.  Grand strategy is at once a popular and a polarizing concept, one that is both touted and derided by leading members of the foreign policy commentariat. It is the subject of flourishing academic programs at elite universities; it is also the subject of scoffing by observers as influential as former President Bill Clinton. Taking a closer look at what grand strategy is -- and what good grand strategy has historically been -- can help clear up some of the confusion surrounding the concept, and provide a firmer base for thinking about U.S. foreign policy today.

As I explain in my recent book on the subject, What Good Is Grand Strategy?: Power and Purpose in American Statecraft from Harry S. Truman to George W. Bush, a grand strategy is essentially an integrated set of principles and priorities that give structure to a country’s statecraft. It consists of a series of considered, interlocking judgments: about the nature of the global environment, a country’s highest goals and interests within that environment, the primary threats to those goals and interests, and the ways that finite resources can be deployed accordingly. These judgments make up a sort of intellectual calculus that informs policy, the various concrete initiatives -- diplomacy, foreign aid, the use of force -- through which states interact with the world. Put simply, a grand strategy is the basic conceptual framework that helps nations navigate a complex and dangerous international environment.

It is not, however, a road-map with all of the twists and turns plotted out in advance, or a panacea that will somehow wipe away the daunting complexity of the global arena. The world is much too complicated for even the most talented leader to devise such a plan, and the bureaucratic and domestic friction is too severe to seamlessly implement it in any event.

A good grand strategy, then, is neither a straightjacket nor a cure-all. It is simply a collection of generally coherent ideas about where the United States seeks to go in the world, ideas that are firm and focused enough to keep American policy anchored amid the geopolitical squalls, but flexible enough to allow adaptation and improvisation in their implementation.

By way of illustration, consider some of America’s most historically successful grand strategies.  Contrary to popular lore, the Truman administration never had a step-by-step plan for meeting the Soviet challenge and waging the Cold War.  What it had, rather, was a set of core strategic precepts that guided U.S. policy amid a seemingly never-ending series of unexpected crises.

These principles included the ideas that containment represented a better alternative than either appeasement or war, that containing Soviet power meant maintaining a favorable geostrategic balance in Eurasia, and that the most economical way of maintaining that balance was to focus limited U.S. resources on Western Europe and Japan. From 1947 onward, these ideas consistently guided Truman’s policies and provided a lodestar for his major geopolitical initiatives: the Marshall Plan and NATO, the formation of the U.S.-Japan alliance and the military buildup following the outbreak of the Korean War, and others.

These policies were ultimately very successful in confronting the Soviet threat and establishing an advantageous global balance of power. Yet there were plenty of problems, setbacks, and tactical improvisations along the way. Today, we tend to forget that Truman presided over the “loss” of China, the fateful exclusion of South Korea from America’s “defensive perimeter,” and the disastrous decision to expand the Korean War north of the 38th parallel in late 1950.

We also forget just how crisis-driven Truman’s policies often seemed to be. Major initiatives like NATO and the military buildup associated with NSC-68 were not part of some comprehensive blueprint devised at the outset. They were policies undertaken when unforeseen international events jarred U.S. policymakers and compelled a reexamination of the administration’s methods for achieving its broader strategic goals. Grand strategy in the Truman years was no different than good grand strategy in any other era: it was as messy and challenging as it was purposeful and effective.

The same was true of another highly successful grand strategy -- that pursued by Ronald Reagan.  Recently declassified records show that Reagan came to power with a set of inter-related grand strategic ideas in mind: that the Soviet Union was militarily strong but economically, politically, and ideologically weak, that the full application of American power could reverse the tide of the Cold War and throw Moscow on the defensive, and that regaining the geopolitical initiative was the best way of pressuring the Soviets to negotiate and thereby winding down the East-West conflict on U.S. terms.

During the 1980s, Reagan first translated these insights into a wide-ranging grand strategic offensive that shifted the trajectory of the superpower competition. He then used the resulting leverage to launch an immensely productive diplomatic engagement with Moscow, one that achieved unprecedented arms control breakthroughs and dramatically decreased Cold War tensions. If this was not productive grand strategy, it is hard to think of what would be.

Yet here, too, it is easy to lose sight of just how tortuous that process could be. Having a grand strategy did not remove the need for flexibility and adaptation.  In fact, Reagan made a significant course correction in 1983-84, embracing a more conciliatory posture toward Moscow after his early policies had escalated international tensions to dangerous levels.

Nor did having a grand strategy mean that there was complete harmony within the administration. Quite the opposite -- the Reagan years were a time of unrelenting bureaucratic battles between feuding advisers, which often spilled onto the front pages via leaks. Reagan’s grand strategy may have achieved truly historic results, but making and implementing that grand strategy was rarely a smooth or pretty affair.

What does all of this mean for current debates over grand strategy? First it shows that American presidents and their advisers need to take grand strategy seriously. Truman and Reagan never would have accomplished what they did without the focus, the clarity, and the sense of direction that their grand strategies provided. For these administrations, grand strategy served as an indispensable means of keeping one’s balance amid a torrent of international crises, and gradually moving the United States toward a better global position.

The same point holds today. At a time of fiscal constraint and numerous global challenges to American power, there is simply no substitute for sustained strategic planning, the prioritization of competing goals and interests, and the basic geopolitical discipline that clear grand strategic thinking can provide. President Obama -- who recently dismissed the entire concept of grand strategy in an interview with David Remnick -- would do well to take note.

Yet pundits and proponents of the idea would also do well to temper their expectations of what a successful grand strategy actually looks like. Good grand strategies do not provide seamless coherence of policy, or perfect geopolitical foresight. They certainly don’t allow policymakers to escape the need to respond to unexpected events, or to make key tactical adjustments as time goes on.

What an effective grand strategy can do is provide enough coherence and foresight so that the country can prosper in an inevitably chaotic world, and offer enough discipline and direction so that the necessary adjustments can be made more intelligently than not. Historically, this is what some of America’s most esteemed grand strategists have managed to achieve. Expecting anything more from today’s generation of leaders would be unreasonable.