Nina Simone: The Antidote to the "We Shall Overcome" Myth of the Civil Rights Movement

Ruth Feldstein is Associate Professor of History at Rutgers University, Newark and the author of How it Feels to Be Free: Black Women Entertainers and the Civil Rights Movement. 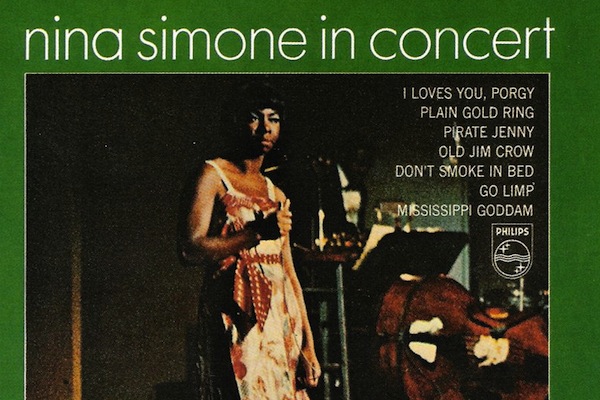 When it comes to civil rights, it is the season of fiftieth anniversaries: this past June was the fiftieth anniversary of the murder of activist Medgar Evers. In August, Americans marked fifty years since the March on Washington, and in September, the horrific deaths of Addie Mae Collins, Denise McNair, Carole Robertson and Cynthia Wesley, four young girls killed when Ku Klux Klan members planted a bomb at the 16th Street Baptist Church in Birmingham, Alabama. The months ahead will bring the fiftieth anniversary of Mississippi Freedom Summer; the brutal murder by members of the Ku Klux Klan in Mississippi of civil rights workers James Chaney, Andrew Goodman, and Michael Schwerner; and in July, passage of the Civil Rights Act.

For many Americans, these anniversaries -- of both heady times and painful moments -- are ultimately reassuring. Yes, the country was wracked by violence, as African Americans were subjected to bombings, beatings, dogs, hoses, and murder. But the now-iconic image of King at the March on Washington, and a story of civil rights that culminates in passage of landmark legislation, affirm success. As President Obama put it in September when he commemorated the murder of four young girls in Birmingham, the bombing had “galvanized Americans all across the country to stand up for equality and broadened support for a movement that would eventually lead to the passage of the Civil Rights Act of 1964.”

But there are other anniversaries worth remembering that offer another narrative of the civil rights movement, one easy to overlook. Perhaps not surprisingly, this narrative is a less comfortable one, illuminating the difficult feelings about racism, the dashed dreams, and the demands for autonomy that were evident in black communities -- in the north as well as the south -- during black freedom struggles. In March and April of 1964, singer/songwriter Nina Simone gave several performances at Carnegie Hall. In Concert, the seven-song album that came from these recorded concerts, marked a crucial transition in Simone’s career: the Southern-born and classically-trained musician, known for her “supper club” music and as a “songstress for the elite,” engaged directly with the politics of black liberation, and became one of the entertainers most closely associated with black activism. In “Pirate Jenny” Simone took Kurt Weill and Bertholt Brecht’s song about class relations in London and transformed it into a poor black woman’s fantasy of vengeance against white townspeople in a “crummy southern town.”

In “Go Limp,” she spoofed the sexual antics among nonviolent civil rights protesters, and thus spoofed nonviolence itself; in “Old Jim Crow,” she declared that Jim Crow had “been around too long” and “was all over now.”

The album reached its musical, lyrical and political peak with track 7, “Mississippi Goddam.” Simone had written the song several months earlier, in September, just after hearing about the church bombing in Alabama. (She later said that it came to her in a “rush of fury, hatred and determination” as she “suddenly realized what it was to be black in America.”) “Mississippi Goddam” was a political anthem. With an upbeat tempo, the “show tune,” as Simone described it, offered incendiary lyrics filled with anger, despair, and insistence. “Me and my people are just about due,” sang Simone, with urgency. She rejected the notion that race relations could change gradually; she discarded the myth that discrimination only existed in the South; and she shattered the assumption that African Americans would patiently use the legislative process to seek political rights. As she declared toward the end of “Mississippi Goddam”:

But this whole country is full of lies
You’re all gonna die and die like flies
I don’t trust you anymore
You keep on saying “Go Slow.”

Coming less than a month after the March on Washington for Jobs and Freedom in Washington, D.C. and Martin Luther King’s now-iconic “I have a dream” speech, Nina Simone provocatively departed from conventional wisdom about civil rights. The anniversary of this album matters because in a moment that many people today remember as the high water mark of liberal, interracial, church-based activism that culminated in passage of landmark civil rights legislation, Simone imagined another kind of black freedom, one that a few years later, would widely be known as black power. Contrary to the neat historical trajectories which suggest that black power came late in the decade and only after the “successes” of earlier efforts, Simone’s album makes clear that black power perspectives were already taking shape and circulating widely -- in organizations, but also on vinyl albums that music fans played around the world. Tied inexorably to the March on Washington and the church bombing in Birmingham, In Concert is an album that expressed, and helped to transform black activism in the 1960s.

Nina Simone was not a solitary figure, and the album that she recorded fifty years ago did not come out of nowhere. In Concert is a window into a world beyond prominent, now-celebrated leaders (mostly male), and public protests. Hers are not the melodies that crowds have recuperated at recent fiftieth anniversary celebrations. But to remember In Concert is to remember that “civil rights” never meant just one kind of activism and that “We Shall Overcome” was not the only soundtrack to the movement. To mark this anniversary is to mark the swirling and contradictory ways Americans from all walks of life envisioned freedom in the early 1960s, and the ways that they expressed these political demands imaginatively as well as with marches and boycotts.