The Despicable Racist Backlash Against "12 Years a Slave"

Elwood Watson is a professor of history, African-American studies and gender studies at East Tennessee State University. He is the author of Outsiders Within: Black Women in the Legal Academy After Brown v. Board (Rowman and Littlefield, 2008), the co-author of Performing American Masculinities: The 21st-century Man in Popular Culture (Indiana University Press, 2011) and the editor of the anthology Generation X Professors Speak: Voices From Academia (Scarecrow Press 2013). 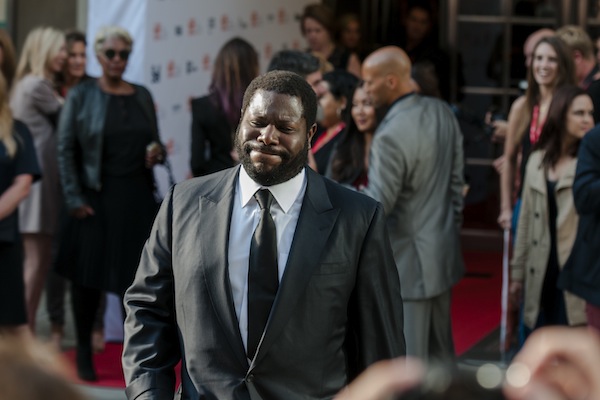 The unprecedented level of cultural pluralism that populated and graced the recent Academy Award ceremony was indeed refreshing and gratifying. Indeed, an unprecedented level of racial and ethnic diversity was seen and witnessed by hundreds of millions of viewers as Hollywood celebrated what is often referred to as its annual, biggest night. Moreover, what made the evening even more satisfying was the fact that history was made in Hollywood on March 2 when the film Twelve Years a Slave directed by black British director Steve McQueen became the first film directed by a person of African descent to win an Academy Award for Best Picture. The film was considered by many critics to be the slight favorite to take home the Oscar over Gravity, a movie that was also directed by a person of color, Alfonso Cuaron who is of Mexican ancestry.

Seeing McQueen jumping up and down after giving his acceptance speech was both slightly amusing but very much more heartwarming. At that moment, he was well aware of the fact that he (along with his writing staff and fellow producers) had shattered previous all-white domination of this category. Twelve Years a Slave with its three academy awards managed to avoid the misfortune that befell The Color Purple another heavily Oscar nominated black themed film directed by Stephen Spielberg that was made in 1985. Purple went 11-0 failing to win any awards tying the record with the 1977 film, The Turning Point directed by Herbert Ross as the films with the most Oscar losses in history. Interestingly, one of this years nominees, American Hustle, almost tied this record as the critically acclaimed David O. Russell produced film nominated for 10 Oscars went home empty-handed.

Not surprisingly, immediately after the Oscars concluded (for many people during the Oscar telecast), the bloggersphere went into overdrive. Millions of people took to Twitter, Facebook, Snapchat, various blogs and websites to espouse their opinions on the film's victory. Predictably, many of the conversations turned to race. Comments such as "affirmative action at the Oscars," "white liberal guilt succumbs to pressure" and other much more inflammatory reactions quickly populated the Internet. Conservative radio host Rush Limbaugh, never a person to shy away form controversial statements argued that the reason Twelve Years a Slave won Best Picture was due to the fact that it contained the "magic" word, slave in its title. He further confessed that he had not seen the film. Imagine. Brazenly commenting on a film you have not seen or a book you have not read. Enough said.

My immediate thought to the brief brouhaha was, would a female themed film have garnered a similar level of vitriol? Possibly, but very unlikely. I further wondered, would American Hustle, Her, Philomena, Dallas Buyers Club, Nebraska and other nominated films have been greeted with the same hostility? With the possible exception of The Wolf of Wall Street, absolutely not!

This is not to say that these movies would have been free from any criticism. The fact is that every Academy Award winning movie has had its detractors since the award ceremony began in 1929. There is nothing new here. But very few, if any critics have used such racially charged and condescending language in denouncing films. This has not been the case with Twelve Years a Slave.

To be sure, there was and has been much positive and supportive commentary celebrating this historic feat from Americans and citizens from all over the world. Nonetheless, the sad, sordid fact is that the criticism and backlash that has accompanied the film's victory from some disgruntled quarters demonstrates that race is still a very powerful variable in our society. This is true even when it comes to Hollywood cinema. This fact is inescapable and undeniable.

Criticism was not confined solely to Mr. McQueen's well deserved victory. There were a number of posts (though not as many) who complained about the fact a Latino, Alfonso Cuaron won best director. Other aggrieved bloggers were distressed at the fact that (in their view) there were too many people of color who were presenters. My response to this was really? Wow? By their myopic logic, I guess we should limit Academy Award participation to people who are white and of Eurocentric ancestry. Really? Please! Give me a break! Such a warped, ethnocentric, primitive, tribalistic mindset leaves much to be desired. Some of these people should realize that it is 2014 not 1954 or 1964 for that matter and get with the program.

The pitiful and quite frankly, retrograde behavior of those supposed "commentators" who graced various websites with their supposedly "insightful commentary" about all that they saw as wrong with this past year's Oscar telecast indicates the undeniable reality that racial consternation is still with us even when it involves events that we all should be universally celebrating from a holistic perspective irrespective of race. For a number of people, race is still the stubborn, rambunctious, unruly and possibly dangerous elephant in the room. This is apparently the case when it comes to the Oscar night in tinsel town. It is a sad commentary on the part of some.