We Should Keep Out of Ukraine 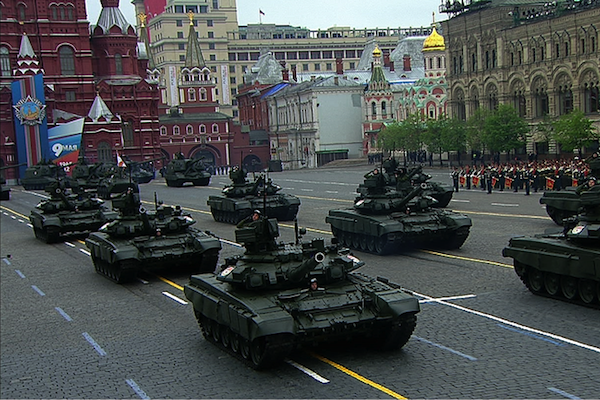 Editor's Note: The following appeared as an open email by William R. Polk to a variety of media and academic figures.

I thought you might consider these scattered thoughts on the Ukraine/Crimea issue -- has it been "upgraded" to a crisis yet.

First, we played fast and loose with our promise to the Russians not to extend NATO into their zone of influence. That proposal, while not a "treaty" and so not passed by the Senate, has, according to the Supreme Court, having been made by a qualified official, whether written or oral, the effect of a legally binding treaty. The official who made the promise was Secretary of State James Baker. On February 9, 1990, he made a deal with Mikhail Gorbachev: the deal was that in exchange for Russia removing its large (nearly 400,000) armed force from parts of eastern Europe, thus facilitating the reunion of the two Germanies, NATO would not move to fill in behind the Soviet troops. Baker assured Gorbachev that “NATO’s jurisdiction would not shift one inch eastward.” That meeting was followed by two others: on February 10, Gorbachev met with Helmut Kohl, then Chancellor of West Germany, who reaffirmed the Baker commitment; at the same time the foreign ministers of West Germany and the USSR met. West German Foreign Minister Hans-Dietrich Genscher again reaffirmed the commitment, saying “for us, it stands firm: NATO will not expand to the East.” The issue then was East Germany.

When the Soviet Union fell apart, the agreement was “overtaken by events” and NATO moved East despite Boris Yeltsin’s complaints. He was, of course, unable to protect his side of the deal. What started with East Germany was soon to be spread into the Balkans where Bill Clinton asserted American power and demonstrated Russian weakness. One after another various of the former Soviet satellites (the Czech Republic, Hungary and Poland) and eventually some former Soviet republics (Latvia, Lithuania and Estonia) joined NATO. Behind the scenes, there have been various moves to get the Ukraine to join the alliance.

One does not have to be a Russian expert to see why this bothers the Russians: they have had, at least since the Anglo-American invasion of Russia that tried to topple the Bolshevik government in 1918-1920 and the German invasion of 1941-1945, a fear of “encirclement.” Even if this is just paranoia -- and clearly it is more than that -- it is a compulsion. To grasp its essentials, reflect on American attitudes toward the banana republics of Central America, the fear of Mexican involvement with the Germans in the First World War (the Zimmerman Telegram issue that got President Wilson to declare war) and our concern with the possibility that Russian bombers might cross Alaska from Siberia (which was the cause of our intensive aerial intrusions into Siberia). In short, nations are always nervous about their frontiers. On at least this part of the problem, Putin has a point.

Second, on the position of the Crimea, the Russians have a historic and strategic interest. The British and French showed them that it was the backdoor to Russia. And the Germans saw it as potentially the front door to Central Asia. If we feel an interest in Panama, we should at least understand their feeling about the Crimea.

Whether it is right or not is another story. Getting a warm weather port has been an Russian objective since at least the time of Peter the Great. But it was an objective hard to achieve. After all, Crimea was for centuries a part of other empires (the Mongols and Ottomans, among others).

Once they got it, the Russians both consciously and unconsciously consolidated their position. Like the Chinese in Tibet and the Uighur and other Turkish areas of Central Asia, the Russians in large numbers have set themselves up throughout the southern and eastern parts of the former Soviet Union, creating as they did, a "national" interest for Moscow in those areas.

Minority immigrant community relations create very thorny problems in international relations, and no one has worked out a viable solution to them. They can cause or at least excuse military action (as “protecting the Germans” did for the Nazis). In the research I am now doing on American overseas military action, the Congressional Research Service has supplied me with well over a hundred instances of the employment of U.S. troops to protect Americans in other countries.

And this “interest” spreads beyond the ethnic to the cultural domain: young natives throughout Turkic Central Asia, for example, learned that if they wanted to get ahead in life, they had to learn Russian and adopt Russian habits. So over time they became quasi-Russian. I am very out of date on personal knowledge of the area, but when I visited Tashkent and Bukhara in the 1960s, I found that there was a blending of populations and cultures that had created a different political reality.

So much for the Russians. What about us?

Even assuming the inclination or the right to get involved, what could we or anyone else do that would work?

First, let's recognize that threats won't work. The Russians are not a "little people." If we want a nuclear catastrophe, this is usually recognized (at least in all the war games I know) as a good place to set it off.

Nor will sanctions work: we can do more or less what we want with the Iranians -- or at least thought we could -- but if we impose sanctions on Russia, what will keep them from imposing sanctions (especially on energy) on Western Europe? No wonder Frau Merkel speaks with a moderating voice. And the supply of energy is not the only card in their hand.

We can do things that make life uncomfortable for those Russians who want to travel abroad. (like withholding visas or freezing bank accounts) but, ironically, the Russians who travel are the ones who are more or less on our side. There is a history to this policy: we made life tough for a lot of Iranians after the Revolution so, for example, all the senior officials of the Shah’s government had a lot of trouble establishing new lives, like my friend Khodadad Farmanfarmian, who had been governor of the Central Bank. The mullahs must have thought that very funny. They had put him in prison and probably would have executed him had he not escaped.

And the neocons are right. These are just pin pricks. They will annoy, but they will not change policies. So, do we really want to annoy the Russians? I am sure Mr. Putin would welcome our help in rallying the Russians to his side. As Hitler learned, even those Russians who hated the Communist regime were nationalists and their sense of nationalism overcame their disdain or fear of Stalin. Putin may not be a likable man, but he is no Stalin, and we are turning him into a national hero.

Wouldn't it be smarter (and more to our interests) to help the Russians and the Ukrainians to work out a practical solution? Preferably our role in this would be subtle and supportive rather than overt and threatening -- that is, if we want it to succeed. What good does it do us to have the Ukraine in NATO? To be honest, I have thought that the value of NATO has been at least questionable for years. I believe we would be safer to move away from the NATO mindfix. But we must be careful that we don't jump from the frying pan into the fire. So what is the fire?

There could be a big fire in the future. As the great Conservative English statesman, Edmund Burke, eloquently said (to un-listening successive generations) when institutions are destroyed -- he was speaking of the French Revolution but if he were alive today I think he would say similar things about Iraq, Libya, and other regime changes -- what happens next is unpredictable except that it is often horrible.

I am very ignorant on the Ukraine, but what I read gives me the willies. Are there really bad guys and good guys, thugs and peaceniks, tyrants and democrats? I suppose so, because we see them almost everywhere. But do we know who is who? And even if we do, when we get involved in their street fights, and help them to tear apart such civility as they may have and such institutions as they have created, we are asking for the kind of messes we see so clearly now in Libya and the catastrophes we watch in Syria, Iraq, Afghanistan, Somalia, et al. In my old age, I have come to think there was much to be said for Burke.

What would we like to see and would also be possible or likely in the Ukraine? I don' see much if anything very attractive on either side.

My feeling, in short, is that we would do well devote our energies to trying to clean up the messes we have helped to make elsewhere and keep out of the Ukraine.