Enough With the Hitler Analogies

Christian Karner is co-editor of The Use and Abuse of Memory: Interpreting World War II in Contemporary European Politics and author of Negotiating National Identities, and Ethnicity and Everyday Life. 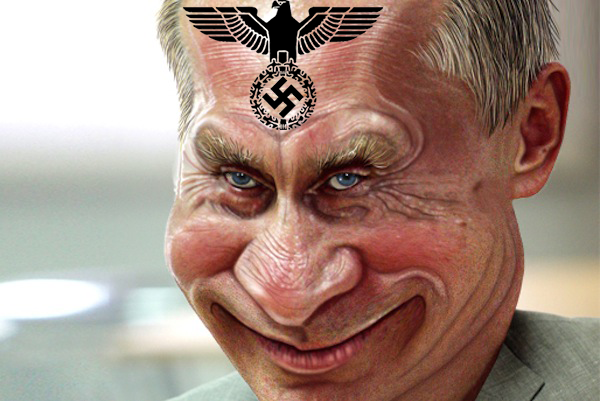 The widely discussed “memory boom” of recent decades, and its particular focus on World War II and the Holocaust, have been enormously productive and much needed. As a result, our epistemological appreciation of the relationship between memory and historiography has become more nuanced. The lives of the persecuted, oppressed and murdered have at long last been more widely remembered, discussed and mourned. And formerly highly simplistic narratives of various national pasts have, often thanks to increasingly vocal and critical public spheres, been subjected to long overdue debate and re-examination.

However, not all apparent recollections of World War II answer so productively and responsibly to the moral imperative to remember its millions of victims. There are other kinds of invocations of Nazism and the Holocaust, whose aim is not to remember this past, but to ignore and conflate its defining differences from the present. As shown in our inter-disciplinary collection of essays on The Use and Abuse of Memory, some such invocations employ a wide variety of semiotic and discursive registers in the service of often deeply problematic, frequently self-interested, and at times positively hair-raising analogies. Over recent years, and again in recent weeks, suggestions that now compares to -- or even “is like”-- then have been made in a diversity of local, national and international contexts: from urban graffiti to political speeches, statements and rhetorical comparisons emanating from either end of the ideological spectrum; from popular culture to some of the slogans and placards by anti-austerity protesters likening Merkel to Hitler; from radical soccer fans’ chants to examples of literary and cultural production; and from what Michael Billig famously describes as the domain of “banal nationalism” to prominent interpretations of acute political crises.

So how are historians and social scientists to respond to such attempts to make sense of select present circumstances through leveling comparisons with World War II, the systematic, state-organized mass-murder of millions and the attempted erasure of their collective history? The question is particularly pertinent if we consider that the professional raison d’être for many trained in the social sciences and humanities centers on the attempt to prevent potential recurrences of past atrocities by being on the look-out for possible structural or ideological commonalities. In some instances, for example in the seminal albeit very different interpretations of the Holocaust offered by Zygmunt Bauman and Yehuda Bauer respectively, we see that the extrapolation of deeper conditions of possibility that could potentially recur need not necessarily distract from the very particular context and crimes being discussed. Of course, the subtlety and rigor of such scholarship could not be any further from, or more principally opposed to, the crudeness and superficiality of many a false analogy encountered in political rhetoric and everyday discourse.

To get a handle on the latter, the often distorting and inflationary misuse of the past for the purposes of making pronouncements on the present, we are well advised to remember Jan-Werner Müller’s criticism of “analogical reasoning”: historical analogies, Müller shows, often side-step critical reflection on any of the contexts being linked, sacrificing acknowledgment of complexities and contextual particularities for the rhetorical creation of “instant legitimacy”. From these observations one may derive an analytical strategy for approaching historical analogies critically, whereby we ask which contexts are being compared, by whom, how, by which rhetorical means, and with which ideological intentions. Put differently, analogies are speech acts of sorts, they seek to persuade and they usually advocate a particular course of action, often in response to circumstances that are felt to be difficult or threatening. This in turn raises an additional question: a sociologically sound response to historical analogies also needs to interrogate what it is about a particular present context that triggers attempts to convince an audience of a future-directed strategy informed by inductions being made from a carefully selected, yet decontextualized past.

Applied to two prominent recent examples, such a strategy bears analytical dividends and underlines the profound differences between ethically motivated memories and politically driven analogies. Taking the example, already alluded to earlier, of Greek anti-Troika protesters semiotically linking Merkel to Hitler, the following analytical response may be sketched. The triggering circumstances for such analogies of course need to be located in the social costs of austerity, the staggering levels of unemployment, and high as well as rising levels of poverty in crisis-stricken Greece; this socio-economic context has arguably made protests both inevitable and necessary. However, some of their symbolic forms and registers most definitely need more careful scrutiny. The contexts being analogically linked in protests of this particular kind are thus both being distorted beyond any recognition: the crimes of Nazism are belittled, while Merkel is demonized, and the Holocaust is either forgotten altogether or conflated with Greeks’ contemporary destitution. In terms of historical epistemology and the ethics of memory, such conflations and silences surely need a strong response.

The current case of World War II analogies being applied, seemingly on both sides of a deepening and deeply disconcerting divide, to the crisis in the Ukraine poses further challenges. While more than one Western commentator has likened Putin’s annexation of Crimea to Austria’s Anschluss to Hitler Germany in 1938, Russian depictions of the new government in Kiev as “fascist” tap into obvious, similarly charged cultural memories. Whether the former comparison, and the inductions and projections it transports, has any validity remains to be seen. That the second comparison deliberately distorts what fascism is and manipulates Russian memories of it is obvious. Both analogies are part of argumentative strategies that are employed in a situation of acute, and potentially far-reaching political crisis. It is doubtful that either analogy will do much to help de-escalate this frightening scenario.

The “memory boom” has enriched our lives, sensitized our scholarship, and helped create publics more critical of their past and more conscious of the suffering and oppression that are key parts of it. The same cannot be said about the current “analogy boom.”