Benjamin Waterhouse is an assistant professor of history at the University of North Carolina, Chapel Hill. He is the author of Lobbying America: The Politics of Business from Nixon to NAFTA. 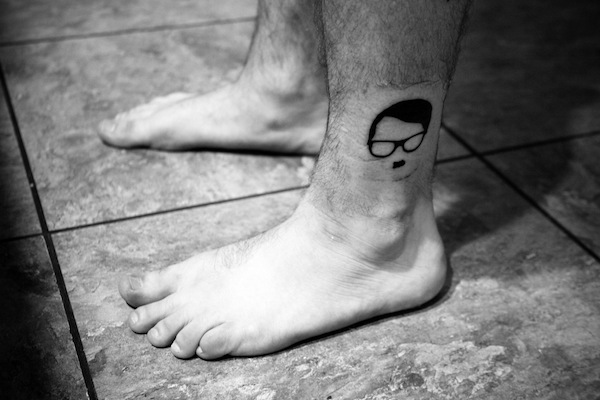 Home Depot co-founder Ken Langone found himself in hot water following a remark whose offensiveness was tempered only by its historical ignorance. In an interview with POLITICO, Langone declared that economic populists -- ranging from Tea Party Republicans to pro-regulatory Democrats to Occupy Wall Street (OWS) protestors -- represented a new incarnation of “what Hitler was saying in Germany” in 1933. Criticizing their complaints about income inequality and powerful financial institutions, the prominent GOP fundraiser warned: “You don’t survive as a society if you encourage and thrive on envy and jealousy.”

Critics were quick to pounce, and Langone walked his remark back a few days later and claimed he only meant to discourage divisive politics. Yet his “populists are like Nazis” zinger joined a mild chorus of similar comments by wealthy business people that seem to dot the media world regularly these days, despite the well-established rule that whoever invokes Hitler automatically loses the argument. The obvious take-away here is that American political discourse is in a lamentable state, and that certain conservatives have done a shockingly good job redefining fascism as extreme Leftism rather than extreme Rightism. But there’s more to it.

The Langone story raises a larger lesson, though: Business people have historically been more politically effective when they shelve the hyperbolic (not to mention baldly false) attacks and instead engage public policy issues strategically and in measured tones. Looking back over the twentieth century, I contend that business leaders had a bigger influence on politics when they toned down the crazy.

Smearing the other side as not only wrong but evil and un-American has an illustrious history in American politics, and corporate interests have certainly played their part. Until quite recently, nearly all the slurs aligned progressivism with Communism or Socialism -- a strategy still very much on display in conservative circles. But in spirit, if not ideological consistency, Ken Langone joins a long line of business people who invoke the “Big Bads” of world history to denounce their opponents.

This sort of thing has always taken place, but the vitriol of business-led attacks took on a renewed urgency during the New Deal. Although most elite business leaders, including the U.S. Chamber of Commerce, supported Franklin Roosevelt’s National Recovery Administration (NRA) in 1933 and 1934, their fidelity weakened as FDR embraced less overtly business-friendly policies. For many, Social Security and the National Labor Relations Act in 1935 represented the final straw. Irénée du Pont, head of the eponymous chemical company, attempted to rally business people to his anti-Roosevelt American Liberty League and declared the New Deal to be “nothing more or less than the Socialistic doctrine called by another name.”

The Cold War only upped the ante, as many business elites framed their politics as a defense against creeping socialism. In the late 1950s, wealthy candy manufacturer Robert Welch organized the John Birch Society to oppose New Deal “collectivism,” and business groups played the “Communism” card to protest everything from Keynesian economics to unionization drives to consumer product regulation. Pamphlets and educational films by the U.S. Chamber of Commerce carried titles like “Freedom v. Communism,” and corporate leaders regularly opined that, by supporting liberal policies, “the public unwittingly destroys the free market. (Business conservatives were not alone in this strategy, of course; opponents of racial equality constantly assailed the civil rights movement as a Communist plot.)

Note that the heyday of this public invective came when business conservatives were on the political defensive. That tide began to shift in the 1970s with the political mobilization of American business. Not coincidentally, business people achieved greater policy clout when they strategically changed the way they engaged the public. By minimizing the outlandish analogies and injecting themselves more thoughtfully into policy debate, both through public outreach and direct lobbying, business leaders translated their economic oomph into political power.

The push to moderate business leaders’ public rhetoric began in the 1960s. A new generation of leaders at the arch-conservative National Association of Manufacturers, for example, purged their group of Birch Society members and rejected isolationism in foreign policy. By the late 1970s, the manufacturers hailed the creation of a “New NAM,” which promoted concrete policy recommendations rather than jeremiads as a vehicle for “supporting the business viewpoint in the governmental process.”

Other business groups likewise learned the value of strategic, issue-oriented activism. “The business community,” said Alcoa CEO John Harper in 1973, “just has not been communicating effectively, and this has led to a poor understanding of our economic system; and this has led to unwise laws and regulations.” That spirit led to the creation of the Business Roundtable, a powerful lobbying group of Fortune 500 industrial corporations.

The extremist rhetoric never vanished completely, of course. Throughout the mid-1970s, Chamber of Commerce president Richard Lesher toured the country asking “Can Capitalism Survive?” in the face of such affronts as the Environmental Protection Agency.

But the overwhelming lesson of business’s political mobilization in the 1970s -- which proved vital to weakening labor laws, curbing consumer protection regulations, lowering taxes, and liberalizing global trade -- is that direct engagement worked better than screaming epithets into the wind. Most business conservatives realized that, and achieved real influence as a result. Ken Langone and his crowd are the heirs of that successful strategy, but don’t show any signs of continuing it.
comments powered by Disqus