My Shocking Confession: I Love Congress

Ray Smock is director of the Robert C. Byrd Center for Legislative Studies at Shepherd University in Shepherdstown, West Virginia. He served as Historian of the U. S. House of Representatives from 1983 to 1995 and was a planner of the bicentennial commemoration of Congress in 1989. 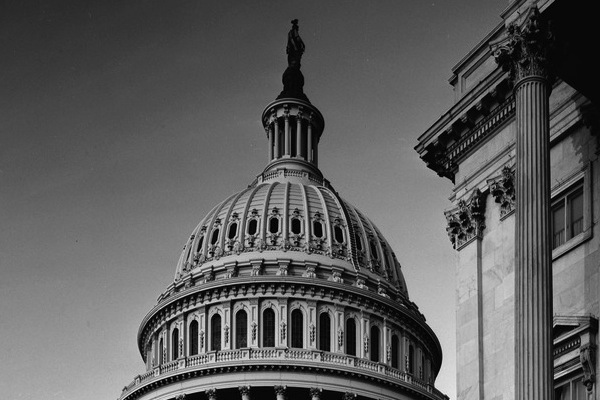 I have a confession to make. I love the United States Congress. I don’t recall hearing that from anyone else lately; although I do know there are others who could say the same thing. If you can trust the latest poll only 9 percent approve of the current Congress and I doubt most in that group would go so far as to profess love for the institution.

My expression of love and respect for this vital American institution is not based on its current state of dilapidation and dysfunction. It is based on its survival and its level of success over two hundred twenty-five years in finding ways to make representative democracy work. It has, in greater and lesser degrees at different times in our history, fulfilled its responsibilities under Article I of the United States Constitution.

It was Congress that wrote the Bill of Rights, created the federal court system left vague in the Constitution, and created the cabinet offices used by presidents since George Washington. Every good law and every bad law has come from Congress. Every national policy is filtered through Congress. Every dime spent and every tax dollar levied in the past two hundred twenty-five years and every debt incurred and debt paid, has come from the action of Congress. The United States is the product of a remarkable and complex set of partnerships of Congress with the people, with the presidency, and with American business, tempered from time to time by the Supreme Court.

We have a hard time putting a personal face on Congress in the same way we can the presidency or the Supreme Court. Only forty-three individuals have been president and we measure our political history by their administrations. Only seventeen individuals have been chief justice in the past two hundred twenty-five years, and only one hundred twelve individuals have served in the entire history of the court. The court’s history too, is often measured by the name of the Chief Justice.

But in the “people’s branch” more than 11,200 people have served in the House and 1,950 in the Senate (with over 600 serving in both House and Senate). What face do we put on it? Instead Congress gets other labels, like the famous 80th Congress in 1947-48, which President Truman called the “Do Nothing” Congress, even though that Congress passed considerable significant, far-reaching legislation.

Over the years thousands upon thousands of books have been written about United States history from the perspective of the presidency, we have a system of presidential libraries and museums to the modern presidents since Herbert Hoover which are paid for and maintained with ample private and taxpayer dollars. Yet nothing comparable exists for Congress. True, there is the magnificent Capitol Visitor’s Center, but this is not a research facility.  Across the street from the Capitol is the great Library of Congress, but it is not the depository of the official records of Congress. The voluminous official committee records of Congress, almost as extensive as those of all the presidential libraries, are housed at the National Archives in Washington, DC, but are owned and controlled by Congress.

Maybe we would appreciate Congress more and understand it better if we knew more about it. But not just from the stuff of daily headlines and tweets, not through the distorted lens of mind-numbing partisanship, but a good hard look at the remarkable achievements, the colossal failures, the great wisdom and the utter stupidity that define this great experiment in government.

The history of Congress after two hundred twenty-five years is the greatest story never told. We don’t know Congress as well as we should because we have never studied it as systematically as we have the presidency or the federal court system. The story of Congress is filled with charlatans and frauds and also with noble men and women who have defended the Constitution, understood the importance of the legislative branch as the fulcrum of our government, and devoted themselves to making government work on behalf of the American people. I wish the United States Congress a Happy 225th Birthday. I hope this marvelous institution is still functioning a hundred years hence, or two hundred years hence, or for as long as the people of the United States value freedom and democratic government.

To raise awareness and to promote the study of Congress from its own records, the Association of Centers for the Study of Congress sponsors Congress Week in the first week of April each year. It was in April 1789 that the House and Senate achieved their first quorums and launched the government of the United States.