Want to See How Afghanistan Will Turn Out After the U.S. Withdrawal? Look to Latin America

Alan McPherson is professor of international and area studies at the University of Oklahoma and the author of The Invaded: How Latin Americans and Their Allies Fought and Ended U.S. Occupations. 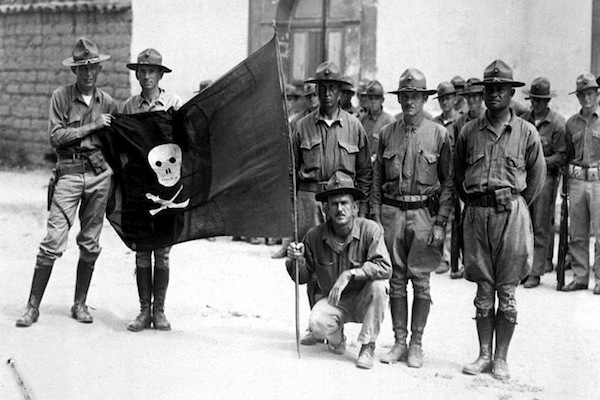 Many who reacted to President Obama’s recent suggestion that he might pull out all U.S. troops from Afghanistan by December have used the U.S. occupations of Germany and Japan after World War II to argue that troops can bring the security and stability needed for long-term nation building.

Although the occupations in Europe and Asia were logical responses to wars against the United States just as the U.S. invasion of Afghanistan followed upon 9/11, the analogy should end there. Successful nation building does not depend mostly on the occupying force but rather on the capacity -- more important, the willingness -- of the occupied society to carry it out. The Germans and Japanese under occupation had the capacity to rebuild their nations simply because they had already been industrial, centralized nations before the war. They also had the willingness because anti-Nazis in Germany and anti-militarists in Japan, who hated the ideologies behind the aggression of their nation, were now in charge.

A far better analogy for the situation in Afghanistan takes us back a generation further, to the U.S. occupations in Central America and the Caribbean around World War I. Then as now, the United States perceived a security threat -- German gunboats, schemes to build another canal in Central America -- that compelled them to occupy small, poor, agricultural nations.

Like Afghanistan, those places strained the definition of “nation.” Nicaragua (occupied 1912-1933), Haiti (1915-1934), and the Dominican Republic (1916-1924) were all afflicted by caudillos, strongmen whose power rested on their control of small private armies and especially their ability to resist centralized power. “Leaders” in Managua, Port-au-Prince, and Santo Domingo were beholden to these regional power brokers. Presidents were weak, corrupt, and isolated. They expressed nationalism but didn’t really care about the future of their country. Such characters should sound familiar to anyone who has dealt with Hamid Karzai.

Seeing decentralization as debilitating to security or development, occupying Americans tried to build nations. They had locals build roads and string telegraph wires alongside them. They funded hospitals and reorganized schools. They surveyed lands, to make them easier to buy and sell. Most important, they trained national constabularies that were, for the first time, able to use those roads to put down any caudillo’s regional challenge.

None of it magically created the “national feeling” that occupiers wanted. It didn’t help that Americans also used forced labor, torture, racism, and strong-arm diplomacy to speed up nation building. But even without such brutality, centralization was a pipe dream that barely advanced, even after decades of occupation.

The unwillingness of Latin Americans to centralize and adopt other behaviors of industrialized democracies was made most evident, as it is now in Afghanistan, when talk of withdrawal came up. After World War I, when the Germans no longer threatened the Caribbean basin, the strategic rationale for troops evaporated. Even violent insurrectionary movements had been wiped out or had laid down their weapons.

So it was time for U.S. troops to go, but they soon learned that withdrawal would be a long, drawn-out process that entailed coming to terms with the painful reality that nation building had failed. Marines oversaw elections in each of these three occupations, but in each, candidates made wild promises and vicious accusations while they betrayed political allies. They remained wedded to personalism, following leaders who presented absolutely no program for the betterment of their nations. They continued draining the treasury and using governments not to implement policy but to hand out jobs to friends and family.

American occupiers were without good options, as the Obama administration is today. If they insisted on keeping a high level of troops, they faced calls for “self-government” from Latin Americans and cries from back home that the money would be better spent in the United States, especially as the Great Depression stifled budgets. If they kept a small amount of troops in country, as they did in Nicaragua for thirteen years and as Obama is now considering, those troops merely propped up a puppet government that fell as soon as they left. And the more Americans negotiated withdrawal agreements, the more they gave in to Latin American demands to control their own politics. Delay, then as now, was a losing strategy.

When the Marines did leave the Caribbean, the result they witnessed in each occupation was the worst of all worlds: dictators used the coercive power of national constabularies to destroy, rather than build up, what incipient democracy there was. Anastazio Somoza in Nicaragua, Rafael Trujillo in the Dominican Republic, and eventually François Duvalier in Haiti crushed caudillos and “nationalized” power without the required nationalism.

The lessons for Afghanistan today are dispiriting and opaque. There will be no happy ending, no riding into the sunset. Leaving earlier rather than later, as most Americans seem to want, makes sense, but isn’t a panacea. Afghans will sooner or later have to face their own demons and progress at their own pace. Peoples cannot be forced into nationalism; they must build it through their own initiative, trauma, and tears.