Are We Giving Cesar Chavez too Much Credit? 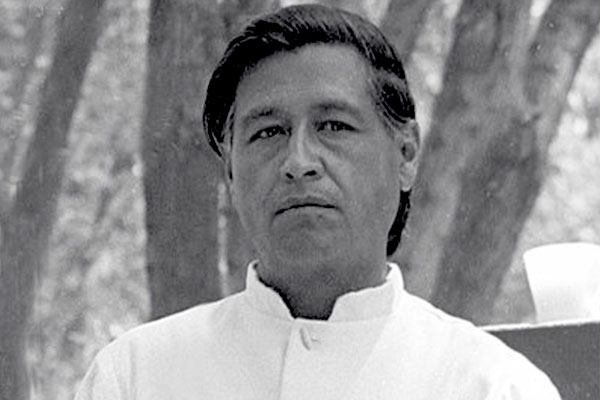 In anticipation of the premiere of the movie Cesar Chavez, and immediately thereafter, commentary circulated critical of the film’s central narrative on the leader for which it is titled.

Critics pointed out the minimization of the role of people such as Dolores Huerta (the National Farm Workers Union’s founding vice-president), Helen (Cesar’s wife), Larry Itliong (the labor leader of Filipino workers that initiated the Grape Strike of 1965), and the supporters of the farmworkers movement from all walks of life. These are valid points that subsequent motion pictures on the experience of Mexican-origin farmworkers can focus greater attention.

I am culpable of this rather imperious criticism.

When an English department colleague with whom I co-teach a course on the Sixties suggested we assign the film to our students, I replied that the early buzz was that Cesar Chavez was hagiographic—a trite criticism that many privileged sons and daughters of el movimiento (the Chicano Movement) have vouchsafed to suggest an elevated insight in relation to recent histories that reveal the shortcomings of Cesar’s leadership.

One flaw being his refusal to delegate control of the union’s authority to his subalterns at the union’s headquarters in Delano, California and organizers in distant parts of the nation who found themselves empowered by Cesar’s focused determination for social justice.

But Cesar was a human being.

My colleague reminded me that we assigned Spike Lee’s Malcom X and Rob Epstein’s documentary The Times of Harvey Milk. Both hagiographic films.

As a veteran of the protean movements of the Sixties, she pointed out the significance of these movies lay in how they portrayed the struggle and sacrifice of people for civil rights. Cesar Chavez accomplished this forcefully.

The film highlighted the realities of what farmworkers experienced in the past and present. People who watched the film were brought to tears by episodic scenes of farmworkers, Filipino and Mexican, being terrorized by vigilantes.

Cesar Chavez also illustrated the feudal rule of the agricultural industrial complex consisting of growers interlocked with the institutions of law enforcement, politics, agencies of the state, and finance.

In fact, prior to the Grape Strike of 1965, citrus mogul Charles Collins Teague coordinated the resources of such interests in the creation of the Associated Farmers in the 1930s to bust unions.

This translated to a culture of violence inflicted on farmworker families that entailed grinding economic deprivation, substandard housing, the fragmented schooling of children, and work conditions that denied campesinos (fieldworkers) basic human rights such as free and clean drinking water and porta potties for men, women, and teenagers to relieve themselves.

Another scene of the movie depicted how helicopters hovered directly above the picket line of striking grape workers of the San Joaquin Valley. As picketers dispersed, Kern County law enforcement officers pursued them as they wielded their batons.

A similar event occurred in Ventura County, the community where I was born and raised and whose single-parent abuelita(grandma) from Batopilas Chihuahua in Mexico toiled in the strawberry fields of the Oxnard Plain with her three teenage daughters. She too was an activist of the la union de campesinos, the United Farm Workers AFL-CIO.

In 1974 over six hundred Ventura County strawberry workers joined Cesar’s UFW. Like the grape workers in Cesar Chavez, they went on strike to win a living wage and humane labor conditions.

As strawberry workers picketed one field in the suburb of El Rio, a Ventura County Sheriff helicopter hovered directly over them to break the protest line. When strikers allegedly threw rocks at the aircraft and defended themselves they were arrested and charged with felony and misdemeanor charges of assault and trespassing.

The use of the department helicopter to intimidate the strawberry strikers ceased only after a recently elected county supervisor of Irish Catholic descent made the demand to the sheriff.

In listening to the stories of farmworkers and their allies, the film poignantly shed light on this abuse. Therefore the film succeeded in exposing the exploitation inherent within industrialized agriculture and the collective struggle of people to overcome.

So the film is both inaccurate and is true.

It is the former because it is a commercial representation of a complex narrative embedded with the usual contradictions of history. For example, as Cesar Chavez depicted, farmworkers themselves were prone to violence. Indeed, Cesar embarked on a 25 day fast in 1968 to recommit his movement to nonviolence. He also admonished people not glorify farmworkers as they were people like everyone else.

At the same time, however, Cesar Chavez is true in its conveyance of a narrative of struggle and perseverance through the life of one person.