Would You Want to Be Elected President of Afghanistan?

Ali A. Olomi is a historian currently pursuing a Ph.D in intellectual and cultural history of the Middle East at UCI. 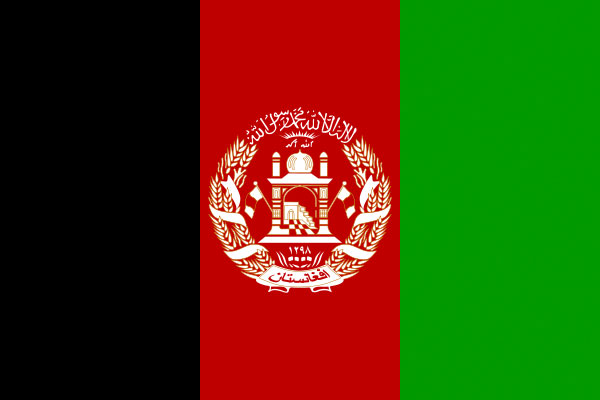 With the presidential elections taking place in Afghanistan, the country stands at an interesting crossroads in history. Afghans will be going to the polls to elect a new president and though symbolically they are marking the beginning of a new chapter, Afghanistan’s not-too distant past holds some striking similarities to what is currently going on.

Many Afghans have lived for the better part of a decade under the presidency of Hamid Karzai, but those with longer memories will recall their first president, Daoud Khan. Seizing power from his cousin, King Zahir Shah, Daoud Khan proclaimed himself president and established Afghanistan as a republic on July 17th 1973. The crises faced by Daoud Khan are not unlike what the next president of Afghanistan will be facing. Daoud Khan’s republic relied heavily on the Loya Jirga, the assembly of nominated and semi-elected tribal leaders. This institution replaced the constitutionally elected representatives under Zahir Shah which assembled again during the interim government to form Afghanistan’s constitution and establish its political structure. The bicameral National Assembly is based on the Loya Jirga. This legislative body is relatively weak and heavily divided as a result much of Afghanistan’s political power rests with the president and Hamid Karzai has wielded that power in decisive ways that are sure to set a precedent.

Daoud Khan’s republic also faced a similar problem. While nominally committed to the idea of democracy and republican ideals, the weak legislative body left Daoud Khan with a level of power that made him more a de facto dictator than a president. He was certainly committed to social reform and the economic development of Afghanistan and during his presidency the country saw some wonderful improvements in the quality of life, labor, women’s rights, education, and much more.

Yet, despite the centralization of power in the figure of the president, Afghanistan is a country where governmental power and control does not flow easily. While much of the governmental power resides with the president, he is unable to easily exercise the power in a country with inaccessible provinces, remote villages, and populations more committed to tribal identities than national ones. The apparatuses of control and power are ineffective in Afghanistan where a remote village is removed from Kabul geographically as well as socially and politically. The inability of the central government to enforce any sort of national agenda on the whole country leaves it open for fractures from within. Political factions form, there are revolutionary movements, and outright rebellions. This was a problem that Daoud Khan faced and what Afghanistan continues to face today.

Under Daoud Khan, the Communist People’s Democratic Party of Afghanistan was increasingly divisive and rebellious and today Afghanistan faces numerous political factions competing for power. From the Afghan Social Democratic Party to the Hezbi Islami and a dozen more, political competition has led to a fractious political climate—fraught with corruption—that is tenuously held together. Several of the major political parties have pushed for some level of autonomy from the central government—something that Daoud Khan faced with the Communist People’s Democratic Party.

In the more extreme cases, there is outright rebellion. Daoud Khan faced an open coup which he successfully put down, but eventually was overthrown and killed during the Saur Revolution. During his presidency he fought to suppress Islamic fundamentalist rebels. These rebels took advantage of the fact that the president could not easily deploy his power to successfully launch their attacks. They set up their bases in villages that were sympathetic to their cause, would find areas where government control was minimum, and even found foreign allies who supported in their cause like Pakistan’s Zulfiqar Ali Bhutto. Today, the president of Afghanistan faces the Taliban, the Haqqani, and other insurgent groups. The Taliban have managed to successfully hold several provinces and cities in Kandahar where they are just out of reach from the government and the Haqqani network navigate the border between Pakistan and Afghanistan.

The issues facing Afghanistan today parallel the problems it faced in its past attempt at democracy. But Afghanistan also faces new problems as well. In addition to its old familiar political troubles, Afghanistan is now one of the leading producers of opium, is one of the most economically impoverished nations in the world, and has a devastatingly low literacy rate to name a few. Afghanistan continues to rely heavily on US military and economic aid and yet politically the relationship with the United States has chilled due to the failure to sign the security agreement.

Both new and old problems stem from a variety of factors, but the most prominent and consistent issue is the distribution of power. Like under Daoud Khan, power is centralized in the president. It is the president that sets the agenda both in the domestic arena and the foreign arena and it is the president that wields the most political power over the other two branches of government. The problem is that Afghanistan’s president has no effective means of deploying that power outside of Kabul. While he holds much of the political power, each of the different provinces or waliyat are run by their own governors who often have at hand their own personal militia and troops loyal to them. These governors are nominally loyal to the president, but many are relatively autonomous. They run their provinces as they see fit, appointing tribal leadership, and enforcing their own laws. In addition to provincial governors, several places are run by insurgents, warlords, and drug producers. It is this facture in power that allows insurgency to thrive. Like a weed it finds its way in the cracks and manages to take root. After a decade long war, the Taliban continue to have strongholds in Kandahar and other parts of Afghanistan because of these cracks in the power, because of the semi-autonomous nature of the provinces, and the inability of the Afghan president to successfully deploy his power in those regions. While the president contends with the political factions in Kabul, insurgents outside of the capital rise up with their own claims to power and their ability to violently rebel.

And this is a problem that is not going to be solved easily because the problem stems from the very institution that is attempting to hold it all together—the political structure. It is the structure that allows the president to consolidate all the political power and it is the weakness of that structure that is unable to overcome the terrain of power to effectively impose law and order.

Last time Afghanistan faced similar problems, it culminated in a bloody revolution, the eventual fracturing of the country, and the subsequent rise of the Islamic fundamentalist rebels. If history is any indication, then the election in Afghanistan is a true crossroads in its history; either the country learns from its own past or it tragically repeats it.