Dr. David Stefancic is a Professor of History at Saint Mary’s College/Notre Dame 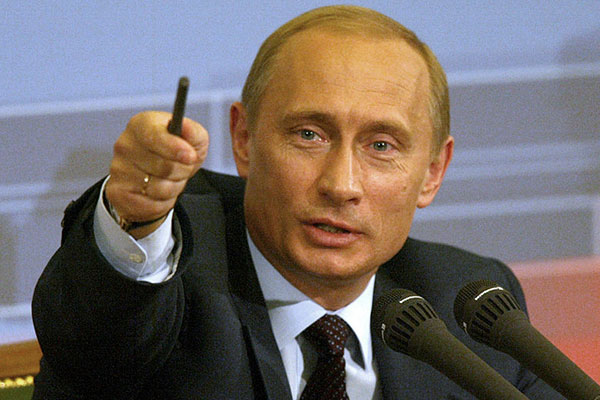 "Those who cannot remember the past are condemned to repeat it." --  George Santayana

These are wise words.  They are quoted often.  So why does no one pay any attention to them?   Better to combine Santayana with Ambrose Bierce’s advice to “see things as they are, not as they ought to be”.   This is most important in viewing Vladimir Putin, Russia, and Ukraine.

The West is wringing its collective hands on what to do about the Russian annexation of Crimea from Ukraine and responding with surprise as if this all came out of the blue.  The US and the West have acted totally shocked over the incident. The West has accused the Russian leadership of acting in a 19th century manner. No, they are not.    All they are doing is acting in a Russian manner.  They have been acting like this long before Putin.

In 1995, I wrote an editorial for the Scripps-Howard news service about the battle between Westernizers and Slavophiles under Boris Yeltsin.  One of Yeltsin’s protégés was a former KGB officer named Putin.  I stated that Russia was turning away from co-operation and links with the West and moving back to her traditional Slavophile stance of great pride in Russia and her prominence on the world scene.  Russia as a world power meant a return to the Russian Empire, if not now then in the future.  What we would see is a new Russian empire with the return of her former possessions, like Crimea and parts of Georgia.

What Putin is doing is simply falling in step with a long line of Great Russian leaders.  He sees himself as the descendent of Ivan Grozny, Peter the Great, Catherine the Great and Josef Stalin, not as George Bush saw him by looking into his eyes and seeing his soul or as Barrack Obama saw him as a kindred spirit ready for a reset button.  Such policies are utter nonsense and totally devoid of historical perspective.  Putin views himself as the embodiment and defender of Mother Russia and all Russian ideals in the same way that Stalin and Peter the Great did in their time.  He came to power after a period of chaos and weakness comparable to a modern Time of Troubles following the reign of Ivan the Terrible and wants to rescue Russia from the vultures lurking on her borders.

In a speech in 2005, Putin described the demise of the Soviet Union as the greatest catastrophe of the century, leaving tens of millions of “our country men “ living beyond the fringes of Russian territory.   The West should not be shocked when he “responds” to the calls for aid by those stranded Russians surrounded by Ukrainians, Georgians, Romanians, Muslims and a host of others who are portrayed as threatening them.  Russia’s traditional enemies, Poland and the West, are perceived to encourage these peoples to strike at the Russian state and the Russian people.  Putin is there as their guardian angel just as Russia claimed to be the protector of Christians in the Ottoman Empire in the 19th and early 20th century, which was simply a cover for Russian expansion.  All Russians should live under the protection of Mother Russia.  Get the idea?

The West has proven to be befuddled when Putin acts like a Great Russian politician.  They took him at his word that he would not attack Georgia or invade Crimea and are shocked when he does.  Fool me once shame on you, fool me twice and I am a fool.  Russians respect Strength but the West has shown nothing but weakness.  Europe has become addicted to Russian oil and thus is at her mercy.  The US pulled out of an agreement for the placement of a defensive missile and radar system within Poland and the Czech Republic because the Russians didn't like it.  Georgia, Western leaning, is left in the lurch when Russia invaded her territory in 2008.  Emboldened by the lack of Western response, Putin saw no reason not to invade Crimea when the opportunity presented itself while the West marveled at the Potemkin like village known as Sochi Olympics.   Eastern Ukraine may be the next victim but will he stop there?    Russians live in the Baltic states, Kaliningrad, which is between Poland and Lithuania, Moldova and Transnistria , and so on.  One Russian official has suggested that Finland is on the list.  One joke out of Russia has Putin calling President Obama and asking him "Do you know what we call Alaska?  No, what?  Ice Crim(Crimea)".    How far will this go and how far will the West let it go?

So what can be done to stop further aggression?   Some of it has begun and no, I don’t mean hollow sanctions.    A greater NATO presence in Poland, Lithuania, Romania and Ukraine would be a good start.  The return of the missile and radar system to Poland and the Czech Republic should follow.  And when it comes to believing Putin at his word, Ambrose Bierce said it best “ Never trust humanity without collateral security.”