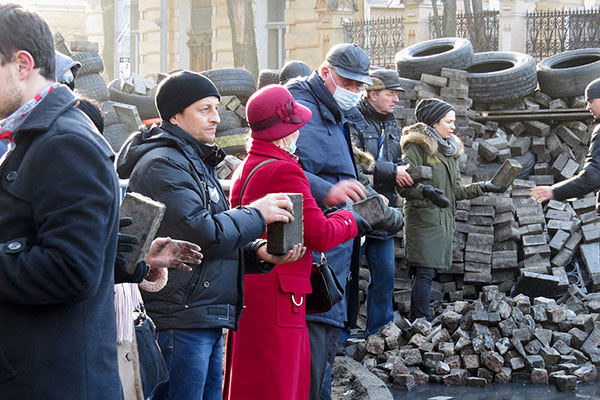 With Ukraine and Russia so much in the news, a brief historical summary of their relations seems appropriate. Ukrainians and Russians often interpret these relations differently, and even the spelling of names (e.g., Kiev or Kyiv) can be contentious. For simplicity’s sake, and with no disrespect intended toward Ukrainians, I will use the spellings traditionally used by historians of Russia. The history of Ukrainian territory is extremely complex and involves not only ethnic Ukrainians, but others such as Jewish people. The focus here, however, is on the background of Ukrainian-Russian relations.