Gregory A. Daddis is an Academy Professor in the Department of History at West Point. His latest book is Westmoreland’s War: Reassessing American Strategy in Vietnam (Oxford University Press). The views expressed here are those of the author and do not reflect the official policy or position of the Department of the Army, the Department of Defense, or the US Government. 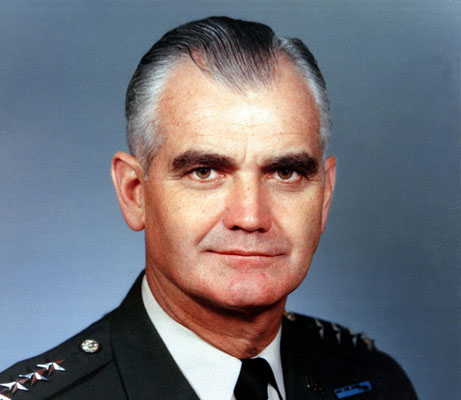 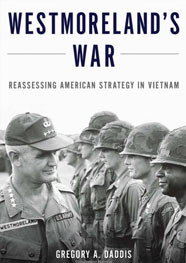 “History does not repeat itself,” Mark Twain once quipped, “but it does rhyme.” Listening to how Americans have discussed their recent military endeavors in Iraq and Afghanistan, a similar cadence already is emerging in relation to the United States’ lost war in Vietnam. Even as our nation continues sending soldiers to Afghanistan for nine-month long deployments, scholars and defense analysts have begun enumerating the reasons why we failed there despite a decade’s worth of effort. Harvard professor Stephen M. Walt, for instance, recently itemized the “top ten mistakes made in the Afghan War,” offering a neat checklist for those hoping to attach blame for a botched war.

As Iraq continues its spiral into an increasingly violent civil war, former American officers are no less energetic in their own fault-finding ventures. David Petraeus acolyte Peter Mansoor has argued the highly touted “surge” in 2007-2008 brought victory within grasp, only since to have been squandered by political demands for a premature departure and Iraqi officials incapable of resolving their longtime differences.

Perhaps just as notably, former Secretary of Defense Robert Gates’s new memoir has handily been used by both sides of the political aisle as evidence of culpability. Indeed, one United States senator used Duty to place blame on the Obama White House for rejecting the military’s “sound advice.”

These accusations, when compared to charges in the aftermath of Vietnam, strike a similar tone. As early as the mid-1970s, even before North Vietnamese tanks stormed Saigon, critics lambasted the American effort, arguing that search-and-destroy tactics, body counts, and a strategy of attrition caused the United States to lose a war it should have won. How was it, they asked, that the nation that won World War II lost to the military forces of a third world country?

“If only” arguments soon proliferated—if only the military had been allowed to widen the scope of the war into North Vietnam, Cambodia, and Laos; if only public support had remained strong; if only civilian leaders had been more resolute; if only uniformed officers had better understood the complexities of a revolutionary, political-military war in Southeast Asia.

Among the many historical hypotheticals, the most damning “if only” argument was placed at the feet of the senior American commander in Vietnam—if only General William C. Westmoreland had focused more on counterinsurgency, spent less effort on search-and-destroy missions, and placed more emphasis on securing the population. If only the general had not fought a war of “attrition,” South Vietnam might still be an independent, noncommunist nation.

Yet these searches for blame became so reductive that the most complex of human affairs, war, was simplified beyond recognition. Westmoreland became a caricature, an incarnation of Gilbert and Sullivan’s “Modern Major General.” Popular conceptions of the war portrayed an American army and its general ignorant of their surroundings and, worse, unwilling to learn about a new environment where politics mattered more than firepower. Soldiers and marines saw in the civilian population only a threatening sea in which insurgent forces swam just below the surface. Even when presented with alternatives, senior military leaders remained mesmerized by racking up high body counts. Or so those seeking blame would have us believe.

The real war in Vietnam, however, proved much more intricate. In truth, Westmoreland recognized the complex nature of the war and developed an all-encompassing strategy that sought not only to destroy enemy forces but also to counter a local insurgency and expand the percentage of South Vietnam’s population under the Saigon government’s control. As he directed his commanders in September 1965, “The war in Vietnam is a political as well as a military war. It is political because the ultimate goal is to regain the loyalty and cooperation of the people, and to create conditions which permit the people to go about their normal lives in peace and security.”

Of course, Americans and their allies never won that loyalty and few Vietnamese lived a “normal” life during a war that lasted long after US forces departed. American military operations often achieved mixed results at best and too often US-led battles and campaigns caused immense suffering and social dislocation to undermine the larger goal of helping build a stable South Vietnamese nation-state. That the United States ultimately failed in Vietnam, though, does not necessarily prove that Westmoreland implemented a flawed strategy.

When one surveys the US military assistance command’s conference notes, unit after action reports, and backchannel messages between Saigon and Washington in the critical years of 1964 to 1968, a different Westmoreland emerges. We see a general wrestling with the issues of land reform, improving the South Vietnamese armed forces, limiting civilian casualties, and facilitating country-wide population security objectives. And these were not empty gestures. American soldiers in the field struggled with the very same issues. In reexamining the evidence, not the popular narrative conceived by those seeking blame for a lost war, Westmoreland and the army in Vietnam seem to have understood their environment more than recent commentators give them credit for. The strategy conceived and implemented was more than just a conventional hammer aimed at bludgeoning an enemy into submission.

In fact, finding the “right” strategy may not have been the key to victory for Americans, either in Vietnam or Afghanistan. Thus, in reconsidering lost wars, perhaps it is best to resist beginning with the narrow aim of finding fault. Without question, studying war involves an assessment of difficult decisions made by civilian policymakers and their military subordinates. Explaining a negative outcome, with the benefits of hindsight, and discerning choices that led to such an outcome are legitimate pursuits. Yet assigning blame for a lost conflict ultimately is of lesser value when compared to the realization that not all problems in war can be solved by armed might.

Conceivably this recognition is difficult for Americans who generally believe, with good cause, that their nation’s military power is unrivaled on the world stage. Accepting the limits of that power is difficult to acknowledge. But sometimes it is better to study the past in the hopes of finding meaning rather than assigning blame.