Why Is the History Profession So Resistant to Change?

Robert B. Townsend is the author of History’s Babel and director of the Washington office of the American Academy of Arts and Sciences. An earlier version of this essay was presented at a workshop on “What Is the Future of the History Ph.D.?” for Harvard University’s History Department. 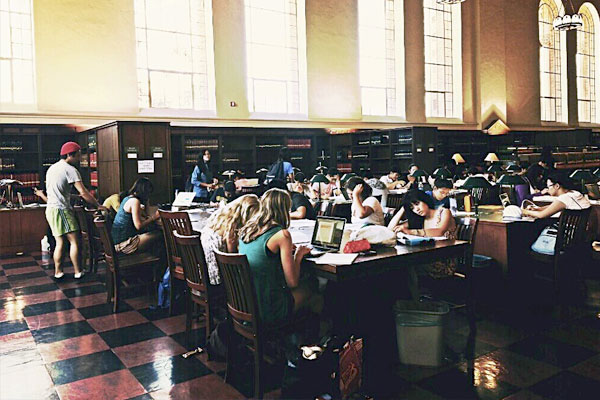 Why does change comes so slowly to the disciplines? Despite two decades of prophecies about an imminent revolution in the adoption of new media, and recurring job crises for humanities PhDs that call into question the behavior of the discipline, there is relatively little change to show for it.

The answer lies in a fundamental disconnect between the structural elements of the disciplines and the kind of top-down leadership that is possible in a system of widely dispersed interests and authorities. Taking the history discipline as a case in point, recent efforts to open up to new technologies, new methods of dissemination, and alternative employment opportunities for PhDs all have numerous precedents.

Just to take two examples, in 1926 the American Historical Association issued a report encouraging graduate programs to teach their students to write for a wider audience instead of for each other. And again in 2004, the AHA issued a report that encouraged history programs to widen their thinking about the potential career paths for their students.

But in both cases, they ran against prevailing notions of best practices in the discipline. But more than that, they were both multi-year studies that started in one context—an effort to connect historians to the general public in the early-’20s in the first case, the job crisis of the 1990s in the second—but were released in a context where the discipline had returned to a more comfortable status quo. In the case of the writing report, the leaders who spearheaded the effort had moved on and were drowned out by a rising enthusiasm for monographic research, while in the more recent case the job market improved enough in the early 2000s that departments no longer felt pressure to reform.

These speak to the challenges for any aspiring reformers. History seems to excel in the creation of spaces for small subgroups (as indicated by the over 400 peer-reviewed English-language journals in the field), but is quite powerful in resisting larger systemic changes.

The changes that have occurred—the shift toward double-blind peer review in the middle of the last century, or the rise of quantitative and social history in the 1960s—tend to arrive from the perception that a particular mode or method of research has been exhausted. That is why—viewed over the past 130 years--there has been a strong tendency toward long stretches of conservatism, followed by brief flurries of excitement and innovation in the discipline.

Current efforts to promote a more general enthusiasm for the digital humanities and expand training for employment beyond the academy, are still occurring against a background where a similar level of exhaustion has yet to set in.

Take the integration of new media: A 2010 survey of history faculty found that even though two thirds of historians were actively using technology to support their work, less than five percent were thinking about, and using technologies in ways that could fundamentally alter the nature of their work.

Even though there is a tendency to think this is a passing phase (one that will be solved, in the words of one digital history proponent, “one funeral at a time”), that same survey showed only modest differences between the age cohorts on the creative integration of new media into their work. Even among the under-45 cohort in 2010, barely 6 percent indicated they were using technologies to do more than simplify and aid traditional research and writing tasks.

While a sizeable majority in that survey said their primary inhibition against online publishing flowed from perceptions that it lacked scholarly recognition and prestige, the problem seems more fundamental. A 2012 survey of AHA award committee members found two-thirds were regularly reading e-books, but when asked if they would accept e-books for review, less than 1 in 10 agreed. It turned out that there were a host of highly physical and tactile reasons for this preference—they wanted to underline, write marginalia, and ultimately have a copy on their shelves.

It now appears our challenges lie deeper in the input side of the equation, as the history discipline still attracts students precisely with an interest in the physical book as a medium. While students with an interest in new media have a wide array of other disciplines to attract their attention—and perhaps set them up for more lucrative careers—history attracts those who fell in love with one or more books in the discipline, and their aspirations and expectations are shaped by that view even before they enter into a doctoral program.

The issue is not entirely hopeless. A large portion of the respondents to the 2010 survey could at least articulate reasons for wanting to publish materials online, but these interests were narrowly functional—getting their work out more quickly and reaching a wider audience. There was comparatively little interest in making a substantive use of the medium. That, I am afraid, reflects the persistence of structural problems that begin even before today’s doctoral student chooses to pursue the PhD.

The structural impediments to digital history are reflected in and reinforced by inertial forces in doctoral training—again, not by a cabal that is overtly hostile to change, but due instead to the complexity of a system that disperses authority and self-interest, and locks in certain ways of doing things.

The one thing that both programs and students can be sure of is uncertainty—both about whether any given student will finish, and if they do, where they will ultimately find employment. On one side, history doctoral programs face high attrition rates—of between 35 and 40%. On the other, the academic job market also faces a high import rate—not just of students from foreign universities (which account for about 7% of the faculty hired into history departments each year) but also from other history-related programs, which take another 15% of the jobs in history departments.

All of that makes the ebbs and flows of the market very difficult to track with any precision. And even when the inputs are factored in, there are a host of variables in what happens on the job market, both among the growing numbers of history PhDs going into postdoctoral positions, falling into adjunct positions for the short or long term, and those leaving for positions outside of academia.

After ten years in the PhD program, about 28 percent of those who started a decade earlier are in tenure track positions, another 16% are in non-tenure track faculty positions, and another 14% will have taken up employment outside the professoriate.

Even though there has been a great deal of talk of late about shortening the time to degree, it is worth keeping in mind just how long this has been the norm in the discipline. The average time to degree has been pretty solidly at about 8 years since the 1930s, when the expectation of a book-length dissertation fell fully into place. Until that changes, any adjustment in time can only sacrifice preparation for the various job markets—teaching as well as other non-faculty professions.

The extended time to degree also makes it very difficult for a department to act flexibly in response to fluctuations on the academic job market. Looking back over the past four decades, there were very few years in which more jobs were advertised than PhDs—which seems like reason enough to take a more expansive approach in the preparation of doctoral students.

Going back to the earliest days of history as an academic discipline, the number of PhDs conferred in any given decade has risen and fallen, usually about five to ten years after corresponding shifts in the job market. But the number of programs has moved inexorably upward—and currently stands at about 162. While a handful of programs are discontinued in years close to particularly poor academic job markets, a larger number of programs invariably make the case that their departments would fill a distinct niche—specific needs in a state, or a distinctive area of specialization in Latin American history or digital history.

Local factors add pressure to persist in the face of harsh job markets, and further upward pressure on student admissions. Even as the number of jobs advertised was plunging after 2007, incentives to return to higher education during the recession helped push the number of applicants into PhD programs upward. And responding to that demand, the average number of doctoral students in these programs increased slightly.

As this reflects, the history PhD exists within a system that is widely dispersed and subject to the interests of departments that have their own specific concerns—including maintaining a cadre of graduate student teaching assistants and high-level courses for their faculty.

The choice is not quite as irrational as it seems. There is a marked difference between the Harvards and the lower ranked PhD programs in the academic job markets they each serve. The smaller and lower ranked programs were serving closer-by academic institutions (2-year and 4-year) that students from the elite programs appeared to pass over. Top-tier programs such as Harvard's, in comparison, served a national job market—often consisting of other doctoral programs—and their students often seemed to prefer a life outside of academia if they could not find an academic job that met their level of expectations.

A distribution of employment of recent history PhDs by the ranking of students’ doctoral programs found the proportion of history PhDs going on to jobs outside the professoriate was pretty consistent across the tiers of history doctoral programs—as a bit less than a third of the students at each quartile went on to nonacademic jobs. The real disparity was in the mix of employing academic institutions for those in the professoriate. Students receiving their PhDs from the elite institutions were much more likely to wind up at institutions that promote high research activity, while PhDs from other programs tended to wind up in colleges and universities with greater teaching orientations.

But of course the numbers look rather different when you start to break them down by some of the qualitative aspects of academic employment, such as the proportion on and off the tenure track. Viewed from this angle, barely half of the PhDs who make it through to the end were making it on to the tenure track. One of the persistent questions has been why people would choose to take and linger on in these terribly underpaid and underappreciated positions. Many factors come into play, such as geographic mobility and other life choices, but a significant factor is in the expectations that are there from the beginning of graduate training.

In a variety of surveys, over 70 percent of both doctoral programs and students reported academic employment as the primary goal of their training. Objectively, the numbers match the employment outcomes quite closely, even as they suggest a problem for the 20-odd percent employed in adjunct positions, and the quarter who take up employment outside the professoriate.

Even with counter-pressure of these various structural factors, none of these issues are insurmountable. Full integration of digital history, for instance, could thrive with admission policies that elevated students interested in making a substantive use of new media, alongside curricular changes that separate the assessment of research skills and content knowledge from the forms in which it is assessed—allowing a website to substitute for a research paper for instance. As for the relationship between jobs and PhDs, unless the local incentives change, the only other alternative is the development of training programs that provide the flexibility to move forward with an array of career opportunities.

Unfortunately, I do not yet see the will or energy to substantially change the discipline’s ways at the local level, which is why the future of the history PhD looks very like its past.