Timothy Naftali is director of the Tamiment Library and an adjunct associate professor of history at New York University. 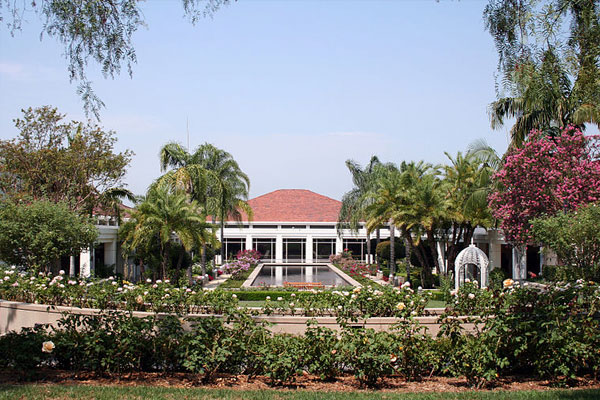 The Richard Nixon Presidential Library has not had a full-time director since I left the position in November 2011. This has disturbing implications both for how public history is approached at federal museums and for how public access is granted to crucial historical information.

The National Archives and Records Administration, which oversees the library, began a search for my replacement in early 2012. Within a few months, the agency had chosen a candidate, well-respected historian Mark Lawrence, who is on the faculty of the University of Texas in Austin. Lawrence was an excellent choice, but the appointment languished as the Richard Nixon Foundation, a private nonprofit that supports the library, dragged its feet.

ederal regulations don't grant presidential foundations veto power over the choice of a presidential library director, but they are consulted, and Washington prefers they embrace the selection. To that end, from the time of Lawrence's selection in 2012 until well into 2013, the National Archives tried to arrange for its candidate to meet with the Nixon Foundation. But various insiders in the process told me that the foundation stalled, coming up with one excuse after another to not meet with Lawrence.

Apparently the Nixon Foundation was upset by Lawrence's having written about the president's drinking during the 1973 Yom Kippur War. (Declassified information shows that Nixon had been drinking during part of the crisis, which coincided with the so-called Saturday Night Massacre.)

But the bigger reason was that Lawrence, the author of "The Vietnam War: A Concise International History," is an expert on Vietnam. In comments to the Orange County Register, Ron Walker, the head of the foundation, acknowledged that he did not like Lawrence's perspective on Vietnam. "It was just different," he added. "I'm not going any further on that."

For the foundation, Vietnam is a crucial issue. The foundation is about to embark on a major museum renovation, at a probable cost of millions of dollars, and among the exhibits that will need updating is one on the Vietnam War. Funding for renovations at presidential libraries doesn't generally come from the government. Rather, it is the responsibility of a library's foundation partner to raise the money.

In the summer of 2013, the Nixon Foundation sent a long letter to David Ferriero, the archivist of the United States. The letter has still not been made public. But I learned from a source that it announced the foundation's intention to redo the museum. One participant in the subsequent bidding process told me the foundation plans to write the script for all of the new exhibits.

The letter led to a conversation between National Archives personnel and Lawrence, who then withdrew from consideration. As Lawrence diplomatically told the Orange County Register, "It just became clear that it wasn't a great fit between my aspirations and what the foundation was looking for."

Having a strong director in place for the updating is crucial, as I know from experience. While I was at the library, we put in a new Watergate section and removed outrageous panels from the museum's displays — including one that sowed confusion over what happened at Kent State University in 1970. But getting that accomplished meant frequently butting heads with the Nixon Foundation, which tried to get me fired.

Had Lawrence gotten the job, he would have curated the new Vietnam exhibit masterfully. It is hard not to conclude that the Nixon Foundation simply doesn't want a Vietnam exhibit as historically accurate as the library's new Watergate exhibit.

But should we really let Nixon loyalists write the script for the library's story of Vietnam, which thousands of Americans will view?

As taxpayers, we all pay for presidential libraries, which are supposed to serve all visitors, whether or not they admire the president whose name is over the door. Presidential libraries are essential sources for information about a particular White House. They contain every document and email sent to or created by a president. Library directors don't just run museums. They also oversee the processing of and access to archival materials, they run public programs and they set the tone for tours that bring in thousands of students a year.

Moreover, directors need to be advocates for openness. Before leaving, I began the process of getting important materials released. They related to the Nixon campaign's interference in the Johnson administration's efforts to end the Vietnam War in 1968, and also to the administration's politically inspired investigations of U.S. citizens. None of that material has yet been released.

And there is an even bigger review project out there. Despite news accounts in 2013, the review of the Nixon tapes is not over. There are approximately another 800 hours to go. A superb library team is working on them, but the team needs the protection of a strong director to ensure the timely release of all that should become public.

The Nixon Library should not be allowed to proceed with a renovation without a director in place. Doing so would allow the Nixonians to write the script for new galleries on Vietnam, detente and other aspects of Nixon's career. I worry that the Watergate gallery might be altered to make it less historically accurate and more Nixon-friendly.

If those in charge insist on proceeding, the National Archives should at least name an outside team of independent professional historians to defend public history from the inevitable spin of the foundation.

The National Archives has an obligation to hire advocates for nonpartisan history to run presidential libraries. The public deserves nothing less.