James Green’s new book on the West Virginia coal mine wars will be published by Grove Press early next year. 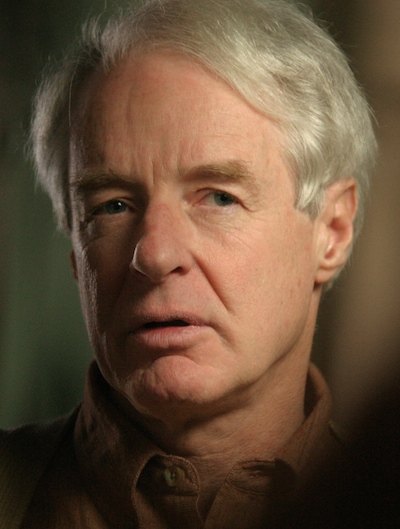 On the first weekend in April I attended a Conference called “The Power of Narrative,” sponsored by Boston University’s College of Communication. The gathering attracted an audience of 400 people, almost entirely members of the working press. The conference is designed mainly for journalists who are working in “long form narrative,” that is, for reporters writing newspaper feature stories, magazine articles, and books based on historical events. Past presenters have included star journalists who delve into history, like the former New York Times reporter Isabel Wilkerson, author of The Warmth of Other Suns. But in the past, a few accomplished historians have participated as well, notably Adam Hochschild, who has regularly revealed –with remarkable generosity and clarity – the techniques he used in writing his highly-acclaimed books, King Leopold’s Ghost, Bury the Chains, and To End All Wars.

This year, Adam returned to make keynote remarks on storytelling with Dan Barry of the New York Times, to contribute to a plenary session on writing memoir, and to offer an intriguing workshop listed as, “Biography of a Book in Progress: How do you sound original where there are 15,000 books on your subject?” In this session, Hochschild reported on his strategy for writing another book about the Americans who participated in the Spanish Civil War: it will be based on the three major keys that made his earlier history books such enormous successes.

First, Hochschild refuses to be put off by the fact that a great subject has been “done” before, even by legions of other historians. Why, he asked, should an academic historian only choose a topic so specialized or so esoteric that no one has examined it before? Why not follow the advice of Melville who wrote: “To produce a mighty book, you must choose a mighty theme”? Of course, the answer is that scholars feel the need to conduct original research and make a novel “argument.” But this form of scholarship may no longer be the only way to publish, even in prestigious university presses. As an editor for one of these publishers told me recently: “We can’t publish a lot of Ph.D. theses produced by students in the best history departments because the topics are too obscure and the writing is too dense. We are looking for manuscripts of interest to the general reader.” 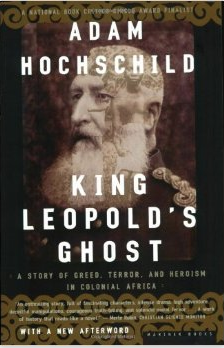 Second, Hochschild personalizes his narratives. For the new book on the American volunteers in Spain he has spent months finding characters whose experiences, memories, and letters can provide the keys to his kind of storytelling. Some of these men and women interacted with one another during the Civil War in the sort of surprising ways we saw the characters mesh and clash in his profound story of Great Britain’s agony during the Great War. Though none of them were as prominent as writers like Hemingway, some of these new characters are valuable because they open aspects of life in Republican Spain often ignored by journalists at the time and by latter day historians: notably the remarkable social reconstruction of Catalonia by the Anarchists.

Over breakfast, I asked Adam if a character-driven approach to history has been the key element in his narratives, and he said, yes, “so far,” but that this was by no means the only effective method of storytelling.

Third, Hochschild believes in the importance of “scene setting,” speaking of this as though he was a set designer in the theater. In one session, the author described how he used steam boat schedules to recreate a scene for King Leopold’s Ghost when Joseph Conrad’s steamer passed by the boat on Congo River carrying George Washington Williams, the black American journalist who wrote the first major exposé of the atrocities in King Leopold’s Congo. In another session Adam offered a sneak preview of the opening to his forthcoming book, the recreation of moment which sets up the big question he will confront: why did a bunch of Americans risk their lives by going to fight in Spain? Of course, none of this staging can be imagined even though in Hochschild’s hands scenes do read as though written for a novel.

Since nearly all of the presenters at the BU conference were reporters, I asked Hochschild what historians have to learn from journalists. He replied saying that he didn't like to draw disciplinary boundaries that divide those who care about history and are devoted to telling stories from the past, no matter how they were trained.

I found listening to journalists talk candidly about the craft of writing and storytelling a refreshing change from the discourse in academic conferences.

This year, tough-talking Jacqui Banaszynski told us about writing her ground breaking 1998 feature story “AIDS in the Heartland” and urged us not be “afraid to care” if he want to show our readers how and why they should care. And David Finkel, a staff writer for the Washington Post, shared the agony he experienced in deciding what to include in the gruesome story of an American soldier’s death in Iraq, one of many gut-wrenching episodes in his book The Good Soldiers (2009).

Paul Kramer of Vanderbilt, the only academically trained historian on this year’s BU program, passed along some of that he learned from journalists in a session on how to balance “narrative verve” with “scholarly rigor” in writing non-fiction. “Research scholars have much to say to the public,” Kramer remarked, “but professional protocols often discourage them from saying it in a public language, a task taken up by journalists.” Kramer told me he would like to hear from historians who might want to attend a “boot camp” for academics who are interested in writing narratives that will engage the public. If this kind of history writers’ workshop comes to pass, I hope some journalists will be invited.