When the Right Turns on America

Peter Wehner is a senior fellow at the Ethics and Public Policy Center. Previously he worked in the administrations of Ronald Reagan, George H.W. Bush, and George W. Bush. 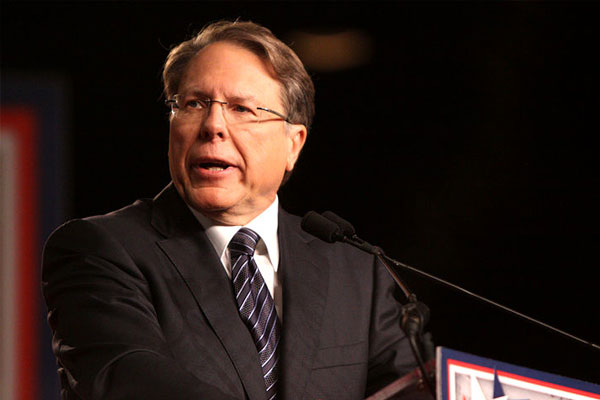 Speaking to the National Rifle Association’s recent annual conference, NRA executive vice president and CEO Wayne LaPierre, in describing America, said, “Almost everywhere you look, something has gone wrong. You feel it in your heart, you know it in your gut. Something has gone wrong. The core values we believe in, the things we care about most, are changing. Eroding. Our right to speak. Our right to gather. Our right to privacy. The freedom to work, and practice our religion, and raise and protect our families the way we see fit.”

He went on to say this:

There are terrorists and home invaders and drug cartels and carjackers and knockout gamers and rapers, haters, campus killers, airport killers, shopping mall killers, road-rage killers, and killers who scheme to destroy our country with massive storms of violence against our power grids, or vicious waves of chemicals or disease that could collapse the society that sustains us all. I ask you. Do you trust this government to protect you? We are on our own.

Mr. LaPierre is not the only one who describes America in dystopian terms these days. Earlier this year Dr. Ben Carson, a Tea Party favorite who is considering a run for the presidency in 2016, said America is “very much like Nazi Germany.” Michele Bachmann, a 2012 GOP presidential candidate, has said the Affordable Care Act is evidence of a “police state.” This kind of language–America is bordering on or has basically become a tyranny–is common currency within some quarters of conservatism.

Now it is one thing to believe, as I do, that in some important respects America is in decline and that President Obama is in part responsible for that decline. I agree, too, that there are some alarming problems and trends facing the United States just now, which many conservatives are attempting to address in a responsible fashion.

But it is quite another thing to describe America as the New Left did in the late 1960s, when America itself was spelled with a “k” (“Amerika”) in an effort to identify it with Nazi Germany. Among the young and left-wing academics there was talk about the need for revolution. The United States was viewed as fundamentally corrupt. Once upon a time conservatives fought against this. Today, however, some on the right are turning on America. They employ language you would associate with Noam Chomsky.