Remembering My Parents on Memorial Day – The Forgotten Few

Jonathan R. Husband, a pseudonym, was born in York, England and spent much of his early life in remote areas of Yorkshire. Husband currently lives in Northern California. He recently completed a career in Human Resources and retired from the University of California. For more information please visit his website: http://jonathanhusband.com/ 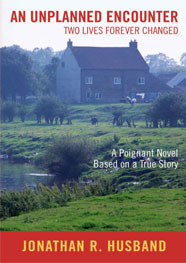 My mother and father were casualties of war; the Second World War in Europe during the summer of 1943. They were not your usual casualties remembered on this Holiday. Neither of them was killed and neither was serving in the US Armed Forces, although they were on the same side fighting the Nazis. But this war forever changed their lives in a profound and permanent way. It destroyed their careers, shattered their friendships, and destined that their lives be lived in a manner not chosen by them. They possibly represent the forgotten few troubled by warfare.

My father was under pressure as the civil engineer and Chief Planning Officer to complete the construction of one of the last bomber airfields to become operational in England during World War II. It was needed to allow a Royal Air Force Bomber Squadron to transfer to this new location to continue its bombing of Nazi-occupied Europe. Its previous facilities were needed by a French Air Squadron so that it could commence similar bombing sorties, all part of softening up the enemy before the D-Day invasion in June 1944. My father had left behind his wife and children and moved into lodgings about a mile away from the airfield.

My mother was a 20 year old single girl whose life had already been turned upside down by the war. Her boyfriends had gone off to fight but she had advanced her career by managing canteens in several military installations scattered around Leeds, Yorkshire. She regularly visited her parents who lived east of York, and her sister would arrange for stand-in partners so the two of them could go dancing. This was a small village of about 30 houses clustered around a village green. Everyone knew everything that took place in the village and the church at one end, and the chapel at the other, would serve as community gossip centers.

And then it happened. The two lives collided in an unplanned, violent and destructive manner. During one of her visits to her parents she was intercepted upstairs by the lodger and was sexually assaulted. It was unprovoked and unwelcome, something that the stress of war allows but does not condone. She kept the encounter a secret. She pretended that nothing had happened. About two months later she found herself hiking with a church group, but her hike was interrupted by nausea and morning sickness. Soon family and acquaintances knew that she was pregnant. She gave up her career, fought her parents to keep her baby, lost her boyfriend, and saw her life shatter into many pieces as she was forced to leave home. Eventually she married someone more than twice her age to become housemaid and nurse, as well as wife. For more than 20 years her life went on hold as she battled to keep and educate her son, care for a sick and violent husband, and lived a solitary life on a farm remote from most other human habitation.

In contrast, the father walked away from his responsibilities. He immediately ceased to be a lodger in my mother’s parents’ home. He returned to his family at the end of the war. He refused to pay maintenance despite a court order and chose not to tell his family about the woman and son he had left behind in Yorkshire. But his successful career was short-lived as he remained haunted by his illegitimate son, the fear that his wife would find out, and an uninvited battle with tuberculosis. He saw his business collapse, his health go from bad to worse, he was forcibly placed in a mental institution, and ultimately disappeared after faking his own suicide. As a consequence, his first family lost its home and possessions, the son and daughter became separated, and survival rested on family-provided welfare. Ultimately the father did reappear but spent the rest of his life distanced from his wife and children, lived in rented accommodation, and travelled Europe on his own as a tourist in his Ford Anglia Estate Wagon. He died in Eastern Europe after an altercation with border guards. The body was returned to his wife, was cremated, and its ashes cast in the wind.

On this Memorial Day I remember my parents. I was in my mid-60’s before being told by my mother about my violent conception, what she suffered because of me, and who my father really was. My mother was deeply ashamed of what happened to her back in 1943 and always believed that she was the one at fault. I traced my father who had died many years earlier and as a result, in 2010, was connected to his daughter, my half-sister. She has filled in the gaps of my father’s life. I encounter emotions of love and happiness when I think about my mother as we celebrate another Memorial Day, but suffer feelings of sadness and dislike when I think of what my father did to the two most important women in his life. Yet at the same time, war brings situations that could not exist in peace time. Had there been no World War II I would not be here to tell my story, and I believe that my parents would have led happier and richer lives than the ones that were caused by my birth. So since both my parents are now dead, commemorating their lives on this Memorial Day seems to be the least I can do to say “thank you” for life and my personal freedom.