What’s Next? The Ukrainian Crisis 2.0 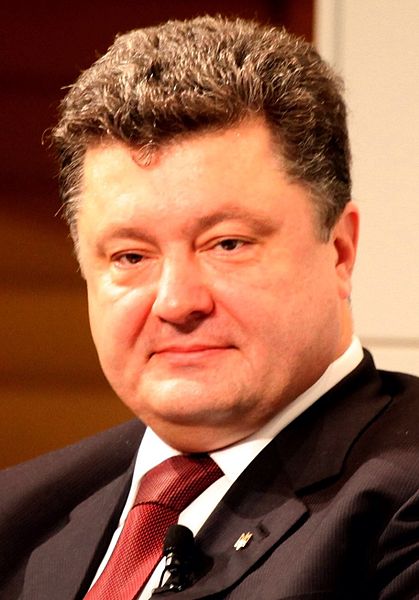 With Petro Poroshenko being elected as president on May 25, the first phase of the Ukrainian Crisis is over. It began in late 2013 with protests in the capital (Kyiv) after President Viktor Yanukovych backed off closer economic ties with the European Union. In February the protests led to his fleeing Kyiv. From then until the recent election a provisional government has attempted to cope with rebellious forces first in Crimea and then in eastern Ukraine. Led by Russian-speaking Ukrainians and receiving disputed levels of support from Russia, in March the Crimeans seceded from Ukraine and were absorbed into Russia. And rebels continue to hold some eastern Ukrainian cities. After Russian troops massed along the Ukrainian border, and Western countries imposed sanctions on Russia, Western fears increased that Russia might send troops across the border to assist eastern rebels. Although this did not occur, Russian-Western relations did deteriorate and rebels prevented many eastern Ukrainians from voting in the election.

But with the election of Poroshenko the crisis enters a new phase, with its outcome filled with uncertainties. Will he be able to bring about constitutional reforms, overcome the deep political divide between western and eastern Ukrainians, and subdue or reconcile eastern rebels? How will he interact with the Ukrainian parliament, other politicians, rich oligarchs, and the mass of democratic and right-wing protestors who brought down the Yanukovych government? Will he reign in, as he promised, political corruption? Will the country’s financial situation, which is now dire, improve? How successful will he be in the delicate balancing act required to please both Russia and the West so that both sides do more to help his country rather than harm it? More specifically, will he improve relations with Russia, to whom Ukraine owes a few billion dollars for unpaid natural gas?

His background, first few steps after being elected, and the foreign response to him provide some clues. Age 48, this billionaire “Chocolate King”—he made his fortune in the confectionery business—also has other holdings (including a television station) and is an experienced politician. Since 1998, he has served in parliament and held various cabinet posts like foreign minister and minister of economic development. He has been described as a pragmatist or, less charitably, “one hell of a flip flopper,” and several years ago admitted to earlier paying bribes to unnamed officials.

Poroshenko’s campaign speeches and actions in the first few post-election days indicate that he we will not negotiate with eastern rebels until they disarm, and he has promised to increase operations against them. After they attacked the Donetsk International Airport just hours after the election, the Ukrainian government countered with air strikes and claimed to have secured airport control. He has also said that he aimed to return Crimea to Ukraine, but except for mentioning taking the case to international courts, he has not indicated how this might be done.

He has acknowledged the need for constitutional reform, focusing on the decentralization of power—doing this in a way that will satisfy many eastern Ukrainians, including ethnic Russians, without making the central government weaker in responding to Russian pressures in eastern regions will be a major challenge. But Poroshenko thinks that such needed reform is unlikely to occur until after he disbands the present parliament and his country elects a new one, something he intends to oversee before the end of the year. (In Ukraine’s system the president’s responsibility is mainly for internal security, defense, and foreign affairs, but the prime minister also has significant powers and is selected based on the dominant parliamentary coalition.)

The top priority for many Ukrainians, west and east, is overcoming economic misery and political corruption and unresponsiveness to their problems. And Poroshenko has recognized that unemployment and poverty have exacerbated discontent in the east and elsewhere.

As with many of Ukraine’s other problems, its financial situation is intricately connected with its relations with other countries. Moreover, any economic changes will be strongly affected by whatever arrangements it can work out with Russia, especially over its natural gas debt and future gas prices, and with Western countries and the International Monetary Fund.

On 27 May a Wall Street Journal editorial about the presidential election proclaimed “Ukraine Chooses the West” and that “Russia won't stop trying to destabilize the new Kiev government.” But Ukraine cannot afford “to choose the West” if it means scorning Russia. Better relations with its giant neighbor are important not only for its own economic and security interests, but also because many Ukrainians, especially in eastern Ukraine, would be further alienated from the central government if it tied itself too closely to the West while rejecting Russia.

More so than Prime Minister Arseny Yatseniuk, who apparently will remain in his position for the time being, Poroshenko seems determined to balance his pro-Western leanings with improved dealings with Russia. After his election, he stated that next month he planned to meet with Putin, a fellow judo enthusiast whom he knows. But improving relations will be difficult to reconcile with any intensification of attacks on eastern rebels. After the government operation against rebels at the Donetsk airport, Russia’s Foreign Minister Lavrov was critical and suggested that ending government attacks on rebels would be a precondition for improving Ukrainian-Russian relations.

In an insightful essay entitled “Can Petro Poroshenko Save Ukraine?” Matthew Rojansky surveys all the difficulties Poroshenko faces and ends it with these words, “So, welcome back to the corridors of power, Mr. Poroshenko, and good luck. If you feel like the walls are closing in around you, it's because they are. And if there is a light at the end of this tunnel, it is only dim and far away.”

That light could become much brighter if Western leaders and Putin would concern themselves more with improving the welfare of the Ukrainian people, west and east, and less with regarding Ukraine as a pawn on some global chessboard.

All of these leaders, including presidents Obama and Putin, are scheduled to meet next week, on 6 June, to commemorate the 70th anniversary of the D-Day landings at Normandy—Poroshenko has also just received an invitation.  In inviting Putin, French President François Hollande declared: “We may have differences with Vladimir Putin but I have not forgotten and will never forget that the Russian people gave millions of lives [during World War II]. I told Vladimir Putin that as the representative of the Russian people, he is welcome to the ceremonies.” Hollande also stated that the Normandy landings were made possible because of the Soviet victories against Germany in the east. German Chancellor Angela Merkel, a crucial leader in improving Western relations with Russia, also welcomed Putin’s scheduled appearance in Normandy.

In a recent piece in the Atlantic, David Frum has opined that it was a mistake to invite Putin to Normandy. I think not. Russian WWII deaths numbered more than 50 times those of the United States, and Hollande was correct to link Normandy with the Russian effort on the eastern front. Obama, Merkel, and Hollande are scheduled to meet in Brussels (as part of a G-7 meeting) before going on to Normandy. What a wonderful way to pay tribute to all the tragic deaths of World War II it would be if Western leaders and Putin could use the Normandy remembrance to announce positive joint steps to help Ukraine and prevent further bloodshed there.