Is Great Britain a Christian Nation?

Brantley Gasaway is an Assistant Professor of Religion at Bucknell. He contributes to the blog, Religion in American History. 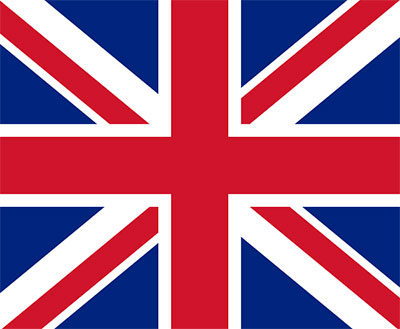 Readers of this blog are likely used to and perhaps weary of debating whether or not the United States is (or was founded as) a "Christian nation."  Indeed, I suspect that this academic and politicized question regularly comes up in classes on American religion and history that many of us teach.  But it is useful to remember that our country does not have a monopoly on public debates about this issue.

I spent this semester in London and taught a course on religious pluralism in Great Britain (as described in this previous post), and thus my students and I analyzed how one might best describe the religious nature of the United Kingdom.  Despite the official establishment of the Anglican Church, several factors led my students to ultimately characterize Britain as "post-Christian": the shrinking number of British citizens who self-identify as Christian (59% in the 2011 census); significantly declining rates of church attendance, membership, affirmations of historical doctrines, and traditional moral indices; the rapid growth and robust signs of secularism; and the visible presence and participation of non-Christian religious communities.  By the final weeks of the course, students overwhelmingly agreed with Callum Brown's conclusion that "the death of Christian Britain" had occurred.

Prime Minister David CameronBut then, with serendipitous timing, Prime Minister David Cameron challenged this conclusion.  Writing in the Anglican Church Times in mid-April, Cameron rejected criticism of his recent comments made during Easter regarding the importance of "what Christianity brings to Britain."  Instead, the Prime Ministerdeclared, "I believe we should be more confident about our status as a Christian country, more ambitious about expanding the role of faith-based organisations, and, frankly, more evangelical about a faith that compels us to get out there and make a difference to people's lives."  Cameron insisted that "the tolerance that Christianity demands of our society" makes a Christian Britain better than a "secular country" for religious minorities. In addition, he largely avoided theological issues and focused primarily on the role of Christianity "in terms of action to improve our society and the education of our children."  Nevertheless, Cameron's article predictably proved controversial and sparked national conversations.

In a prominent letter published in the Daily Telegraph, more than fifty public figures objected to Cameron's declaration that Britain is "a Christian country."  They acknowledged the "narrow constitutional sense" in which this description was true but claimed that "polls and studies show that most of us as individuals are not Christian in our beliefs or our religious identities...We are a plural society with citizens with a range of perspectives, and we are a largely non-religious society."  Several other politicians accused Cameron of "playing politics" with his remarks--especially trying to placate Christians who have criticized his support for same-sex marriage--and Deputy Prime Minister Nick Clegg used the debate to promote the disestablishment of the Church of England.

With respect to religious leaders, Rowan Williams, the former archbishop of Canterbury, took a skeptical but mediating position, arguing that Britain is now "post-Christian" but not necessarily "non-Christian."  In contrast, the current archbishop of Canterbury, Justin Welby, defended Cameron. "It is clear that, in the general sense of being founded in Christian faith, this is a Christian country," Welbywrote.  "It is a historical fact (perhaps unwelcome to some, but true) that our main systems of ethics, the way we do law and justice, the values of society, how we decide what is fair, the protection of the poor, and most of the way we look at society . . .  All have been shaped by and founded on Christianity."

For those of us who study American religion, this recent British debate can remind us once again of the ambiguity of identifying a country as a "Christian nation."  What qualifies a country as "Christian"?  Is it the official establishment of a Christian church (but if so, then is Great Britain "Christian" while the United States is not)?  Is it a matter of the historical influence of Christianity upon a nation's laws, politics, and culture (but if so, when does this historical influence matter less than the contemporary relevance of Christianity in the public sphere)?  Is it a matter of demographics (but if so, does a simple majority of self-identified Christians qualify a nation as "Christian")?   Is it the close alignment of a country's policies with the Christian ethics of peace and justice?  Or it is the number of references to God in a country's passport?

Scholars, religious leaders, politicians, and partisan activists such as David Bartonmay disagree on which, if any, of these criteria should determine the "Christian" status of a country.  For my own part, as I prepare to leave Britain and return to the States, maybe I will let a group of prophets from Ireland help me determine if I'm leaving or arriving in "in God's country":