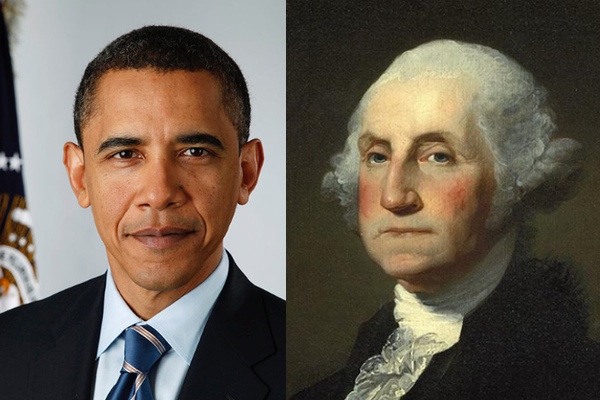 “Did you watch President Obama on television when he spoke to the West Point graduating class?”

“Sorry, Mr. President, I missed it. I’m working day and night to finish a new book”

“I’m sure you’d agree with me, if you had watched the cadets’ reaction to the President’s words. The applause was tepid – barely polite. As a former military man, I can almost guarantee that those future officers – and their teachers -- were thinking: We’re fighting a war and our commander in chief is abandoning the initiative.

“Perhaps you can explain what that means, in non-military terms.”

“Essentially it’s a rather simple idea: seizing and keeping the initiative is crucial in a war. When Taliban terrorists killed 2700 innocent Americans on September 11, 2001, we responded by quickly invading Afghanistan, where the suicide killers had been inculcated and trained. With scarcely 750 men, the Americans achieved something close to a military miracle, winning allies and routing the stunned Taliban.”

“And we seized the initiative?”

“Definitely. For the next thirteen years, American soldiers and sailors and airmen, with the help of drones and NASA surveillance, have kept the initiative in Afghanistan and elsewhere around the world. Our invasion of Iraq could be seen as another step in this strategy. At least it helped to justify it. Even though we made painful blunders in that invasion, retaining the initiative had a great deal to do with preventing another 9/11 massacre.”

“Are there examples from other wars, that demonstrate the importance of the initiative?”

“Perhaps the most dramatic example occurred in the struggle whose 100th anniversary we are beginning to celebrate: World War I. From 1914 to 1918, the Germans had seized and held the initiative on both the western and eastern fronts. By 1917, they had demolished Russia and accepted their surrender. They shifted almost a million men to the Western Front, where they already occupied a third of France and Belgium. They were confident that final victory would soon be theirs.

“Why were they so confident? The French and British still had over a million men on the Western Front.”

The French and British armies were battered wrecks, with little or no will to endure another campaign. The Germans attacked with massive firepower and a new secret weapon – “storm troopers” – shock troops trained to break through an enemy’s front lines and penetrate deep into their rear areas. The entire British Fifth Army collapsed. Over 90,000 men surrendered. The French imitated them. Fleeing in all directions screaming “La guerre est fini!” (The war is over) they shot officers who tried to stop them.

“I can see why those French soldiers were screaming ‘fini.’ It sure looked that way.”

“The Germans rumbled toward the River Marne, confident that they could cross it with little or no resistance and seize Paris, only forty miles away. Over a million civilians fled the French capital, convinced that France was about to collapse. Though the Americans had been in the war for over a year, there were only a handful of divisions trained and ready to fight.”

“How did the Germans NOT win?”

“On the banks of the Marne, the storm troopers ran into the men of the American Third Division who fought them to a standstill. As the Germans regrouped for another assault, out of a nearby forest emerged two other American divisions and a French division. The latter was composed of North African soldiers – blacks from Senegal, Arabs from Algeria. They were the only men still willing to fight under the French flag.”

“Three divisions? That’s only about 70,000 men. They were attacking huge numbers of Germans.”

“The three divisions smashed into the Germans’ exposed right flank and they reeled back, stunned and disbelieving. If the assault succeeded, it would trap a half million Germans along the Marne. The attackers suffered terrible casualties – one American regiment lost 3,000 out of 3,200 men. But the Germans were forced to go on the defensive and abandon all thoughts of crossing the Marne. The Chancellor of Germany, Georg von Hertling, wrote in his diary: “Even the most optimistic among us knew that all was lost. The history of the world was played out in three days.“ Field Marshall von Hindenburg, the commander in chief of the German army, wrote in his memoirs: “How many hopes, cherished during the last few months, collapsed at one blow.”

“Why did the Germans react that way? They still outnumbered the Allied armies.”

“Germany had lost the initiative. Soon the allies, bolstered by more fresh American troops, began attacking all along the Western Front. Six months later, Germany asked for an armistice.”

“That’s one of the most amazing –and least known – stories in our history.”

“ It isn’t amazing for men and women trained to think strategically, like our graduates of West Point. They know when a nation’s armed forces possess the initiative, they can choose where and when to fight. Once lost, this vital freedom shifts to the other side.”

“Do you feel we are in danger of doing this in our war with the Taliban and their allies?”

“Already, President Obama’s policy of withdrawal – perhaps abandonment would be a better world – from Iraq has emboldened Taliban true believers to launch an offensive that threatens Iraq’s very existence. They are also making significant inroads into Syria, Libya, and Lebanon. Instead of fearing that America and her allies would soon attack them, and thinking defensively, they can now begin planning to reenact – with new tactics and weapons -- the cataclysm of 9/11.”

“Meanwhile, America’s soldiers, led by men and women who have been told by their president to think defensively, will be burdened by the knowledge that they are fighting the war with a strategy that virtually guarantees defeat.”

“That is exactly what I fear may happen.”