How Bad Is the Hobby Lobby Ruling?

Dr. Emma Long is a Lecturer in American Studies (History and Culture) at the University of East Anglia. 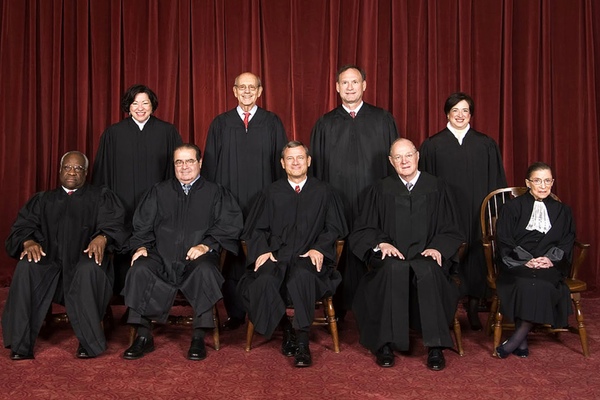 The furious reaction to the Supreme Court’s ruling in Burwell v. Hobby Lobby, the final case handed down before the Court ended its term on Monday June 30, reveals in stark fashion the variety of issues directly or indirectly raised by the case. While on the surface, Hobby Lobby involved only questions of religious freedom, and possibly the extent to which the Court was willing to extend rights to corporations in light of its 2010 Citizens United ruling, the response has highlighted the extent to which issues of contraception and abortion, sexual freedom and choice, women’s rights, gay rights, racial discrimination, and the role of the federal government were all implicated in this case. It has also made clear again, if anyone had forgotten, the extent to which these issues still have the power to divide the American public.

The problem is that in the rush to praise the majority for upholding religious liberty, lambast the Justices for their apparent indifference to the rights of women, or predict the dire consequences for the future, some of the nuance of the Court’s opinion has been overlooked. In the long run, the skeptics and critics may be right, and this may prove to be a terrible step toward the parade of horribles currently being offered up by the Court’s critics, but it may not. Yes, there are some potentially uncomfortable principles lying in the words of the majority, but they have not come into effect yet, and they may not. The New York Times’ Adam Liptak noted the Roberts Court’s “inclination toward nominally incremental rulings with vast potential for great change” which appears particularly apt in the case of Hobby Lobby. Put another way, “a dangerous precedent has been set” (ACLU e-mail to members on June 30) but, crucially, “the apocalypse didn’t come” (Mark Joseph Stern at Slate) … at least not yet.

For anyone not familiar with the case, Burwell v. Hobby Lobby involved challenges to the section of the Patient Protection and Affordable Care Act which requires companies with fifty or more employees to provide those employees with a minimum level of health insurance coverage, including access to FDA-approved contraception. More than sixty lawsuits were filed across the US arguing that the contraceptive mandate violated the religious beliefs of the owners of companies like Hobby Lobby, Mardel, and Conestoga Wood Specialties, the three at issue in this case, by requiring owners to pay for insurance which covered forms of contraception to which they object on the grounds of their religious beliefs. As presented then, Hobby Lobby asked whether for-profit corporations run by religious owners who claim to run their businesses according to their religious principles should be granted an exemption from the contraceptive mandate on the grounds of religious freedom.

The Court, in a 5 to 4 decision, with the Court’s conservatives in the majority and liberals in dissent, ruled that, yes, the contraceptive mandate violated the religious freedom of the owners of Hobby Lobby and corporations like it, and that, as a result, the mandate could not be applied to them. But this is only the headline and, as anyone who has spent any time studying the Court knows, the devil is in the details.

The majority first argues that corporations can come within the meaning of “person” in the Religious Freedom Restoration Act (RFRA), a 1993 law which requires substantial protection for religious freedom. After Citizens United this is perhaps not surprising. Arguably more surprising is the tenuous nature of the argument: this is not the bold statement of corporate rights of Citizens United. Rather than stating directly that corporations are people, Justice Samuel Alito’s majority opinion skirts the issue by arguing that “when rights … are extended to corporations, the purpose is to protect the rights of the people” who formed them. In other words, forget that we’re talking about corporations here, and think of it more as protecting the rights of people who happened to form a corporation. Protecting individual religious liberty may be less politically divisive than protecting the religious rights of businesses but the argument here is disingenuous at best, deflecting attention from the application of the decision. Additionally, the corporate form is used to create a legal separation between the owners and the company itself, to protect them from any liabilities incurred. If owners are protected against the liabilities then surely the company cannot benefit from rights accrued by the owners? Except this appears to be what the majority opinion asserts and which is rightly one target of the dissenters’ ire.

Despite seemingly rewriting corporate law, however, the claims of critics that the ruling will permit all corporations with religious owners to claim extensive religious exemptions from laws they do not like (including anti-discrimination legislation) is at the very least premature. The majority took pains to point out that the decision applied only to “closely-held corporations” (defined by the IRS as companies where 50% of the stock is directly or indirectly owned by five or fewer individuals) and did not involve either non-profits or larger corporations. While Hobby Lobby may well give such organizations hope of finding a receptive majority on the Court, the extension of the ruling to them is by no means certain and will have to wait for other litigation currently working through the courts.

The majority’s second holding, that the contraceptive mandate imposes a “substantial burden” on the religious rights of owners, and thus their corporations, by requiring them to provide insurance coverage for contraceptive methods they hold incompatible with their religious beliefs, legitimately raises the question of what other exemptions religious belief might be used to obtain. As the dissenters ask, would it apply to other medical procedures such as blood transfusions or vaccinations? And beyond that, would it permit discrimination on the grounds of race, sex, or sexual orientation? Depending on how you read the majority’s answer, the ruling is either reassuring or deeply troubling.

The ruling clearly moves the Court further down its path of greater protection for religious belief, a direction indicated by decisions in Town of Greece v. Galloway and others. But how far the Court may be willing to go is not clear from the Hobby Lobby ruling. The majority expressly notes they were dealing only with the contraceptive mandate and that other practices or procedures will have to stand or fall on their own merits. And here is the problem: it does not definitively foreclose the possibility of such challenges. While the majority make quite clear that racial discrimination would not be tolerated on religious grounds, discrimination on the grounds of sex or sexual orientation are not discussed. Vaccinations are noted, but not blood transfusions, and then only with the argument that different interests “may” support their continuation over religious objections.

Does this mean that more religious challenges will come forward in these areas? Probably. Especially as conservative religious organisations seem intent on using religious freedom as a way to challenge laws to which they object. Does it mean that the Court will support them? Not necessarily. The presence of some examples in the opinion does not suggest others are fair game, especially when the author repeatedly notes the narrowness of the opinion. Equally, Kennedy’s brief but pointed concurrence suggests that contraception may be the limit to his tolerance for such arguments. It certainly seems unlikely that the man who wrote of respect for same-sex relationships in such sweeping language in US v. Windsor only last year would vote to allow anti-gay discrimination, even on religious grounds. The other side of that argument, however, suggests there may be four Justices on the Court who might uphold religious liberty rights against claims of discrimination on these grounds, and that is a discomforting thought. However, those who argue that the Court has already accepted such discrimination go too far in their criticism of the Hobby Lobby ruling.

The most pointed criticism has come from commentators who assert that the Court’s ruling represents at best an anti-female sentiment on the Court and at worst a war on women’s rights. Given the overall image of companies being able to enforce decisions which have an impact on the lives of their female employees in such an intimate area such a reading has merit. But such unqualified statements are themselves problematic in light of statements from the majority.

First, the majority’s acceptance of the fact that protecting women’s health constitutes a compelling government interest should give pause to those who want to argue Hobby Lobby constitutes a war on women. It might have been brief, and maybe even grudging, but it was nevertheless accepted.

Second, and somewhat overlooked in the recent debate, is the majority’s early statement that, “The effect of the HHS-created accommodation on the women employed by Hobby Lobby and the other companies involved in these cases would be precisely zero.” The Obama Administration’s compromise with religious non-profits permits them to exempt themselves from covering contraception while ensuring women continue to obtain coverage through arrangements with insurance companies. The majority’s assumption that such an arrangement could be extended to companies like Hobby Lobby might potentially be wrong, its constitutionality is currently being challenged in the courts, but it’s difficult to ignore the fact that this appears to have played a major role in the majority’s reasoning. Leaving women without contraceptive coverage does not appear to have been the Court’s intention, contrary to some recent claims. If religious non-profits successfully challenge the exemption, or if the work-around cannot be extended to companies like Hobby Lobby, then the worst fears of the ruling’s critics may yet come to pass, but again, it has not happened yet.

There are many reasons to be concerned about the Court’s Hobby Lobby decision. It extends religious freedom rights further than before, with the possibility that protection of those rights may harm others. It does not foreclose the possibility that religious believers may challenge other laws on religious grounds (including important anti-discrimination legislation) and potentially implies in some cases believers will find a sympathetic ear in some of the Justices, perhaps encouraging such challenges. It raises the possibility that a large number of women will be left without contraceptive coverage, either because alternative options prove unworkable or burdensome, or because women will be unable to afford the additional costs involved. And it extends the Court’s rulings on the rights of corporations into civil liberties jurisprudence, suggesting Citizens United was not an aberrant decision. But at the moment the fact is that these remain future possibilities, not guaranteed outcomes. The apocalypse might be close, but it’s not here yet.