This Generation Changed America – And We Don't Think It too Made a Great Contribution? 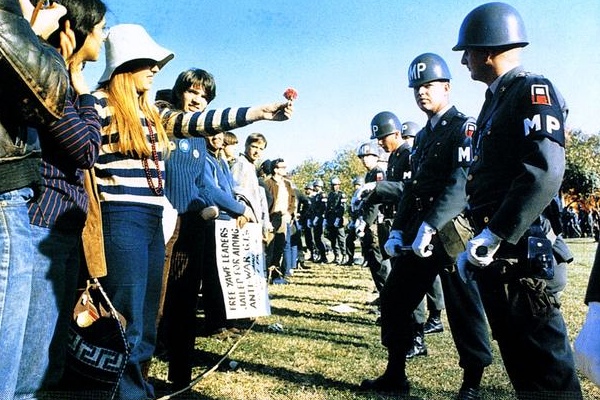 The summer of 2014 has witnessed considerable attention paid to such historical anniversaries as the seventieth commemoration of the D-Day invasion in France and the fiftieth anniversary of Freedom Summer in Mississippi during which college students supported the registration of black voters sin the state. The courage of the soldiers who stormed onto the beaches of Normandy helped pave the way for the final defeat of Hitler’s Germany—although there is a tendency for Americans to ignore the heavy casualties and contributions of the Soviet Red Army on the Eastern Front. Borrowing a phrase from journalist Tom Brokaw, America’s World War II veterans are often referred to as “the Greatest Generation.” The heroism of the Freedom Summer volunteers and the martyrdom of Andrew Goodman, Michael “Mickey” Schwerner, and James Earl Chaney, murdered by the Ku Klux Klan in Mississippi, is also receiving well due recognition. However, there is little association of these sacrifices with the baby boomers as a great generation who sought to make America and the world a better place. Modern memory continues to perceive the post-World War II baby boomers of the 1960s as hippies interested in self-gratification, while their parents struggled through the Great Depression and Second World War. While there was certainly excess during the 1960s, this stereotypical depiction tends to ignore the Civil Rights Movement; the fostering of women’s liberation; the freedom struggles of blacks, Latino/as, and Native Americans; the efforts to alleviate poverty; the formation of an environmental ethic to save the planet; and the protests of many young Americans to end a war of aggression in Southeast Asia pursued by American foreign policymakers and bravely fought by other young Americans in the jungles of Vietnam.

Extolling the virtues of the baby boomers, of course, does not mean that we need to disparage the efforts of their parents. My own father dropped out of school during the Depression era to support his family, and during World War II he was drafted and dispatched to the European theater. After the war, he returned to his life in the Texas Panhandle, struggling with his limited education to eke out a living for his family. Similar to many in the “Greatest Generation” exposed to the insecurities of depression and war, he was conservative in his approach to life. Speaking out and challenging the status quo might cost one a job, so many of the heroic fighters of World War II became the silent generation that characterized the consensus society. New Dealers, feminists, labor leaders, civil rights workers, and reformers in general were depicted as communists undermining the consensus in which prosperity would eventually come to all Americans through capitalist expansion.

An exception to the silent generation was African-American veterans who fought against racism in Europe and were no longer inclined to accept Jim Crow in the United States. This grassroots effort to topple racism in the American South attracted the attention of many young people who did not understand the reluctance of their parents to confront the nation’s racial past and present. Inspired by the example of the Civil Rights Movement, hundreds of predominantly white college students volunteered to challenge Jim Crow through registering blacks to vote and desegregating bus facilities. The response to the black and white “Freedom Riders” included angry mobs that overturned and burned buses while beating the integrationists with clubs and baseball bats. The Klan threatened participants in the 1964 Freedom Summer with violence, yet college students were not intimidated. It is interesting today to ask students how many would risk their lives by spending their summer vacations in pursuit of expanding American democracy. Freedom Summer resulted in considerable violence, and the deaths of Chaney, Goodman, and Schwerner captivated the nation—especially the murder of the two white students Goodman and Schwerner—and played an important role in the eventual passage of the Civil Rights Act of 1964 and Voting Rights Act of 1965.

Upon returning to their institutions of higher learning following participation in the Civil Rights Movement, many college students were no longer willing to quietly accept the university’s participation in institutional racism and research to serve the military-industrial complex. Mario Savio returned from his time in the South to assume a leadership role in the Berkeley Free Speech Movement. And increasingly college students, despite their draft exempt status, were drawn to protest the Vietnam War. While much of the antiwar activity was directed at the draft, whose primary victims were minority groups and working-class youth, it should be noted that protesters were also concerned about their responsibility as American citizens for a government which was dropping napalm and cluster bombs upon the Vietnamese people. There was much more to the demonstrations than young people simply wanting to save their own skins and opposed to serving their country. As Frances Wright proclaimed in her 1828 Fourth of July address, patriotism is about allegiance to the principles for which one’s nation stands and not blindly following leaders. Many young men had the courage to face prison or exile rather than submit to the draft, but most accepted conscription even if they were in opposition to the war. After all, draft resistance was often considerably difficult for one’s parents who faced community censure for raising a cowardly son.

The baby boomer generation was in reality hardly cowardly, fighting bravely in a war whose purpose was unclear, and poorly trained young recruits were often confronted with the difficult circumstance of distinguishing friend from foe. The result of this draftee army with an average age of nineteen was numerous atrocities such as the My Lai Massacre. But in support of these soldiers who often felt abandoned by their own nation, it is worth noting that after being caught by surprise with the North Vietnamese Tet Offensive in 1968, the American troops recaptured the cities of South Vietnam and essentially achieved a military victory over the North Vietnamese forces. The breakdown of discipline in the American military was more a product of the final years in the conflict as the United States was in the process of withdrawing from Southeast Asia, and few wanted to be the last to die in Vietnam.

The 1960s were, of course, an age of dissent, and again one can point to many extremes such as the bombing campaign conducted by the Weather Underground faction of the Students for a Democratic Society (SDS). On the other hand, the arguments for participatory democracy made by Tom Hayden in The Port Huron Statement place SDS well within the mainstream tradition of expanding American democratic opportunities and possibilities. Organizations such as the Black Panthers scared many white Americans with their guns and revolutionary rhetoric, but they succeeded in drawing the nation’s attention to problems of police brutality and economic inequality in the inner cities of America. In addition, the illegal activities pursued by the FBI and J. Edgar Hoover to destroy the Panthers and antiwar movement demonstrated to Americans that they must remain ever vigilant regarding government encroachment upon civil liberties. Many of the protest groups in the 1960s and 1970s, however, were not immune from the sexism of the larger American society Women in organizations such as SDS were sometimes treated as second-class citizens, demonstrating the need for a women’s movement. The consciousness-raising of the 1960s continues to resonate today with the issues of equal pay, reproductive rights, child care, violence against women, and the representation of women in the political process. And in terms of rights for gays, lesbians, and transgender individuals, the country has recorded tremendous strides well beyond the humble beginnings made by the baby boomers.

The hippie movement continues to receive considerable ridicule, but it should be noted that the hippie fascination with Native American culture contributed to a national debate about how the U. S. government treated and continues to treat indigenous people. It is no accident that the 1960s produced such best-selling books as Dee Brown’s Bury My Heart at Wounded Knee and Vine Deloria’s Custer Died for Your Sins, culminating in the challenges of the American Indian Movement to policies of termination for tribal rights. Countercultural emphasis upon nature and the environment fostered Earth Day and sparked an awareness of how human activity impacts nature. Organizations such as Greenpeace arose out of the 1960s and concerns regarding nuclear testing, whaling, and seal hunts; demonstrating connections between the peace movement and environmental issues. Many young people today appear drawn to the focus upon nature and conservation emphasized by Earth Day and the baby boomers.

Obviously there was an excess of drugs, violence, and sexuality in the 1960s, but the clouds of marijuana smoke associated with the era should not be allowed to obscure the contributions of a generation that sought to combat racism, war, pollution, sexism, poverty, and materialism. The reach of the baby boomers often exceeded their grasp, and neither the new consciousness envisioned by Charles Reich in The Greening of America nor the promise of Woodstock ever quite materialized, but there should be some acknowledgement of the endeavors to create a better world. We must never forget the sacrifices of the World War II generation on the beaches of Normandy, but as we also commemorate the fiftieth anniversary of Freedom Summer, the ultimate price for freedom paid by Chaney, Goodman, and Schwerner, as well as others of the baby boomer generation, should not be forgotten.