Five Questions About World War I that Remain Unanswered

J. Fred MacDonald is a former Professor of History at Northeastern Illinois University (Chicago) and former President and CEO of MacDonald & Associates historical film archive, now owned by the Library of Congress. He is the author of 6 books on US media history and currently resides in Los Angeles, CA.

On July 28, 1914 the armies of Austria-Hungary marched into Serbia and precipitated a political chain reaction that would soon become the Great War. Most of Europe was quickly plunged into a conflagration that would kill millions and call into question the very idea of civilization.

Now, one hundred years later, many pause and remember WWI as a bloody four-year struggle between good and evil. From Japan and Persia to South Africa and Belgium, the two militarized sides murdered evil and called their triumphs good. 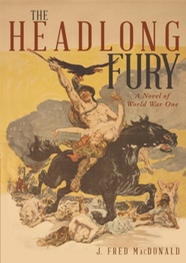 In the 1920s and 30s historians wrestled over the question “Who started the war?” Careers were made by studying military archives and then blaming the Germans or the Austrians. Enter the revisionists who built their careers blaming Great Britain or France or Russia. But placing blame made little difference by that time, the killing was over for now.

One matter upon which most analysts agreed, however, was that the Great War ushered in a new, modern world and raised fundamental questions that demanded structural review and possible change. Ironically, the following questions remain definitively unanswered.

NATIONALISM: With so many Kings and Czars and Kaisers ousted from power, with so many new countries, with nationalist ambitions aroused in various parts of the colonial world, how should the planet be politically arranged to prevent another global conflict? Should it become a world of independent states formed according to ethnicity (as in Poland or France), or should it become an amalgam of super-states encompassing the aspirations of diverse peoples (as in Yugoslavia or United States)?

WORLD ORGANIZATION: President Woodrow Wilson pressed the idea of a League of Nations, an international organization that would work to prevent future conflicts. But he failed to get the organization accepted by his own U. S. Senate. How realistic was the League when even the United States refused to join? How practical was such an institution when nationalistic feelings captivated people around the world?

TECHNOLOGY: Should the principles of science be manipulated by engineers into implements of mass death? Should science and armaments manufactures be limited? The development and use of tanks, airplanes, arial bombardment, poison gas, flame-throwers, explosive grenades, and machine-guns raised serious ethical questions. Were such impersonal killing machines just technological aberrations of the Great War, or should they be improved and new weapons of wholesale destruction be developed?

ECONOMICS: Little more than a year before the Armistice of November 11, 1918 ended fighting on most war fronts, the Bolsheviks overthrew the Russian Provisional Government and declared that Russia was now a Communist state. The struggle between Communism and Capitalism escalated. How should profits be distributed: mostly to the state as representative of the people, or mostly to the individual entrepreneur whose efforts generated the profits? How should land be distributed? According to the state which held all land as the Peoples’ representative, or to private owners holding title to land they purchased or inherited from a previous owner?

DEMOCRACY: Since most of the principal combatants at the outbreak of the War had democratic institutions at home—Germany, France, Great Britain, and even Austria-Hungary and Russia—was democracy as gloriously appropriate as its proponents claimed? What had “the people” done that their Presidents and Kaisers had not wanted? The socialists expected that class solidarity would override nationalistic fanaticism. They were wrong. Editorialists called for mass man to refuse to accept war as an answer to problems his leaders created. Instead, mass man gave himself to the state as a weapon. In terms of democracy there was little difference in the response from Russians long-used to autocratic governance and republican Frenchmen, between fighters from parliamentary Germany and parliamentary Great Britain.

With the centenary of this monumental conflict at hand, many in the United States may wonder why they should pay attention to what happened in the summer of 1914. After all, the U. S. did not join the war until April 1917—and engage regularly in the merciless battles until early 1918. The answer seems apparent: the modern world began with the Great War.

The Old World which had always suppressed progressive change collapsed under the weight of a horrendous war. New blueprints for human arrangement emerged from the rubble that remained where civilized people once dwelled. New forces—mass man with political power, unbridled science, ethical uncertainty, international distrust—dominated global politics, but still had to contend with residual conservatism which demanded restraint and regressive political restructuring.

The nation which best fit this conservative model was the United States. For a country with less than a year of full-scale combat and became the richest economic power on the planet thanks to the war, a country that now maintained a mighty Navy and a massive Army, and was at the forefront of humanitarianism through the efforts of Herbert Hoover who led the fight against famine in Belgium and France in 1915, and against global famine beginning in 1918, the United States had a mandate. It had to play a stabilizing role in postwar modernity. No European or Asian nation could match its power, ingenuity, or integrity.

Instead, the US folded its formidable international position and fell back into impotent isolationism. Encapsulating this feeling in a more personal way was a song popular in 1919, which proclaimed “Is the struggle and strife we find in this life, Really worthwhile, after all. I’ve been wishing today I could just run away, Out where the west winds call…We’ll build a sweet little nest, Out there in the West, And let the rest of the world go by.”

The centennial of World War One is a worldwide event. It is being observed from London to Istanbul to Auckland. But it is also an American occasion. It marks the beginning of the long internal struggle within the United States to overcome chronic isolationism and occupy the role of global prominence that two World Wars finally thrust upon the US. We cannot afford to let the rest of the world go by; nor can we miss the opportunity to observe the centenary of WWI.