by Timothy B. Lee

Timothy B. Lee is a senior editor at Vox, where he covers technology. He has previously written for the Washington Post, Ars Technica, and Forbes. 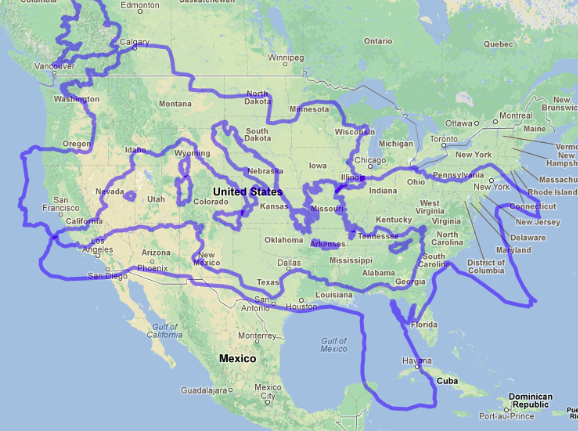 The Roman Empire at its height in AD 1,000 overlaid on a map of the United States.
Two thousand years ago, on August 19, 14 AD, Caesar Augustus died. He was Rome's first emperor, having won a civil war more than 40 years earlier that transformed the dysfunctional Roman Republic into an empire. Under Augustus and his successors, the empire experienced 200 years of relative peace and prosperity. Here are 40 maps that explain the Roman Empire — its rise and fall, its culture and economy, and how it laid the foundations of the modern world.
Read entire article at Vox Media
comments powered by Disqus