Guess What Mexico Did When Tens of Thousands of Guatemalans Overran Its Border in the 1980s?

Aaron Margolis is a PhD candidate in Borderlands History at the University of Texas at El Paso. He is currently finishing his dissertation on the modern history of Mexico’s southern border. 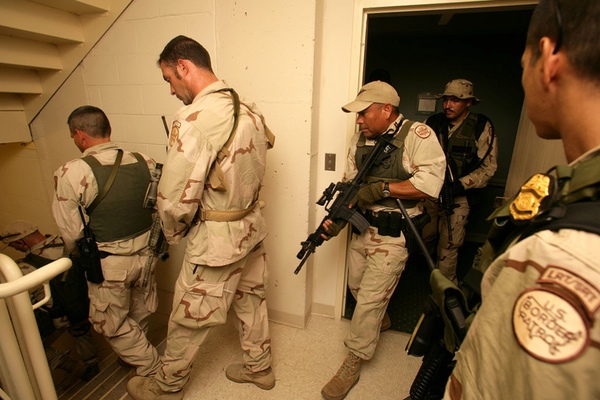 As Central American immigrants continue to arrive at the United States’ southern border, and according to recent reports, are being flown home to the place they so desperately tried to escape, both policy makers and the American public can draw upon the example of the Mexican government and civil society’s treatment in the early 1980’s of thousands of Guatemalan refugees. Much like today’s desperate families composed of mostly women and children, small groups to whole communities of Guatemalans raced across Mexico’s border in the search of safety. They fled into the southern state of Chiapas, barely steps ahead of the bloody campaign of racial genocide wrought by the military-government of Guatemala against the country’s indigenous people. Eventually this trickle of humanity became a torrent, as nearly fifty thousand arrived with nothing but scars, sickness, and fear. And then Mexico, in the words of Luis Ortiz Monasterio, the former head of Mexico’s refugee agency, did what nobody else could do, they saved their lives.

Before saving thousands of Guatemalan lives Mexico, like the United States today, had an internal debate about what to do with those who crossed their border. As part of my dissertation research on the history of Mexico’s southern border I had the opportunity to learn about the challenges and parameters of that debate and the similarities between Mexico then and the United States now. There are numerous shared issues; economic uncertainty (Mexico endured a severe currency devaluation caused by, amongst other things, massive foreign debt necessitating a billion-dollar bailout); questions of national security (like today, some conservative voices in Mexican society characterized Guatemalans as a cultural, economic, and ideological – Communist – fifth-column); and finally, the financial cost (Mexicans of all political stripes asked whether valuable local and national resources should be spent helping foreigners).

Underlying these important issues, Mexico, like the United States, proudly celebrated a generous tradition of offering shelter to those forced to flee their homeland. Most famously Mexico offered shelter to thousands of Spanish Republicans fleeing Franco’s Spain in 1939. Besides finding safety, these exiles provided a valuable intellectual injection into Mexico whose legacy you can find today in institutions such as the internationally recognized Colegio de Mexico in México City.

The Guatemalans who arrived in the 1980’s did not come with blueprints of higher learning but instead, like most immigrants, were the protagonists of Emma Lazarus’s famous poem: tired, poor, and weary. Nonetheless, the internal debate in Mexico became settled: help the refugees, who sorely needed it. As Sister Lucia Jimenez of the Dioceses of San Cristóbal de las Casas related to me, mothers and children arrived ravaged by hunger and illness, as they, like those children and mothers of today who in cities like Phoenix are yelled at by protesters and politicians “to go home,” walked, risked, and overcame a journey marked by millions of dangerous footsteps. As a key member of the Diocese’s Christian Solidarity Committee (Comité Cristiano de Solidaridad), the Sister lead what would become by 1985 a multi-million dollar church effort to provide not just aid for the Guatemalan refugees, but a foundation for a new life free of outside support. Utilizing donations from around the world, the church worked with numerous NGO’s to provide housing, job training and manufacturing (thousands of traditional indigenous garments were produced by refugee women to be sold to customers around the world to support their families). At first the situation seemed overwhelming because, like today, the challenges accompanying so many uninvited guests in need of assistance seemed to only heighten already existent problems. However, the stubborn and optimistic efforts of the Dioceses, the Mexican government, and the public ensured success.

Camps were formed at first, but then came communities, some newly created, some enlarged by the addition of families here and there in various Mexican towns, which for the most part eagerly welcomed and supported these new arrivals. Years later thousands of refugees returned to Guatemala able, with the help of the Church, but primarily through their own organizing, to negotiate the conditions for their safe sojourn home with the government that tried to kill them. Many thousands of Guatemalans stayed in Mexico becoming what refugees often become, members of their new society, nostalgic for what was lost, but with their growing families part of a more diverse national community. Today they vote, work, pray, celebrate, speak, and remember. They are like many of the children arriving in the past weeks from a failed and a dangerous state. They live with a vigor sparked by a heartbreaking past.

Though there were some missteps overall the story was a success and a model that should be a point of reference for the United States. Instead of treating the Guatemalan refugees of the 1980’s as some unwanted package to be shipped back, Mexicans in and out of government led a pragmatic effort to enrich their country with those who needed room to breathe and live. Like many today in the United States, vocal elements in Mexico looked on the Guatemalans in Chiapas and saw a threat instead of desperation, thought of burden instead of charity. As a whole, Mexico as a nation did not listen to those protests, instead choosing compassion and humanity for those thousands whose desperation for a better life caused them to ignore borders. In the present situation the U.S. could do no worse.