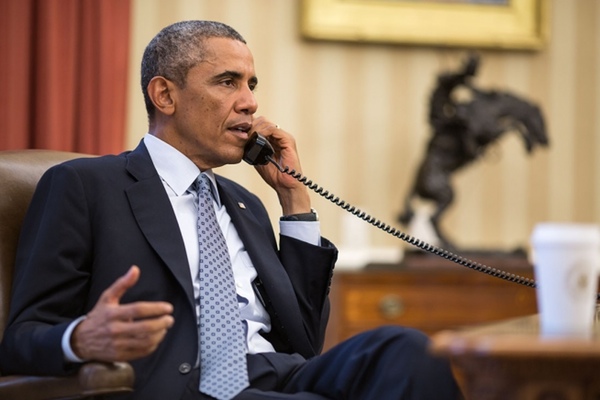 In the past week, Secretary of State John Kerry has marshaled support of some sort from both European nations and from countries in the Middle East for the US push against ISIL. Unfortunately, the resulting coalition is riddled with contradictions that may well cripple it. Here a some of the more important obstacles to a smooth alliance or coherent war plan.

1. Kerry deeply wanted buy-in from Egypt, the most populous Arab state and the most important military power among the Arabs. President Abdel Fattah al-Sisi, however, insisted that the strategy be wider-ranging than just a push against ISIL He wanted a campaign against “terrorism” in general. Al-Sisi’s government has declared devotees of political Islam, i.e. the Muslim Brotherhood, to be terrorists. Al-Sisi believes he can “turn” Obama, getting him to stop criticizing Egypt for the overthrow of the Morsi (Muslim Brotherhood) government, and that the US need for him gives him a trump card in this regard.

2. There are hundreds of guerrilla groups fighting in Syria. Some of them have given fealty to the the so-called Islamic State. Others have joined a rival organization that is more Salafi in coloration, the Islamic Front (strong in Aleppo). The National Coalition and the Free Syrian Army are yet another force, heavily dominated by the Muslim Brotherhood and now much weakened. So if Obama agreed with al-Sisi to pursue a global ‘war on terrorism’ together, he would be in the difficult position of opposing the Free Syrian Army and of agreeing to help crush the Syrian Muslim Brotherhood– among the major opposition groups to both ISIL and the Baath regime in Damascus.

3. That is, Obama’s desire to support a “moderate” opposition will lead him to back to the Muslim Brotherhood of Syria. But Saudi Arabia, one of Obama’s major partners, has declared the Muslim Brotherhood as a terrorist organization, and they have the money to make that stick. With Egypt and Saudi Arabia against the National Coalition and the Free Syrian Army (because of their Muslim Brotherhood ties), Obama by allying with them is basically allying with the murky Islamic Front, which has some al-Qaeda elements and now has turned openly anti-democracy and anti-rights for minorities.

4. Saudi Arabia will provide training camps for the rebels of the “moderate” opposition. But it is rumored that the Saudis are behind the splinter group from the Free Syrian army, the “Islamic Front.” It rejects democratic elections. The Islamic Front is full of people who have continued to have rigid religious views but who are trying to find new allies. The Saudis will be training people, in other words, very much like the Islamic State fighters in their fundamentalism, but who are less hostile to Saudi Arabia and perhaps slightly less openly brutal. That’s a “moderate” Sunni opposition?

5. Iran is a much more promising ally for Obama But because of hardliners in both countries, Obama won’t be able openly to ally with Iran Still, operations by the Jerusalem Brigade of Iranian special forces such as the one to break the ISIL siege of Amerli are at least effective. The downside is that that will look like a Christian/Shiite crusade against Sunni Arabs. Effective militarily, perhaps, but poison politically.