Munro Price is Professor of Modern European History at Bradford University. His books include “The Perilous Crown: France between Revolutions”; “The Fall of the French Monarchy”; and “Preserving The Monarchy: The Comte de Vergennes, 1774-1787.” His latest book is “Napoleon: The End of Glory.” 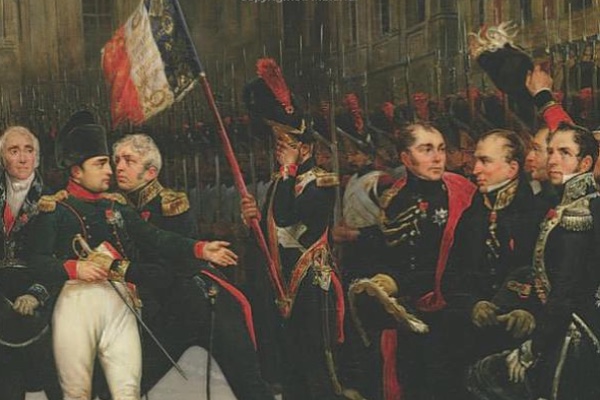 At 8am on July 3, 1815, a modest yellow carriage trundled into the port of Rochefort on the French Atlantic coast. It turned into the courtyard of the Marine Prefecture, and a small, stout man in a green overcoat climbed out. It was Napoleon Bonaparte, exhausted after four days on the road from Paris. Eleven days before, he had abdicated for the second time, following his final defeat at Waterloo. He spent his last fortnight in France in the port, pondering how best to save his career, and possibly his life.

Napoleon's two weeks at Rochefort are generally forgotten, sandwiched as they are between the last two great events of his life – Waterloo and his departure for St Helena. The received opinion is that one was the inevitable consequence of the other. In fact, this is not the case. After the collapse of his last bid for power in France, there were several courses open to Napoleon, and the most logical one was escape to the USA. His intention in making for Rochefort in the first place was to take ship there across the Atlantic, and he very nearly did. Had he reached America, his own history, and conceivably that of the world, might have turned out very differently. 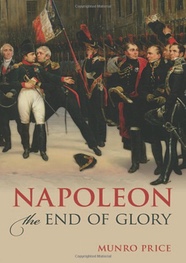 What made flight to the USA such an attractive option for Napoleon? First of all, it was one of the few places left in the world where he could live as a free man. All the European powers had declared him an outlaw. If they captured him, his fate would be very uncertain. He might be allowed to depart to a neutral country, or be placed instead under some form of house arrest; at worst, he might be executed. The USA, on the other hand, had never been his enemy; on the contrary, it had recently been at war with his own greatest opponent, Britain. On a deeper, ideological, level, it made sense as Napoleon's destination. It was a new country, born of a revolution that had helped inspire the French Revolution of which Napoleon himself was the heir. The symbolism of the greatest adversary of Europe's old order seeking refuge in the New World would have been unmissable.

The USA also offered Napoleon new opportunities as well as safety from danger. On its southern border lay the vast territories of Central and South America, currently in the throes of revolution against Spain, and a tempting field of action for an unemployed military genius. Significantly, Napoleon spent much of his last days in Paris before leaving for Rochefort reading the explorer and naturalist Alexander von Humboldt's Voyage to the Equinoctial Regions of the New Continent, with its detailed descriptions of Mexico, Venezuela and Peru. Napoleon spoke of travelling there simply as a private citizen pursuing scientific research, but his listeners suspected otherwise; the banker Jacques Laffitte, whom he asked to arrange the journey, urged him to make himself Emperor of Mexico.

These speculations, however, lost Napoleon valuable time. The British government had already established a naval blockade of the French Atlantic ports, and when Napoleon arrived in Rochefort, he found the 74-gun HMS Bellerophon stationed outside the harbour. This made his position more difficult, but by no means hopeless. The French provisional government that had succeeded him had promised to request passports from the British for him and his suite to enable an open departure. If these were refused, he could still make a clandestine escape, hidden on a boat that could slip past the British ships.

On 4th July, appropriately, Napoleon convened a naval council in Rochefort to decide how best to reach the USA. It concluded that the blockade could not be broken by force, but could be eluded by stealth. Yet instead of making a bold decision, as he would have done just a few years before, Napoleon dithered for six days. Why was this? Probably because he dreaded the humiliation of being captured. He had a point. One of the escape plans involved hiding him in a large brandy-cask; discovery in this inglorious position would have held him up to ridicule. So Napoleon hung on in the increasingly illusory hope of passports and a dignified departure, while all the time the net closed around him.

This state of limbo ended on July 9, when a letter arrived from the provisional government ordering Napoleon to leave France within 24 hours. Napoleon was now forced to take action. With no word of passports from Paris, he sent a deputation to the Bellerophon hoping that they had been delivered directly there. The ship's commander, Captain Maitland, had no passports, and made it clear that if Napoleon gave himself up, he would be taken directly to England.

The alternatives were now stark: unconditional surrender or a secret escape. At the eleventh hour, Napoleon opted for flight. A scheme was devised: on the night of July 13-14 he and a few companions would board a lugger that would sail close to the coast, beyond the reach of the Bellerophon, to a merchant ship anchored off La Rochelle, which would then take him to America. Meanwhile, Napoleon's elder brother Joseph, the ex-King of Spain, who had arrived a few days before in Rochefort and who resembled him closely, would impersonate him to throw pursuers off the scent.

Then, at midnight on July 13, just as he was about to set off, Napoleon changed his mind. Why he did so will always remain mysterious. He may have had scruples about leaving his entourage behind to an uncertain fate, or his fear of capture may have resurfaced. He may simply have been exhausted and unable to go any further. Whatever the cause, he called off the plan. At 10am on July 15 he surrendered instead to Maitland, hoping he would be granted a place of retirement in England. He was not; three months later, he was on St Helena.

Napoleon's attempt to reach the USA is one of the great 'what ifs' of history. The secret escape he abandoned on July 13-14 was entirely feasible; his brother Joseph embarked clandestinely at a nearby port ten days later, got to America with no difficulty, and lived comfortably in New Jersey for fifteen years. Had Napoleon followed Joseph's example, he too might have opted for a tranquil retirement – or not. In an early essay in counterfactual history, published in 1931 and entitled “If Napoleon had escaped to America,” the eminent British historian HAL Fisher depicted Napoleon disembarking in New York, then going on to liberate South America before drowning at sea on a final expedition to conquer India. This may seem fanciful, but with Napoleon the fantastic had a habit of becoming reality.