The Fall of Rome and All that

Douglas Boin is the author, most recently, of “Coming Out Christian in the Roman World” (Bloomsbury Press). He is an assistant professor of history at Saint Louis University. You can follow him on Twitter @douglasboin. 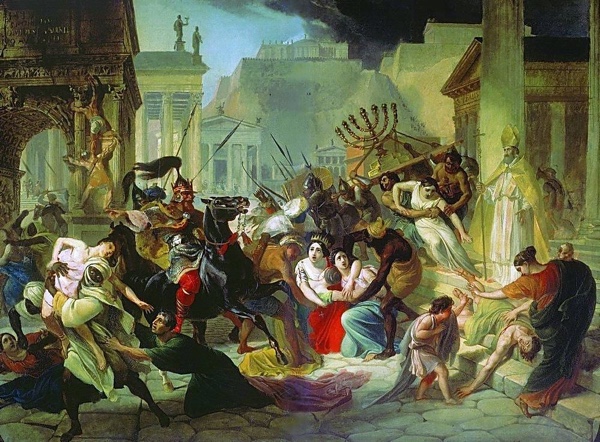 Last November, Ted Cruz of Texas stood on the Senate floor and claimed that America, like ancient Rome, faced a moment of grave, existential danger. He’s not the only one telling scary stories about ghosts in togas.

Over the past six months alone, media outlets (including this one) have averaged about one gloom-and-doom essay a month, citing everything from America's cultural relativism to the increasing use of drones in military conflict to the spread of gay marriage as proof that Rome’s history is repeating itself. 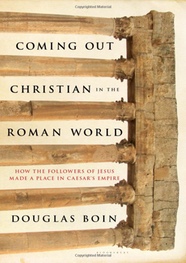 As a historian of the Roman Empire, I’d like to suggest there’s really no need for alarm.

One of the most well-known moments in history, the "Fall of Rome," is not a historical event. It's not even a series of unfortunate mistakes. It’s more akin to a theological idea, and the time has come to stop screwing up the way we talk about it. Understanding the place of religion in history is an urgent one, too.

In the wake of the terrorist attacks on Charlie Hebdo and the rise of the so-called Islamic State, many commentators, even President Obama, began to wonder whether it was fair to call Islamic extremism “religious." Everyone was and is eager to find ways to talk about a world faith without condemning it as inherently intolerant. Unfortunately, our track record in this area isn't good.

Edward Gibbon was one of the first of the modern era to wrestle with this dilemma—and he failed miserably at it. Gibbon, one of the brightest stars of the Enlightenment, the learned man whose name has become synonymous with the disease he studied, "Decline and Fall," was adamant that "the intolerant zeal of the Christians" had led to the “fall of Rome.”

Gibbon's broad, anti-religion thesis was popular for the eighteenth century, when science and secularism were the hottest buzzwords. It also set off an explosion of interest in the late Roman Empire. By the 1980s, there were 210 explanations for what had caused Rome’s "fall": from a lack of moral character to a pervasive "tiredness of life.” Archaeologists soon started to claim that they could see the “end of civilization” in their pots and houses. But no one ever stopped to point out the flaw at the root of all these experiments.

Romans had been predicting the downfall of their own empire for decades, even centuries, before anything remotely “disastrous” ever happened to it. Blinded by an ideological contempt for people’s beliefs, intent on taking about religious identity in monolithic ways (“the Christians”), Gibbon had overlooked some key data.

In the late Republic, conspiring citizens put their trust in the gods that a military man would come to save them during a time of crisis. It never happened. The group was rounded up and executed. Later, one of Jesus’ followers did something similar: summoning the specter of Rome's fall to rally his base. Christians were attending festivals, showing their neighbors they could be good citizens. To the writer of Revelation, their ability to do two things at once was an abomination. Christians were supposed to be fighting a spiritual war, he argued, not building bridges with people in town.

Of course, Rome's empire never came to a fiery end in a war fought between “angels and demons.” Within two decades, the entire Mediterranean would be living through the greatest economic prosperity it would ever know, and Christians were raising their social profile everywhere.

Crack-pot Romans and zealous Christians weren't the only ones obsessed with the end times, either. One Jewish writer in Egypt would draw upon the same ideas to encourage his followers to take up arms against the state. He predicted Rome would finally be overturned for annihilating Jerusalem. His rebels foolishly fought the Roman army. They lost. Within two decades, the Jewish community was forced to live as exiles from their homeland.

Gibbon’s eagerness to see history through the "secular" lens of the Enlightenment blinded him to the most important "religious" story of the empire—and left us woefully unprepared to talk about the complexities of religious identity today.

Anxious notions about the last days, notions of spiritual warfare, and a righteous belief that a divine hand was endorsing a specific law or policy were ideas in Rome that crossed the theological aisle. But that doesn't make them any less “religious.”

In Rome, these were the ways many people grappled with uncertain times—from the late Republic to 476 A.D., when the Christian emperor of Rome was replaced by a Christian king. We traditionally associate that latter year with the "Fall of Rome,” but it’s time to drop the historical charade. Just because the government changed, it wasn't the end of the world, despite some people who saw it that way.

That's why today's ghost stories are ultimately so revealing. We keep pretending we're doing Roman history when what we're really masking is our own severe anxiety about the fast-changing changing world—using the same ideas that our ancestors did, two thousand years ago. It’s time we put these beliefs back into our history books instead of doing as Gibbon did: ignoring them or, worse, pretending they were never there.

What people believe—and what people are taught to believe—can’t be left out of history.