Why Indiana Republicans Blundered so Badly on Gay Rights

Victoria Saker Woeste was educated at the University of Virginia (B.A.) and the University of California at Berkeley (M.A., Ph.D.), where she trained as an interdisciplinary academic in law and social science. Her latest book is "Henry Ford's War on Jews and the Legal Battle Against Hate Speech." 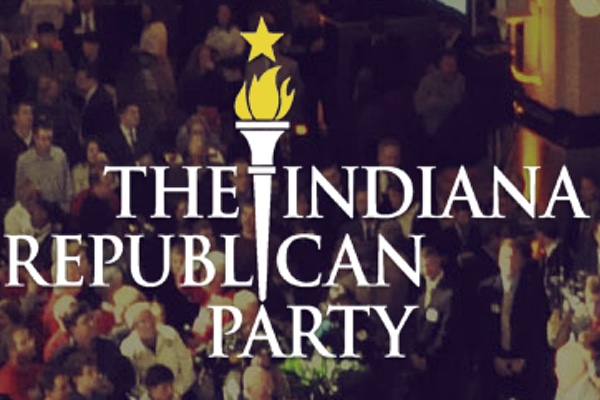 Like Captain Renault, the corrupt French policeman in Casablanca, proponents of the Religious Freedom Restoration Act say they are shocked, shocked! to discover that anyone objects to protecting religious believers from government oppression. One wonders how so many presumably well-informed elected officials (61 in the House, 40 in the Senate) got this one so horribly wrong. (Only five House Republicans voted no.) What did Republicans in the legislature and the statehouse know about the constitutional implications of RFRA before they approved it?

As it turns out, each party in the Indiana House received entirely different analyses from nationally respected legal scholars. The first letter, written on University of Virginia Law School letterhead, says that religious rights are insufficiently protected under Indiana law. Yet RFRA will not result in discrimination because government almost never permits civil rights to take a back seat to religious rights. The only relevant context is a 1990 U.S. Supreme Court’s decision that said Native Americans who use peyote in their religious rituals could be fired from their jobs. To defend the rights of individuals to practice their religion when off the job, Congress passed the federal Religious Freedom Restoration Act in 1993.

Still, supporters of the law refuse to acknowledge that the bill radically expands corporate religious rights. Nor would they concede that the RFRA gives anyone (including corporations, businesses, and employers) the right to discriminate against LGBTQ citizens, who are not covered by the state’s civil rights laws despite the “fix” passed by the legislature in hasty response to the public relations disaster that followed the passage of the law.

The other letter, appearing on Columbia University Law School letterhead, offers a more nuanced analysis of the kinds of rights at stake in this debate. The Columbia letter argues that the “finely tuned harmony between religious liberty and other rights secured by the Indiana Constitution and laws” should be maintained. RFRA “would amount to an over-correction” that would elevate religious rights over other rights. Fundamental constitutional rights do sometimes come into conflict, but courts and legislatures seek to avoid permitting one kind of right to trump another. Where government authority and religious belief diverge, the letter argues, government must not play favorites; one religion cannot supersede any other, and no public official can discriminate against believers with whom she disagrees. Likewise, when the government grants exempts people on the basis of their religious convictions from otherwise generally applicable laws, it must ensure that others are not forced to bear the costs (economic or otherwise) of that exemption. The Columbia letter observes that this idea is theoretically at the heart of the Supreme Court’s Hobby Lobby decision, but it has yet to be put into effect; as a result, religious belief continues to prevent workers from obtaining the health care to which their employers object. The letter urges Indiana not to make this mistake by amending the bill so that “religion [sic] accommodations are not available where extending them would result in meaningful harm to third parties.” The Columbia letter concludes that RFRA “will threaten the clarity of religious liberty rights in Indiana while undermining the state’s ability to enforce other compelling interests.”

By rejecting attempts to make the bill more balanced, the Republicans acted with admirable yet destructive discipline. It is simply impossible for them to claim they had no idea of the consequences of voting yes.

As a legal scholar, I recognize that there will always be differing opinions on all manner of legal matters, particularly on pending legislation. My question, and that of many people across the political spectrum, is why elected representatives who favored the bill were so captivated by the Virginia letter. But there’s no mystery as to why the backlash caught them entirely by surprise. The reason is because our society has changed. The social context in 2015 is entirely different from the one that produced the federal RFRA in 1993,which was the same year that President Clinton and Congress adopted the “don’t ask, don’t tell” policy for keeping gay people closeted as long as they served in the military. DADT fell by the wayside in 2011. It is probably no coincidence that since that time states have been busily accepting marriage equality. Braced by the Virginia letter and unaware of (or choosing to ignore) the Columbia letter, Indiana’s House Republicans thought they could ignore this changed context. They relied only on the legal opinion that portrayed religious liberty as under attack. But most people across Indiana—and indeed the nation—do not believe that it is. That is why the backlash was so swift, so furious, and so scalding.

This is a classic case of winning the battle and losing the war. A balanced approach to civil rights should prevail at the state level, but Indiana’s RFRA “fix” stops short of guaranteeing equal civil rights to individuals regardless of sexual orientation or gender identity. Until that oversight is addressed, Governor Pence should spend some time improving his Captain Renault impersonation.