Barry Strauss teaches history and classics at Cornell. He is the author of “The Death of Caesar: The Story of History’s Most Famous Assassination” (Simon & Schuster: March, 2015). Follow him on Twitter @barrystrauss. 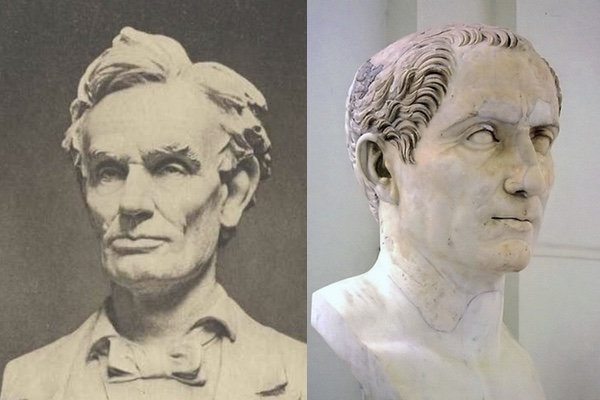 When John Wilkes Booth shot Abraham Lincoln in Ford’s Theater 150 years ago, on Good Friday, April 14, 1865, he saw himself as an actor in a time-honored drama – Brutus stabbing Julius Caesar in the Capitol in Rome on the Ides of March. Via Shakespeare’s famous play, Caesar’s killing inspired the plot against Lincoln – and leaves an uncanny echo today in New York’s Central Park. It’s a strange story about Booth and his family, the first family of the American theater, and their obsession with Brutus. And it’s a cautionary tale about drawing the wrong lessons from history. 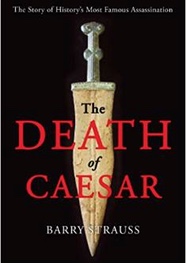 Booth was all but fated to compare himself to Brutus. Both his father and a brother were named Junius Brutus Booth; Booth himself played Brutus on stage and called it his favorite Shakespearean role. Just a few months before the assassination, in 1864, Booth and his two brothers played in a benefit performance of Shakespeare’s Julius Caesar in New York City. Booth played the part of Mark Antony, but another stage beckoned.

Booth thought that Lincoln was a tyrant and that he himself was a liberator. Booth’s act was heinous; his judgment, skewed, if fitting for a Confederate sympathizer. Everything that Booth thought about Brutus, Caesar and political assassination was wrong. Yet if Booth was a lousy historian he was a faithful student of Shakespeare. The Bard makes Brutus into a noble Roman and downplays the conspirators’ squalid calculations of power and privilege. Nor did Booth consider that Brutus unleashed the dogs of war – against himself.

If Booth misread the lessons of history so did Lincoln. Lincoln thought he was a peacemaker. In his Second Inaugural Address five weeks earlier he called for “charity towards all,” “bind[ing] up the nation’s wounds,” and achieving “a just and lasting peace.” But civil war lights fires that do not die out when the battles end. And the shooting stopped only five days earlier, on April 9, 1865, when Lee surrendered to Grant at Appomattox.

Like Caesar before him, Lincoln wanted to mingle freely with his fellow citizens. He should have put safety first. Instead he went to Ford’s Theatre on the night of April 14 guarded by only one Washington city policeman, and that man had left his post when the assassin struck. Lincoln died the next morning, April 15.

By killing Lincoln, Booth changed history even more than Brutus did. Caesar's assassins did not save the republic. They paved the way for Augustus – a kinder master than Caesar but still a master. Booth deprived the nation of the best hope for racial harmony and reconciliation. Vice-President Andrew Johnson, who replaced Lincoln, was a Southerner, a former slave owner and white supremacist. His disastrous presidency set back the nation for a century and still haunts us today. Yet Booth never intended Johnson to succeed Lincoln. He wanted to disrupt the government by sending fellow conspirators to kill Johnson too as well as Secretary of State William H. Seward. But Seward survived an attack and Johnson’s would-be killer lost his nerve and never struck.

If that is one irony of history here is another. The Booth brothers’ benefit performance of November 1864 successfully raised funds for a statue of Shakespeare. Dedicated in 1870, the statue still stands in New York’s Central Park. Few of those who admire it realize that it is an unwitting monument to political assassination.

And few of those who hear Shakespeare’s stirring lines in Julius Caesar consider how different historical events were from the play. The real tragedy is not the death of Brutus or Caesar but society’s failure to settle differences peacefully, by ballots rather than bullets – or daggers. Poetry inspires us to good deeds and bad. History teaches us the sober and complex truths that we ought to live by.