Y’all: It’s Older Than We Knew

David B. Parker is Professor of History at Kennesaw State University. He is the author of Alias Bill Arp: Charles Henry Smith and the South's ‘Goodly Heritage’ (1993) and editor (with John D. Fowler) of Breaking the Heartland: The Civil War in Georgia (2011). 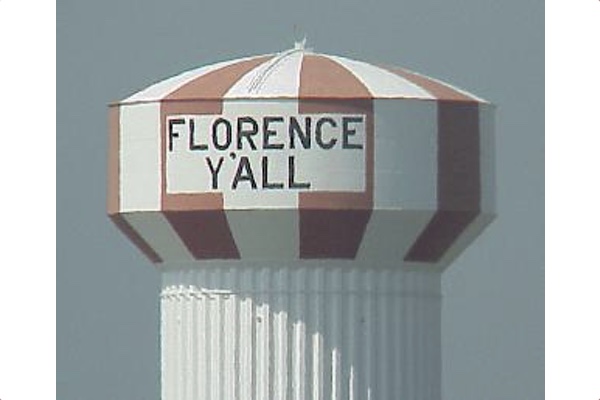 Few words in the English language have been the subject of as much research and debate as y’all. For a historian, perhaps the most interesting part of this scholarship has looked at the origin and development of the word: How and when did y’all come about? Until recently, the word was assumed to have a short history, at least in the literary record. The second edition of the Oxford English Dictionary traced it back no further than 1909.

In 2006, we found that y’all existed at least half a century before that. In a brief article in American Speech, I described two nineteenth-century examples of y’all. One was from the New York Times, which in 1886 ran a piece titled “Odd Southernisms: A Few Examples of Quaint Sayings in South Carolina” that included the following in its penultimate paragraph: “‘You all,’ or, as it should be abbreviated, ‘y’all,’ is one of the most ridiculous of all the Southernisms I can call to mind.” My second example, nearly three decades earlier, was from the April 1858 issue of Southern Literary Messenger. The piece was written by “Mozis Addums,” penname of George William Bagby, a mid-nineteenth-century American writer who specialized in dialect humor. “Mozis” described the crowded conditions in the Washington, D.C. boarding house where he was living: “Packin uv pork in a meet house, which you should be keerful it don’t git hot at the bone, and prizin uv tobakker, which y’all’s Winstun nose how to do it, givs you a parshil idee, but only parshil.”

These earlier citations for y’all would have been almost impossible to discover without the use of new databases that present millions of pages of old documents in a full-text and searchable format. Prior to the digitalization of the New York Times, for example, someone trying to find the first time the newspaper used a particular word would have been faced with a lifetime’s work. It took me a few minutes to find these antedatings to the OED’s first citation. I found the 1858 y’all in the Southern Literary Messenger through American Periodical Series Online—like the Historical New York Times, a ProQuest database.

A few months after the American Speech article appeared, Barry Popik, famed for his work tracking down the origin of the phrase “The Big Apple” to describe New York City, found a couple examples that beat my 1858 citation by two years. Both were in a novel by Alfred Arrington, The Rangers and Regulators of the Tanaha, or, Life among the Lawless (1856). Popik found this through Wright American Fiction, another new database—or rather the digitalization of an older database, a bibliography of American fiction that was begun in the mid-1950s. As a result of this discovery, the OED currently offers 1856 as the earliest y’all.

With the proliferation of these databases, lexicographers, both scholarly and otherwise, have been able to find new early citations for many words and phrases. Hardly a day goes by on ADS-L, the email discussion list of the American Dialect Society, without someone reporting an antedating of some word or another. And as new databases are made available (or as databases become more easily accessible), new antedatings are sure to show up. This has happened with y’all.

Eighteenth Century Collections Online (ECCO), from Gale Digital Collections, contains over 180,000 titles (books, pamphlets, and the like, mainly British). Early English Books Online (EEBO), a ProQuest database, contains over 125,000 titles published between 1473 and 1700. An examination of these two databases reveals “new” citations for y’all that are much earlier than those previously known.

One of the thousands of volumes in ECCO is a poetry anthology, appropriately titled A Collection of Poems, published in London in 1702. The book includes “Prologue to The Fate of Capua,” a light poem that assesses the play by that name by Irish dramatist Thomas Southerne. The following delightful couplet contains an example of y’all from a century and a half before the OED’s current earliest citation:

To Write well’s hard, but I appeal to y’all,

Is’t not much harder not to Write at all.

Boyle meant “I appeal to you all” (or perhaps “ye all”—you and ye were both in use in the early eighteenth century, and both appear in the book), but “you all” has one syllable too many to fit the line, so he used a contraction: “y’all.” He did the same thing, and for the same reason, at the beginning of the next line: “is it” does not fit, so he used the contraction “is’t.”

Another early example of y’all from ECCO is found in The Spanish Curate, a comedic play written by John Fletcher and Philip Massinger in the 1620s. The play appears in The Works of Mr. Francis Beaumont and John Fletcher (1750):

But I know y’all for merry Wags, and ere long

You shall know me too in another fashion.

This is especially interesting because in an earlier version of the play (1711), the same publisher had given these two lines as:

But I know ye all for merry Wags, and e’er long

You shall know me too in another fashion.

In an unattributed poem in The Scarborough Miscellany (1734), Miss Copen, a girl “not yet full ten,” apologizes for her youth, reminds the men that “Rose-buds are as sweet as Roses blown,” and concludes:

---Thus to Y’all I make my fond Address,

Excuse my Faults, accept my Will to please,

Else!---May ye lose your Loves by being thrifty,

In another poetry collection (“by the Author of a poem on the Cambridge Ladies,” [1733]), an unattributed “Satyrical Poem on the Beggers Opera” alludes to London’s Lincoln’s Inn Fields Theatre, where the play was first produced in 1728:

And all ye Heroes of the Roman Line,

Whose God-like Actions will for ever shine,

Attend, and listen to the Muses Call,

The examples above are from the eighteenth century, but we can also find examples of y’all in the seventeenth. John Dryden’s Conquest of Granada by the Spaniards (1672) has been noted as having the first known use of the phrase “the noble savage,” but it also has an early usage of y’all. In one scene, Lyndaraxa speaks to Prince Abdalla about the attention given the woman engaged to King Boabdelin: “Heav’n, how y’all watch’d each motion of her Eye.”

At the beginning of a translation of Plautus’ Amphitryon, published in 1694, Mercury offers some background to the play: Amphitryon, a Theban general, is returning home from war, unaware that Jupiter (Mercury’s father), having taken Amphitryon’s form, has been sleeping with his wife. “Im sure y’all know my Fathers Good Nature, his large Allowance upo’ these Occasions, and how much he makes of a Sweet Bit,” says Mercury.

The earliest of these newly-found examples of y’all is in William Lisle’s The Faire Æthiopian (1631, 225 years before the current citation in the OED), a re-telling of Heliodorus’ history of Ethipoia. In the relevant section, Thyamis, the leader of a band of thieves, has captured Chariclea, with whom he has become smitten. Thyamis assembles his men, reminds them that he has always give them the strongest and most servile from among those they have kidnapped in the past, and asks if in this case he might keep Chariclea for his own. (They assent to his request.)

The captiue men of strength I gaue to you,

The weaker sold; and this y’all know is true,

For pittie sake, the seruile sort had yee.

With the help of digitized databases, we can now show that y’all has a considerably earlier origin in the literary record than we previously realized. What does this mean for our understanding of the history of the word? We will leave that to the linguists, but it is perhaps worth noting a few quick points. First, these antedatings offer not just a chronological expansion of the word’s use, but more importantly, a geographical expansion: these are the first historic uses of the word from outside the United States. In fact, all these newly-found examples are from England. Second, these older examples originated in a more formal context than did later examples from the American South. Most were necessitated by the demands of a metered line of poetry, and hence might be thought of more as a simple contraction than a pronominal phrase. (Douglas Patton, writing in Southern Living, called y’all “the quintessential Southern pronoun”; these British examples are neither southern nor strictly a pronoun.) The presence of y’all in a poem does not mean that we might expect to see frequent uses of the word in other eighteenth-century English contexts (just as we would not expect to see “is’t” except in a poem). Third, there is almost a century-long gap between the last known usage of this British version of y’all and the first known usage of the American version, certainly an important consideration when discussing the relationship between the two. In fact, scholars may well decide that these two versions of y’all are essentially two different words.

Those questions aside, this discussion of the history of y’all shows the usefulness of digital databases: not only do they provide easy access to largely unavailable texts, they can serve as a useful tool for lexical analysis—even if this particular brief essay has ended up raising more questions than answering them.