Humberto Fontova holds an M.A. in Latin American Studies from Tulane University and is the author of five books, including" Fidel; Hollywood's Favorite Tyrant," "Exposing the Real Che Guevara" and "The Longest Romance; the U.S. Media and "Fidel Castro." 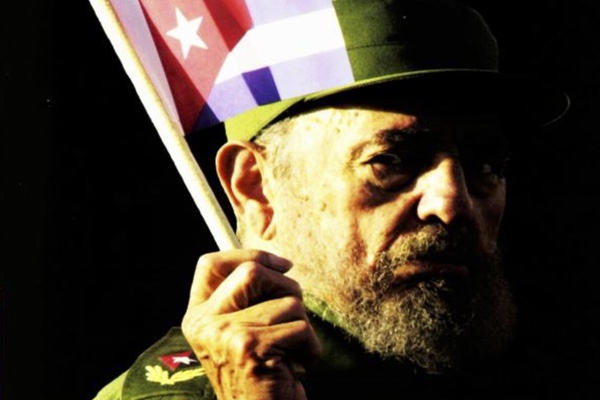 Much of what’s called “McCarthyism” started with the debate over “Who Lost China.” A similar debate regarding Cuba-- and involving an amazingly similar cast of protagonists and antagonists—erupted when Fidel Castro came out of the closet in late 1960 as a Communist.

Given that Fidel Castro (twice and wantonly) brought the world to the brink of nuclear war you’d think this Cuba debate merits some attention. 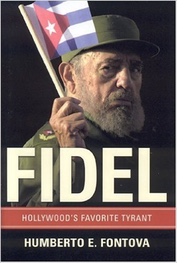 That Castro’s predecessor Fulgencio Batista was a “U.S.-backed dictator” and Castro was “bullied” by the U.S. (especially the CIA) into his Soviet-alliance remains a cherished item of liberal and academic (but I repeat myself) folklore. Poor Castro, goes the fairy tale, constantly beaten by the Yankee Big Stick and with nary a carrot in sight. We left him no choice.

At the beginning, of course. In the late 50's, two Republican ambassadors to Cuba (Arthur Gardner and Earl T. Smith) lost their jobs for butting heads against their liberal State Department chiefs. These ambassadors’ crimes? Insisting that the official U.S. policy of helping Fidel Castro shoot his way to power in Cuba was stupid.

On August 27, 1960 during Senate subcommittee hearings titled, “Communist Threat to the United States Through the Caribbean,” these two former ambassadors to Cuba testified to the nature of this head-butting.

Senator DODD “You have been quoted, Mr. Gardner, as referring to, ‘Castro worship’ in the State Department in 1957. ...you are quoted as saying you fought all the time with the State Department over whether Castro merited the support or friendship of the United States…. Mr. Gardner, do you have any idea why the United States allowed Castro to get arms from the United States, and would not allow Batista to have arms to preserve his government.... [Y]ou have been quoted as saying that Washington, ‘pulled the rug out" from under Batista?’ "

Mr. Gardner "I feel it very strongly, that the State Department was influenced, first, by those stories by [the New York Times reporter] Herbert Matthews, and soon [support for Castro] became kind of a fetish with them."

Senator Dodd “[in preparation for his post] your successor as Ambassador to Cuba, Earl Smith, was actually [sent by his State Dept. superiors] to be briefed by New York Times' Herbert Matthews?”

Moving over now to Gardner’s replacement Earl T. Smith who immediately upon his posting noticed the identical pro-Castro “fetish.”

Mr. Sourwine “Mr. Smith, what agencies of the U.S. Government had a hand in bringing pressure to overthrow the Batista government, and how did they do it?

Mr. Smith “Well, the agencies, certain influential people, influential sources in the State Department, lower down echelons in the CIA. I would say representatives of the majority of the U.S. Government agencies which have anything to do with the Embassy. “

Senator Eastland "Mr Smith, you had been warning the State Department that Castro was a Marxist?”

Mr. Smith "Yes, sir.... I also warned [Cuban] President Batista that there were [Castro] spies in the Cuban Embassy in Washington."

Senator Eastland "Would you say that the American Government then, including all of its agencies, was largely responsible for bringing Castro to power?"

Mr. Smith "The American Government, yes, sir, and the people in the American Government. … I would say that after Castro came to power, that we were very diligent in enforcing our neutrality laws [i.e. arresting anti-Castro Cubans launching raids from Florida.] We even moved people out of Florida; people whom the United States thought might be active in any counterrevolutionary movement.… However, when I was Ambassador to Cuba [during Batista’s term] we seemed to have great trouble in enforcing our neutrality laws.”

Senator Eastland “And yet in spite of that, of your advices to our Government, you say that our Government was primarily responsible in bringing Castro to power. “

Mr. Smith “That is absolutely correct.… In my own Embassy there were certain ones of influence who were pro-26th of July, pro-Castro, and anti-Batista.”

Senator Eastland “Who were they?”

Mr. Smith “I would say the Chief of the Political Section, John Topping, and the Chief of the CIA Section. It was revealed that the No. 2 CIA man in the embassy had given unwarranted and undue encouragement to the [Castro] revolutionaries…. Senator, we [the U.S.] are responsible for bringing Castro in power. I do not care how you want to word it.”

Indeed, January 7, 1959, marks a milestone in U.S. diplomatic history. Never before had the State Department extended diplomatic recognition (benediction) to a Latin American government as quickly as they bestowed this benediction on Fidel Castro’s that day.

At the time, Castro himself had yet to enter Havana. Nothing so frantically fast had been bestowed upon “U.S.-backed” Fulgencio Batista. In fact (“U.S.-backed”) Batista’s coup in March of 1952 had in fact surprised and even enraged the U.S. State Department. This above academic “blasphemy” is documented by a Cuban eye-witness whose anti-Batista credentials were so immaculate that he served as Castro’s first Minister of the Treasury.

Castro’s worldwide fame, his Teflon-like immunity from criticism for his tens of thousands of murders and tortures, for his racism, sexism, lust for nuclear war, for converting a once prosperous nation into a festering, disease-ridden prison and pesthole that repels Haitians and drove over twenty times as many people to die escaping it as died attempting to escape East Germany (as documented by Dr. Armando Lago) -- all this issues mostly from Fidel Castro’s image as the victimized and plucky David against the bullying Yankee Goliath.

So you can imagine how the above documentation goes over with people genuinely interested in historical truth. To wit: My books on Fidel Castro and Che Guevara have been translated worldwide, and it’s a ritual by now during my interviews in places like Madrid, Sao Paolo or Warsaw. They always start with what most shocked the interviewer, usually going something like this: “Wait- a-minute?! You mean the U.S. actually helped Castro to power?! Then actually served (the Kennedy-Khrushchev pact) as his official bodyguard?! Protecting him from exile attacks?! You mean much of that stuff about hundreds of CIA assassination attempts against Castro is bunk?!”

“Well,” I reply. “You read the book. You saw the thorough documentation.” This “revelation” (regarded as such mostly outside Cuban-exile circles, btw. Most Americans of Cuban heritage have known all of this sordid history frontwards and backwards since roughly 1962) kicks the legs out from the Castro myth. The truth shatters the very foundation upon which his worldwide fame rests. Thus such reactions:

“Humberto Fontova’s book teaches us truths about Castro’s island that are very discomfiting for many intellectuals.” -- Ana Botella, Spain’s former First Lady, while giving a book reading in Madrid, upon the release of Fidel; Hollywood’s Favorite Tyrant in Spain.

"Reading this book caused my heart to race and bile to rise. Here in Bulgaria most the items disclosed by Humberto Fontova were completely unknown." -- Professor Todor Tanev, former Rector, Univ. of Sofia and currently Bulgaria’s Minister of Education.

"Demystifies the image of one of the most controversial icons of the century. Using an entertaining polemical style, Humberto Fontova gives us a totally unknown face of Che Guevara," -- Livro e Tudo, Sao Paolo, Brazil, upon the book's release in Portuguese.

And thus also the foaming-mouthed rage from the Castro regime itself: "Humberto Fontova's books shamelessly libel our Revolution's founders!” raves Cuba’s official paper, Cubadebate. “The terms "scoundrel" and "traitor" should precede every mention of Humberto Fontova!"
comments powered by Disqus