WALTER LAQUEUR was the director of the Institute of Contemporary History in London for 30 years. Concurrently, he served as chairman of the International Research Council of CSIS in Washington, DC. He was also a professor at Georgetown University and is the author of more than 25 books including After the Fall (2012) and The Last Days of Europe (2007). He has had articles published in THE NEW YORK TIMES, THE WASHINGTON POST, and countless other newspapers worldwide. His latest book is Putinism: Russia and Its Future with the West (June 2015). 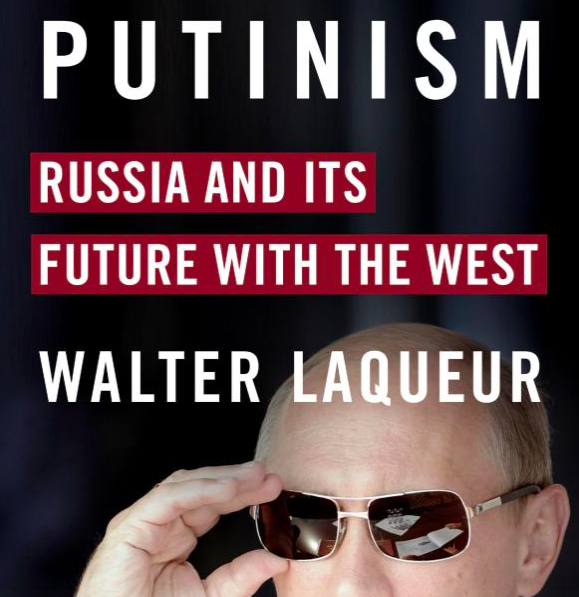 Churchill’s famous saying about Russia being a riddle wrapped in a mystery inside an enigma has been quoted innumerable times but it is of course quite wrong. It has been no more mysterious than other countries, and in some ways perhaps even more predictable. It is true, however, that Russian historiography more than any other has been the subject of constant ideological disputes. I well remember the bitter polemics in Britain with E.H Carr and Isaac Deutscher on one side and Leonard Schapiro and Hugh Seton Watson (to name but a few) on the other.  There was good reason to assume that with the breakdown and disintegration of the Soviet Union conditions existed for a calmer, less emotional approach. But this has not been the case at all and the question arises, why? Polemics are again rampant in Europe and it seems only a question of time until they will reach this country full blast.

To prevent misunderstandings—this does not refer to present day bones of contention such as the occupation of the Crimea and the Eastern Ukraine, but more basic issues dating back in time such as the responsibility for the deterioration in relations between Russian and the West, the question whether the present rulers of Russia are guided by a doctrine (called by some the Russian idea) or whether they are simply pragmatists. In other words – is the West at all capable of understanding Russia. Putin verstehen (understand Putin) has become the key slogan in Germany.

There is the temptation to explain the present controversies as the result of the decline in the general level of Russian studies. Such a decline has indeed taken place; it was the inevitable side effect of the breakdown of the Soviet Union.  The field was thought to be of much lesser importance than before and as a result there was less funding in the academic field, fewer students and so on. All this is true but it cannot possibly explain the reluctance to accept the great changes than have taken place in Russia during the last three decades—fundamental changes in government, society and economy and above all ideology.

Contemporary Germany is the best place to observe this trend. A book by Gabriele Krone-Schmalz entitled, To Understand Russia (“Russland verstehen” with the subtitle, “the struggle for the Ukraine and the arrogance of the West”) has been a runaway best seller since it first appeared a year ago and it is followed  in the lists by books of a similar kind such as We Are the Good Ones (“Wir sind die Guten”). The author is not a professional historian or political scientist but she has certainly been engaged in Russian affairs for a long time; she represented German television in Moscow for years, is prominently involved in a permanent German-Russian dialogue group sponsored by German industry, and teaches media at the university level.  But it would be mistaken to explain this phenomenon merely as a big business lobbying to increase sales. It certainly would not explain the great popularity of the author and her views, which might be summarized as all that happened is the fault of the arrogant West (including apparently the fall of the Soviet Union). Her views are shared by the majority of the reading public and received a full-hearted endorsement by Joerg  Baberowski, a Berlin professor of Russian history. Baberowski also said in a television interview  that “no  one in the West understands Putin,” except evidently, only himself and Professor Krone- Schmalz.

It is quite possible that mistakes were made by the West in the years after the breakdown of the Soviet Union, but those who claimed that Russia had been relentlessly and severely attacked and humiliated should perhaps have mentioned at least in a footnote that Russia was given millions by Western foundations in the 1990s in a time of crisis, and saved at least twice from bankruptcy.

This issue has been discussed in some detail in a long and critical report by Chatham House (the Royal Institute of International Affairs) in London. Among the authors of the report were two former British ambassadors to Moscow.  A third former ambassador, Sir Rodric  Braitwait, had been among the negotiating team  on Germany’s future in the Late 1980’s. He is quite critical of the way these talks had been handled by the West, but emphatically denies that there had been a systematic attempt to mislead the Russians. There had been confusion, but the issue of NATO had not been brought up because it was clear that it was not yet a topical issue at the time; the East European countries had not yet applied for membership. The Russians had been given contradictory information but there was no deliberate attempt to mislead the other side.

Sympathy for Russia in the West in the years before the collapse had mainly come from the left, which considerably overrated the extent of Marxist motivation in the Kremlin. More recently, with the basic changes in Russia, the European right, especially in France and in Italy, has been quicker to realize that profound changes had taken place in Russia. In this context fascinating questions have arisen for which there are no ready answers.  How to explain, for instance, that the leading American academic supporter of contemporary Kremlin policies happens to be the author of an excellent and very positive biography of Nikolai Bukharin, who as a Marxist deeply abhorred the ideas which have become the ideological foundations of Putin’s Russia. If Russia is still to some extent a riddle, the mystery is not so much in what Russian leaders are doing and thinking but the way they  are misinterpreted by some circles in the West.