Was Thomas Jefferson Right? Can We Guarantee Our Pursuit of Equal Happiness by Canceling All Our Debts Every Nineteen Years?

Thomas Fleming’s latest book, The Great Divide, deals with the clashes between President George Washington and Secretary of State Thomas Jefferson. James Madison was a reluctant participant in these wide-ranging disagreements. 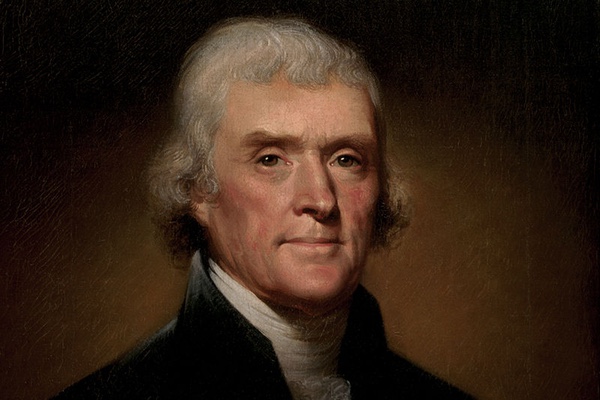 For the vast majority of Americans, Thomas Jefferson’s fame rests on the words he wrote in the second paragraph of the Declaration of Independence: “We hold these truths to be self evident, that all men are created equal, that they are endowed by their creator with certain inalienable rights, that among these are life, liberty and the pursuit of happiness.” 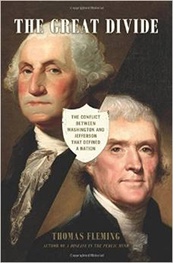 Jefferson never claimed any originality for these ideas. While writing the Declaration, he later said he “consulted neither book nor pamphlet.” In the last year of his life, he told Henry Lee, the former governor of Virginia, that the ideas were simply “an expression of the American mind.”

Twelve years after he wrote the Declaration, Jefferson discovered another idea that he considered truly original. He hoped it would transform America – and the world – and incidentally guarantee him eternal fame. He had become convinced that each generation should have the right and power to cancel the personal and political debts of the previous generation. With Pope Francis and numerous politicians, from the premier of Greece to presidential candidate Bernie Sanders, proclaiming inequality the great moral challenge of our time, it looks as if Jefferson’s idea finally has legs.

As America’s ambassador to France, Jefferson was a fascinated spectator of the opening years of the French Revolution. All sorts of ideas about an ideal government were swirling through Paris. One of the most important sources were the writings of the philosopher, Jean Jacques Rousseau, who saw inequality as a fundamental problem for any government that was trying to create a new and happier society. Out of this turmoil, Jefferson plucked the idea that he hoped would transform America.

On September 6, 1789, in one of the longest letters of his life, Jefferson, told his friend James Madison that “the question of whether one generation of men has the power to bind another seems never to have been stated on this or our side of the water. Yet it is of such consequence as to merit a place among the fundamental principles of every government.”

What was this huge idea? The earth belongs to the living. Jefferson declared the principle was self-evident: no man has the power or right over his money or propertyafter his death. It ceases to be his when he himself ceases to be and reverts to society. Debts contracted by the dead person should also be cancelled.

Jefferson had studied mortality statistics and concluded that every nineteen years, a new generation took charge of the affairs of a nation. Why should they be obliged to repay the debts of the previous generation? They were also under no obligation to obey the laws that the previous generation may have passed in a legislature or enshrined in a constitution. “Every constitution … and every law naturally expires at the end of nineteen years. If it is to be enforced longer, it is an act of force, not of right,” Jefferson wrote. For him, the only true test of a government was its support by the will of the majority of the current generation.

Jefferson urged Madison “to turn this subject over in your mind…particularly as to the power of contracting debts and develope [sic] it with the perspicuity and cogent logic so peculiarly yours.” The ambassador thought the idea might be very relevant to the “councils of our country.”

By this time, Jefferson knew that Madison had played a key role in creating and ratifying a new constitution for the United States and had been elected to the first federal Congress, where he was at work creating the inner structure of the American government, in close concert with President George Washington and Secretary of the Treasury Alexander Hamilton.

For a while, Jefferson’s letter left Congressman Madison divided between friendship and candor. Jefferson was his closest friend. The shy, seemingly unassuming young Virginian had won the older man’s respect when Jefferson served two turbulent years as governor of wartime Virginia and Madison was one of his councilors.

Candor soon prevailed. Madison began by calling Jefferson’s idea “a great one.” But he “regretfully” found it “not very compatible with the course of human affairs.” Madison broke the theory into four parts. 1. The living generation can only bind itself. 2: A generation spans nineteen years. 3: A generation’s actions are limited to that term, and to be valid, have to be expressly enacted by its congress or parliament. 4: In every society, the will of the majority binds the minority.

Madison calmly demolished each of these propositions. He was especially hard on the idea that each generation should revise all its laws and customs every nineteen years. Such a government would lose “those prejudices in its favor which antiquity [age] inspires.” Worse, every revision would arouse “pernicious factions” that would divide and perhaps destroy the nation’s unity.

Even weaker was the contention that each generation had no obligation to honor the debts of the previous generation. “Debts may be incurred principally for the benefit of posterity,” Madison noted. A good example was the large debt [a billion dollars in 21st century money] that the United States had incurred to win the Revolutionary War. The debt helped bestow freedom on the next generation and hopefully on all those that would follow it.

Instead of splitting the generations apart, Madison found that “the nature of things” tends to bind them together. In this process the principle of “tacit assent” was indispensable. Literal reenactment of all the laws was a dangerous policy. If explicit assent had to be obtained for every idea and principle every nineteen years, there was a grave danger of “subverting the foundation of civil society.” As for the majority binding the majority in all cases, Madison could find no law of nature that supported such an idea.

Madison tried to soothe Jefferson’s feelings by assuring him that he was not trying to impeach the utility of his principle “in some particular cases.” But Madison doubted that he would ever have the pleasure of seeing an example of it. “The spirit of philosophic legislation is by no means the fashion either within or without Congress” in most parts of the shaky American union.

Those last words were perilously close to being sarcastic. But Madison was confident that their exchange was confidential – and Jefferson’s friendship was strong enough to tolerate it.

Jefferson never replied to Madison’s demolition of the earth belongs to the living. It is easy to see why. He had no answer to these criticisms. His Holiness Pope Francis and the others who are calling for the redistribution of wealth will encounter equally unanswerable objections when they are asked to explain in detail how this feat would be achieved without subverting the foundation of civil society. Let us hope there is a James Madison waiting in the wings to point out this grave danger.