Is Lincoln’s the Next Statue to Go?

Daniel W. Crofts is the author of Lincoln and the Politics of Slavery: The Other Thirteenth Amendment and the Struggle to Save the Union, which will be published by the University of North Carolina Press in April. 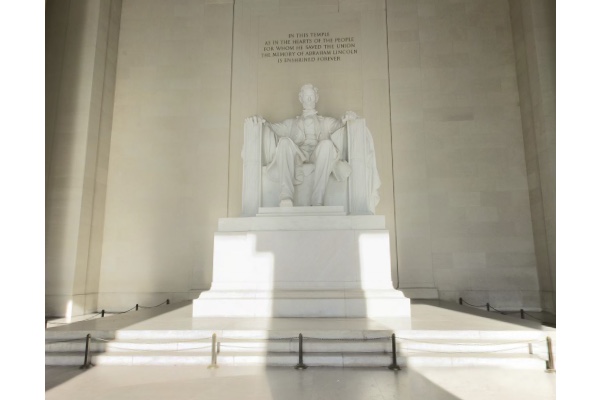 Impossible, you may say. Surely the “Great Emancipator” can fend off any complaint that he supported slavery or rejected equal rights for black Americans. 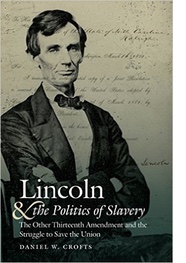 But there’s a hitch. Lincoln was a man of his time. Without doubt, he abhorred slavery and looked forward to its “ultimate extinction.” Yet like most other whites who shared his outlook, he hardly expected anything to happen soon. He hoped white Southerners would voluntarily rid themselves of slavery, but he knew how tenaciously they clung to their “peculiar institution.” Emancipation, he once candidly admitted, might require a century.

Lincoln repeatedly vowed that he would never interfere with slavery in the states where it already existed. During his first inaugural address, delivered on March 4, 1861, he even agreed that specific language to this effect could be made part of the Constitution.

Both houses of Congress had just approved a constitutional amendment along these lines. Behind the scenes Lincoln encouraged wavering Republicans to vote for it. Had it been ratified by the states, the other thirteenth amendment would have been the polar opposite to the real Thirteenth Amendment—enacted four years and one war later.

When Lincoln took office, seven states in the Deep South had seceded from the Union and started to organize a separate nation, the Confederate States of America. But the eight slave states in the Upper South, which had twice as many white residents as the Deep South, rejected secession. He hoped white Southerners would have sober second thoughts. He warned that he could not accept disunion. But he was eager to preserve the peace, and he made it clear that he was no abolitionist.

A century and a half later, Lincoln’s reassurances sound a strange note. We have often been told that his victory in the presidential election of 1860 created a showdown between freedom and slavery—that he planned all along to revolutionize Southern society and destroy slavery. A showdown certainly did occur. But the showdown did not come at his initiative. Six weeks after his inauguration, Southern secessionists started the war.

Until that fateful moment, Lincoln and almost all other leaders of the political antislavery movement acknowledged that the federal government could not touch slavery in the states that wished to have it. In his view too, slave owners had the right to recapture fugitives. He hated to see “the poor creatures hunted down, and caught.” Yet he would “bite my lip and keep quiet.” Out of “loyalty to the constitution and the Union,” he set aside his private feelings.

The great convulsion of civil war brought emancipation far sooner than anyone could have predicted. So Lincoln did indeed become the “Great Emancipator.” But in early 1861, he did his utmost to forestall the violent conflict that opened the door to emancipation.

So Lincoln does not measure up to the modern standard. He knew that slavery was wrong, but he kept insisting that he couldn’t do anything about it. And he tried to prevent the war that made it possible to do something about it.

Does this mean that the sixteenth president must be included on the growing list of national embarrassments? Has the time come to rename the Lincoln Memorial, cart away its massive seated statue, and find someone else to depict on the penny and the five-dollar bill? Should Lincoln be removed from college and university curricula because he might make some students feel “unsafe”?

Far better would be an honest assessment of America’s bittersweet history. Before the Civil War, the slave system was deeply rooted, it was protected by the Constitution, and it spread rapidly. When Lincoln spoke so memorably at Gettysburg about “a nation conceived in liberty, and dedicated to the proposition that all men are created equal,” he was looking more toward a hoped-for future rather than accurately describing the American past.

Lincoln should remind us that moral complexity lies at the heart of the American experience. His career highlights the tensions between conscience and law, the potentially explosive consequences of asserting equal rights, and the paradox of using armed force to secure just outcomes.

Lincoln’s great accomplishment—emancipation—failed to uproot racial inequalities, the perverted stepchild of slavery. But one individual should not have to shoulder the blame for such a durable national shortcoming.