And Now We Hear that Someone Wants to Kill Donald Trump? 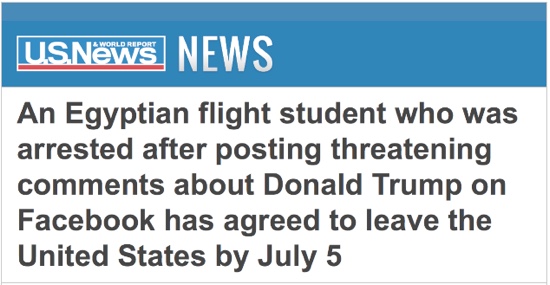 Presidential contender Donald Trump is undisputedly the Republican Party’s frontrunner. However, with success come the dangers.

All presidential candidates have borne the risk of assassination even though their campaigns have not necessarily inspired heightened emotions. And all presidents have been the victims of unwarranted attention from individuals who had assassination in mind.

However, the greatest risks have centered on candidates who have incited extreme reactions to their candidacies, including Trump’s, which has, according to Time Magazine, stoked “nationalist and nativist fury in a way not seen in this country for generations.” 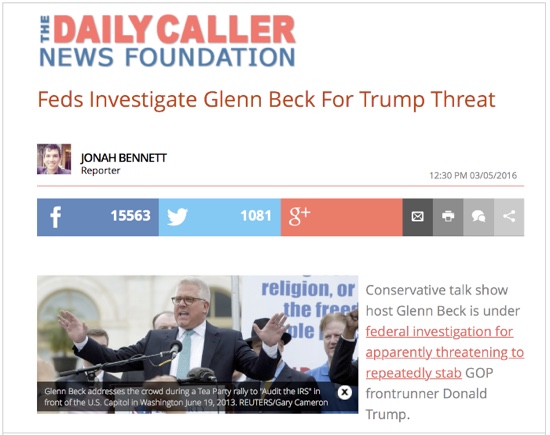 Polarizing presidential candidates like Trump have always given the US Secret Service increased concerns about their safety above and beyond the concerns they have had for other candidates. Although the media are clearly aware of the risks this type of candidate attracts it is an unspoken rule of thumb that publicity about the inherent dangers in their candidacies are kept ‘low key’ lest they lead to unwarranted scaremongering (1). It is the elephant in the room.

In nearly every presidential campaign in modern times it is the candidates who attract love and hate in equal measure who run the highest risks of assassination from unstable individuals. However, many serious threats of assassination in modern times have not necessarily originated with direct political opposition to a candidate’s policies or ideology. The dangers have emanated through the heightened emotional milieu and fervent passions which the candidates have engendered. This excitement has frequently provoked extreme reactions including threats of assassination. Although the Secret Service eschews comment about such threats, Donald Trump’s threatening mailbag will likely exceed that of other candidates. 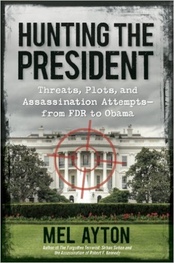 Following his victory in the June 1968 California primary, Robert F. Kennedy’s path to the presidency seemed assured. It is the view of many political commentators and historians he was a winning path to secure the Democratic nomination and then beat Richard Nixon in the November general election. At the end of his campaign he was aware of the emotions, many negative, his campaign had incited. Kennedy, who had secured the support of millions of Americans in his 1968 quest for the presidency, and whose campaign was the most exciting in a generation, had also attracted virulent hatred. He said, “I’m pretty sure there’ll be an attempt on my life sooner or later. Not so much for political reasons ... plain nuttiness, that’s all. There’s plenty of that around.”  In June 1968 Sirhan Sirhan, a fanatical Palestinian immigrant who was angry over the Senator’s support for Israel, assassinated Kennedy.

In 1972 former Alabama Governor George Wallace had won the votes of millions of Americans in his presidential campaign to secure the Democratic Party’s nomination. His campaign rallies throughout the United States were met with enthusiastic and impassioned crowds. He was also a ‘hate’ figure who attracted violent opposition from the left, including militant black groups and left-wing, anti-Vietnam War, students. However, the dangers to Wallace’s life came not from activists on the left but from the politically ignorant misfit, Arthur Bremer.

Edward M. Kennedy was another presidential candidate who inspired millions of Americans but also attracted extreme opprobrium.  Following the death of his brother, Robert, reporters assigned to cover his campaign tours called it the ‘death watch’. The threat of an assassination attempt was partially responsible for Kennedy’s decisions to forego presidential candidacies in 1968, 1972 and 1976. When he eventually threw his hat into the ring for the 1980 Democratic presidential nomination threats to his life increased. On November 28, 1979, after he had declared his candidacy, it was only by chance a deranged woman armed with a knife was prevented from killing him in his Senate office. A Secret Service agent, Joseph Meusberger, managed to wrest the knife from the woman. The agent was stabbed in the process. Kennedy was also the target of John Hinckley who waited in the hallway outside the Senator’s office for a chance to shoot him, giving up only when he ran out of patience. The would-be assassin then turned his attention to President Reagan.

Although the risks to Donald Trump’s life have grown side by side with his primary election victories it does not follow that an assassination attempt is inevitable. The agency has at its disposal not only an arsenal of advanced technology to carry out its protective mission but a system of profiling potential assassins which has been developed to a high degree over the years. Although previous studies of presidential assassins have sounded a note of caution in identifying future attackers, agents have the ability to compile psychological profiles of potential assassins on a far more sophisticated level than was previously accomplished (2).

1. In 2008, for example, Hillary Clinton was severely criticized for stating, “We all remember Bobby Kennedy was assassinated in June in California” when she argued for continuing her campaign.

2. Using these studies it is possible to compile a generic portrait of would-be assassin. The attacker is likely to be a young man, slight of build, who comes from a dysfunctional family. He will likely have experienced an absent father or the father has been unresponsive to the child. The assassin will be a loner although he may have some kind of link to a domestic or foreign terrorist or militant group. He will be unmarried or divorced, with no steady female friends. He will have a history of moodiness, irascibility and anger which has had some effect in his workplace. He will also be suffering from “status incongruence” – where the achievement level of a person is inconsistent with his expectations due to the fact he has been unsuccessful in his life goals. He is also likely to be narcissistic and have some delusions of grandeur blaming his failures on others, particularly the community in which he lives.)