Why Have Military Historians Ignored Drug Use in the Military?

Lukasz Kamienski is the author of SHOOTING UP: A Short History of Drugs and War, published by Oxford University Press in March 2016. He is Associate Professor at the Faculty of International and Political Studies, Jagiellonian University in Krakow, Poland. 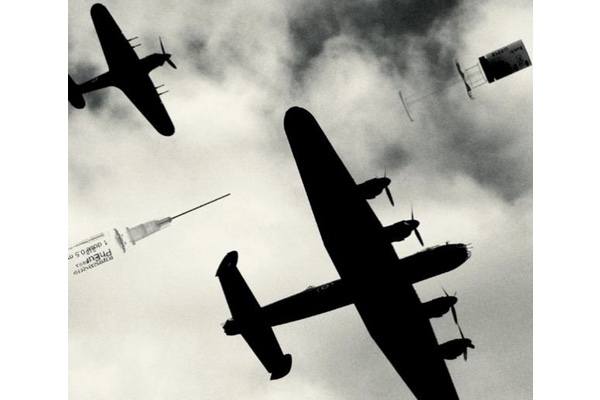 It is striking that although drugs and intoxication are intrinsic to warfare they are largely neglected in military history scholarship. This may not be entirely deliberate but rather might be the result of mind-altering substances not being recognized as an appropriate topic in the discourse on war. The subject is given greater attention by historians of drug use and control but this has had remarkably little influence on military historians who rarely, if ever, mention intoxicants, and when they do, it’s merely anecdotally. 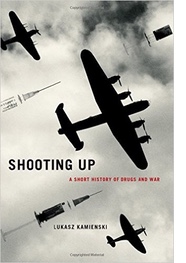 Do students of military history learn, for example, about the Zulu warriors who posed a daunting challenge to the British forces during the Anglo-Zulu war of 1879 not only because of their courage and ferocity but also due to their extensive use of pharmacopeia? Or are they aware that the German blitzkrieg of 1939-1941 would have not been as fast and perhaps as successful had the Wehrmacht soldiers not been heavily fueled by methamphetamine?

Some might argue that intoxication is a background issue, but it is one of the realities of combat and at times of considerable tactical importance. Recognition of the role that drugs have played in armed conflicts adds a new perspective to our understanding of war. It may not profoundly change the accepted interpretations but can shed new light on what Paul Kennedy called a “war from below” – that is the individual soldiers’ experience of battle.

I see three main reasons why the history of drugs in war remains largely an untold story. First, because well until the mid-20th century the use of psychoactive substances – including alcohol, opium, morphine, heroin, cocaine, and amphetamine – for medicinal purposes was common and did not generate controversy. There was also substantially little discussion about dependence among soldiers who became addicted in the course of their medical treatment or about the military’s use of drugs that blurred the line between therapy and enhancement.

Second, as a rule the military’s employment of intoxicants was kept covert. Secrecy was vitally important when commanders distributed drugs to improve troop combat effectiveness in order for them to gain a tactical advantage over the adversary. The same was even truer when substances were used (or attempted to be used) as a weapon – either to subvert the enemy (by supplying drugs to undermine its fighting power and morale) or incapacitate it (by attacking with non-lethal psychochemical agents).

Since the 20th century, secrecy has also been the norm because of uneasiness with the very practice of drugging the ranks. The development of deliberate state policies of proscribing mind-altering substances, which dates back to the 1910s and 1920s (e.g. the U.S. Harrison Act of 1914), made the approved use of drugs amongst militaries increasingly taboo. Certainly, a government that penalizes the use of controlled compounds might want to keep their circulation of drugs in the military hushed up. The issue is awkward because while citizens are prohibited from using these substances, soldiers are not only permitted their use but, in fact, are required to take them. This double standard – call it hypocrisy – has been conveniently masked by secrecy which in turn spilled over to the field of military history.

Third, it is unsettling for a state to concede that such powerful forces as patriotism, nationalism, or religion may often not be sufficient in committing men to combat. In the 1980s John Keegan offered a simple but concise answer to the question “why soldiers fight” by listing three factors: “inducement, coercion, and narcosis.” The first, a “positive motivation,” is achieved mostly through socialization to military life and building primary group bonds (thus men fight first and foremost for their companions), the feeling of vocation, ideology that gives a deeper sense of purpose, good leadership, as well as recognition and rewards. The second factor, a “negative motivation,” includes training, discipline and drill, obedience to authority, dishonor, and sanctions. Still, soldiers frequently need an additional (chemical) motivator to inspire their courage, increase strength and endurance, reduce stress and fatigue, and induce relaxation.

What I find really astonishing is that research on combat motivation largely disregards the pharmacological factor. Take as an example the rich scholarship available on the motivation of the British Eight Army prior to the battle of El Alamein in 1942. Studies commonly explain the improved morale and combat performance of the troops by the dynamic leadership of General Bernard Montgomery, who raised spirits through propaganda, better discipline and training, and new supplies of weapons. But why do they totally ignore the fact that Montgomery distributed 100,000 amphetamine pills for the attack launched on October 23?

The field of a “new military history” has gone beyond narrow analysis of battlefield reality to focus more on the interplay between war and society. What for a long time has been neglected is now considered an increasingly significant aspect of military history – be it environment, epidemiology, medicine, or sex. I would contend that it is also time to incorporate intoxicants into the scholarship. They are, after all, a legitimate subject of not only a “history of the military” but also “military history” proper.