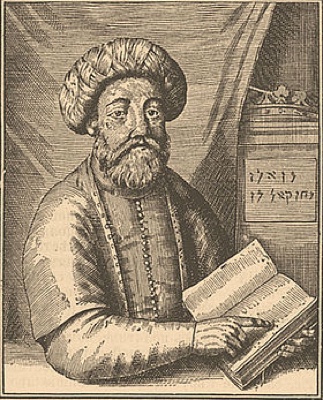 On September 16th 1666, three hundred and fifty years ago, a Jewish messianic claimant who had more followers in his lifetime than Jesus did in his, converted to Islam while imprisoned in Istanbul. Sabbatai Zevi taught an unconventional theology heavily indebted to the Kabbalah, and with an idiosyncratic interpretation of the Torah which contradicted orthodox religious authorities (who mostly, though not entirely, denounced him in return). As the great scholar of Jewish mysticism Gershom Scholem observed, Zevi’s was “the most important messianic movement in Judaism since the destruction of the Second Temple,” perhaps even more influential than the failed rebellion of Simon bar Kokhba during the second-century Third Jewish Revolt.

Though the context which birthed Zevi was very much eastern European and Middle Eastern Judaism, his mystical and millenarian beliefs owed something to Lurianic Kabbalah, Rosicrucian mysticism, Lutheran Pietism, and even English Protestant religious non-conformism. His movement attracted thousands of disenfranchised Jews who’d suffered under the pogroms which marked the era, and he proved so popular that both Catholic and Protestant religious authorities were fascinated by his story, a flood of pamphlets telling tale of his prophecies, his rebellious behavior, and his preaching against biblical law – with some enthused Christian commentators seeing in him a possible harbinger of Christ’s return.

As an antinomian radical (where “antinomian” means “against the law”) his beliefs were arguably a more radical departure from orthodoxy than Jesus’ had been from first century Judaism, and Zevi operated in a world which was becoming in some sense increasingly globalized, as he drew liberally from non-Jewish sources, including Christianity and the occult. In 1666, that numerologically most diabolical of years which Zevi had prophesized would be that of apocalypse, the pseudo-messiah was imprisoned by Ottoman authorities who feared his ability to organize potential threats to their power. Sultan Mehmed IV offered the prisoner the choice of conversion or execution, and Zevi chose the former, ingloriously bringing his brief but incendiary movement (mostly) to an end. As Scholem observed, an apostate messiah is a far bigger scandal for believers than a crucified one. Now that it is three and a half centuries since that conversion, it behooves us to reflect a bit on the man and his legacy, and the perhaps the surprising ways that Zevi contributed to the invention of the modern world.

The story of Sabbatai Zevi and the massive movement he inspired in the seventeenth-century is well known to scholars of Jewish Studies and to others who are familiar with the time period, but Zevi is less commonly heard of outside of academic circles. His movement’s popularity was supplanted in the following century by more normative varieties of Judaism such as Hasidism, which is a substantial reason for Zevi’s relative obscurity today. Much of the emotional resonances concerning redemption, the messiah, and the end of the world were compelling during a period when massacres such as those promulgated by Bohdan Khmelnytsky continually threatened the lives of Jews. The great Yiddish writer Isaac Bashevis Singer explained in his 1933 novel Satan in Goray that the tribulations of the pogroms acted as “birth-pangs of the Messiah.” The traumas of exile, such as those that resulted from the reconquista of Spain only a century and a half before, loomed large in the minds of both Ashkenazi and Sephardic Jews, and as a result Zevi found followers across national and ethnic boundaries.

Though the qualities which made Sabbateanism (followers of Zevi) attractive were ultimately channeled into movements such as Hasidism, Sabbateanism exists as sort of an undertone to more widely known history. In addition, the specter of an “apostate messiah” loomed as an enigma, a fundamentally paradoxical development which normative faith had trouble processing, even if more esoteric movements evolved to accommodate such a thing. Yet for a brief period Jews, as well as some Christians, saw in Zevi an eschatological promise in which a new era would descend, one where the previous law would be abolished in favor of a new one, an apocalyptic hope which has motivated some religious radicals, both Jewish and Christian, throughout history.

Zevi was born in 1626 in Smyrna Turkey to a Sephardic family. His father was a poultry dealer, and historian Heinrich Graetz conjectured that the father’s work may have facilitated contact with English religious radicals trading in Smyrna during the years when non-conformists with exotic names such as Levelers, Diggers, Muggletonians, Seekers, and Ranters flourished in Britain, alongside more familiar dissenting groups like Baptists and Quakers. Though Scholem disputed the veracity of such a conjecture, there are provocative similarities between Zevi and English Protestant radicals.

Compare Quaker leader James Nayler entering the English city of Bristol on the back of a donkey on Palm Sunday in 1656 in emulation of Christ entering Jerusalem, to eight years earlier when Zevi publically uttered the ineffable Tetragrammaton and dramatically broke Jewish dietary law while worshiping at the synagogue in Smyrna. Both figures, borderline or explicitly blasphemous in their denouncements of traditional religion, embodied a type of seventeenth-century radicalism that arguably had a role in the development of secularism.

Zevi’s apparent sacrilege resulted in a cherem (similar to an excommunication and famously enacted against the philosopher Baruch Spinoza around the same time). What followed was a tour of living in cities as varied as Salonika, Cairo, and Jerusalem, marginally attracting followers, and marrying a survivor of pogrom and former prostitute (Zevi also “married” the Torah in a ceremony during this period). But it wasn’t until his association with the rabbi Nathan of Gaza who acted as a type of John the Baptist and St. Paul all rolled into one that the rhetorical excesses and strange behavior of Zevi were marshaled into the service of a more organized movement. It was in Aleppo, Syria in 1665 that Zevi, to great fanfare, declared himself to be the promised Messiah, with Nathan promising in language startlingly evocative of Revelation that the Ten Lost Tribes of Israel and Zevi would march on Jerusalem, “riding on a lion with a seven-headed dragon in its jaws."

Neither Jesus nor bar Kokhba had the benefit of the printing press, and in a manner not unlike how the Reformation spread Zevi’s message was disseminated among Jewish communities as far as Hamburg and Amsterdam. Though traditional minded rabbis mostly resisted the strange teachings of the “mystical messiah,” poor and oppressed Jews saw in him a redemptive promise and liberation from their oppression. As mentioned earlier, even Christian pamphleteers were caught up in the enthusiasm, potentially seeing in Zevi portents of Christ’s return. For example, there were rumors that off the coast of Britain a ship was seen that was manned by a Hebrew crew, composed of members of the lost tribes of Israel traveling to the Middle East to assist Zevi in his coming millennial war against the perfidious Ottoman Empire. Yet ultimately it was that very same empire that would bring the movement to a halt with Zevi’s conversion to Islam.

Disillusionment was swift, yet apologists like Nathan of Gaza argued that Zevi’s conversion was in keeping with his theology, that by embracing apostasy Zevi was paradoxically fulfilling his own teaching. For Nathan and for others who maintained faith in Zevi even after he himself seemed to lose his own faith, his conversion was part of the process of tikkun olam, whereby sparks of creation were spread as widely as possible in order to redeem our fallen world.

For the majority of Jews, even those who had once had fervent expectations for this “messiah,” the explanation was unconvincing. And yet the Sabbateans endured as an offshoot of Judaism which is still practiced today by a group called the Dönmeh, in Turkey. Subsequent revolutionaries like Jakob Frank in the following century were inspired by Zevi’s example, and indeed Frank’s similarly radical theology saw events such as the French Revolution in light of apocalyptic history, with many Frankists contributing to that effort. Zevi and Frank complicate the popular understanding of religion, that faith is only an instrument of the status quo, or that seemingly secular movements such as the Enlightenment don’t show any religious influence.

As Scholem explains in his novel, “the ritual ceremonies would no longer hold. Bodies would become pure spirit…. new souls would descend. There would be no more eating and drinking. Instead of being fruitful and multiplying, being would unite in combination of holy letters. The Talmud wouldn’t be studied. Of the Bible only the secret essence would remain.” It’s an apt description of Zevi’s antinomian teachings, and it’s similar to the seemingly perennial philosophy that runs through millenarians from the twelfth-century radical Franciscan Joachim of Fiore to the Romantic poet William Blake – a sense that when the apocalyptic seals are opened the old system will be permanently abolished. A dangerous gospel, but also a gospel of liberation – whether September 16th in 1666, or 2016.