What Studying the Presidents Teaches: Even Winners Can Lose 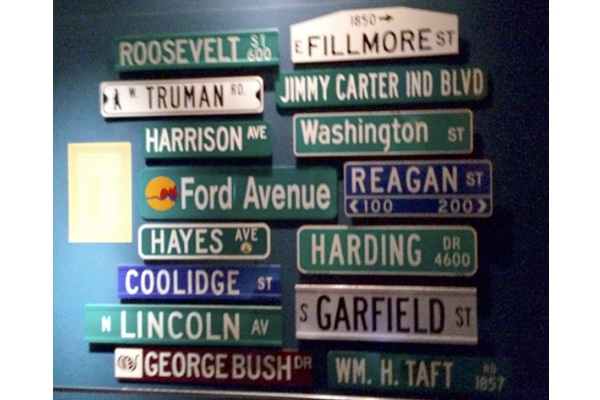 Once America’s Presidents reach the White House, we often tend to forget that there were detours on the road to victory. When one examines the 19 men who came to the Presidency since the beginning of the 20th century, one discovers that a bit more than half of them—a total of 11 Presidents—first experienced defeat for a major elected office before they savored victory.

Theodore Roosevelt lost the New York City Mayoralty in 1886, and had he not finally given in and agreed to be President William McKinley’s second term Vice Presidential running mate, he most likely would not have become President. (He moved up to president after McKinley was shot.) And then he would have his greatest victory, winning a landslide over Democratic Presidential nominee Alton B. Parker in 1904, the biggest landslide victory for a President up to that point of time, although surpassed later by four other Presidents—Franklin D. Roosevelt in 1936; Lyndon B. Johnson in 1964; Richard Nixon in 1972; and Ronald Reagan in 1984. Even more startling is that those four “landslide” Presidents also lost political campaigns before they had their greatest vindication, as did six other occupants of the White House.

President Warren G. Harding lost the Ohio Governorship in 1910, but after that defeat, he went on to the US Senate, and then the greatest first term victory of any President, when he won a landslide against Ohio Democratic Governor James Cox in 1920. Franklin D. Roosevelt lost his race for the Vice Presidency in 1920, as Cox’s running mate. But FDR, despite being afflicted with Polio, eventually recovered and won four terms in the White House, including his landslide second term in 1936

Lyndon B. Johnson lost the US Senate race in Texas in 1941, and also lost his quest to be President in 1960 to his leading rival, John F. Kennedy, who then chose him as his Vice Presidential running mate. Upon JFK’s assassination in 1963, LBJ became President and then won his landslide victory in 1964, the all time high percentage.

Richard Nixon faced two defeats before becoming President, losing the Presidency to JFK in 1960 in a contested race, which many think had been fixed in Illinois by Mayor Richard J. Daley, and also by electoral fixing in LBJ’s Texas. Nixon went home to California, and then ran a losing race against Governor Edmund G. (Pat) Brown in 1962, and declared that this was his last election. But he later changed his mind, sought the Presidency in 1968, and won it over Hubert Humphrey and George Wallace. He then won a second term in a massive landslide in 1972.

Ronald Reagan sought the Presidency seriously in 1976 against President Gerald Ford, and nearly took away the nomination from a sitting President. Once he had lost, it seemed as if he would be too old to seek the White House again in 1980, but ended up surprising many political observers by winning the nomination over his competition, and defeating President Jimmy Carter. He followed up this win by a landslide victory over Walter Mondale in 1984.

Jimmy Carter had also lost an election as Governor of Georgia in 1966, before coming back to become a reform oriented Governor from 1970 to 1974. Still generally unknown, he surprised many people by winning the Democratic Presidential nomination in 1976 as a true “dark horse” candidate and then defeated President Gerald Ford in a close race.

President George H. W. Bush is the eighth modern President to have experienced defeat on the way to residence in the White House. Bush suffered a defeat for the US Senate in both 1964 and 1970, and then lost the Presidential nomination to Ronald Reagan in 1980. He agreed to be Reagan’s Vice Presidential running mate, serving eight years, and then became the first and only Vice President since Martin Van Buren in 1836 to go directly from the Vice Presidency to the White House by direct election to the office.

The 41st President’s son, George W. Bush, would also experience defeat, when he chose to run for a House seat in Texas in 1978 and lost. But then he won the Presidency twice, in the controversial election of 2000 and then again in 2004.

Bill Clinton began his political career with a loss in a race for the House of Representatives from Arkansas in 1974. After being elected the youngest governor in the nation, he was trounced when he ran for a second term. He recovered to win three more terms as Governor and two terms as President, the first Democrat to do so since Franklin D. Roosevelt.

Finally, there’s Barack Obama, who while an Illinois State Senator ran for the congressional seat of Congressman Bobby Rush in Chicago in 2000 and was soundly defeated. He continued as a State Senator until 2004 when he ran for the US Senate. A speech he delivered on behalf of John Kerry earned him national attention. In 2008 he became the first black president of the United States. He was re-elected in 2012.

When one considers that earlier Presidents, including Thomas Jefferson, James Monroe, Andrew Jackson, William Henry Harrison, James K. Polk, Abraham Lincoln, and William McKinley also lost elections for significant offices on the way to the Presidency, it is clear that even winners can lose elections without harming their prospects. Perhaps the losses even helped (though not in all cases; Nixon seems to have learned the wrong lessons from his losses in 1960 and 1962).