7 Things to Know about Mosul

The Iraqi government has announced that the campaign to take the large northern city of Mosul back from Daesh (ISIS, ISIL) has begun in earnest. The Iraqi Army, the Peshmerga (Kurdistan Regional Government national guard), Sunni Arab tribal levies, and Shiite militiamen from the south are all likely involved in this push, which may take weeks. It is being spearheaded by the Iraqi Army 9th Division. 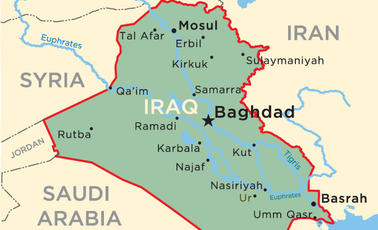 So what is the significance of Mosul as a city?

1. It is a large city in Middle Eastern terms. Before Daesh took it over, its metropolitan population was probably about 2 million, compared to Baghdad’s 6 million and Basra’s 2 million or so. Since Daesh took over, hundreds of thousands of residents have fled, so I figure likely the population has fallen to between 1 million and 1.5 million. That’s still a fair city. Only 4 American cities have 2 million or more population, and the fifth is Philadelphia with 1.5 million. So Mosul under Daesh has gone from being Houston to being something between Austin and Philly in population size.

2. Mosul is the later successor to the ancient city of Ninevah, which was in the same area. It was was first settled around 8000 years ago, and by 5000 years ago (3000 BCE) was an important urban center. Ancient Iraq was a font of civilization, with writing, art, sciences like astronomy, and bureaucracy. In the 700s BCE Ninevah became the capital of the rising Assyrian Empire under Sennacherib (d. 681 BCE), which invaded Babylon and Palestine. It became a magnificent metropolis in that century. It was to Ninevah that the biblical prophet Jonah was sent, to denounce its big city sins (he at first thought that this was a very bad idea and tried to sail to Tarshish, in the opposite direction, to get away from this divinely commanded task, hence his encounter with the whale). Ninevah was conquered by the Neo-Babylonians and Iranians in in 612 BCE, and was reduced in importance thereafter in the ancient world. 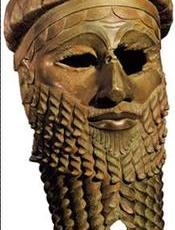 3. Mosul was incorporated into the early Muslim empire from the 600s CE, and was ruled by the Umayyads and Abbasids. It was a center for Arabic music, with the compositions of one of its famous performers, Zaryab, being a favorite all over the Arab world as far as Muslim Spain. The muwashahat form of bilingual lyrics were influenced by Syriac Christian church music. (Christians formed a significant population in Muslim-ruled Mosul). Mosul was a power base for the eleventh and twelfth centuries, CE, medieval state of the Atabegs, founded by Nur al-Din Zangi. It fought with the Crusaders but couldn’t take back Palestine (that was left to the Ayyubid Salahuddin). I pointed out after the fall of Mosul to Daesh in summer of 2014 that the Daesh ‘caliphate’ had an interesting geographical resemblance to the Zangid state, which also held both Mosul and Aleppo but not Damascus. 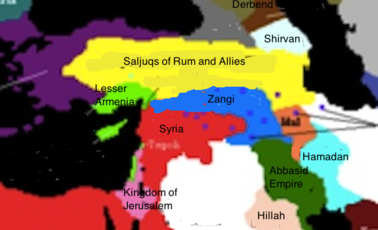 4. Mosul was on a major world trade artery from the Indian Ocean up the Persian Gulf and the Tigris river valley to Syria’s Aleppo and thence the Mediterranean at Lebanon’s Tripoli or at Alexandretta. Historian Peter Sluglett says that in the second half of the 1500s when the Portuguese came to control the Indian Ocean, overland trade routes from India via Afghanistan and Iran revived. Caravans would come down to Safavid Baghdad via Kermanshah and then wend their way north to Ottoman Mosul and then Aleppo. The caravans carried pepper, Yazdi and Indian cotton cloth, and Iranian silk.  Gallnuts were used for dyeing cloth, and Mosul sent 12,000 camel loads of gallnuts to Aleppo and thence to Europe every year in the early 1600s. 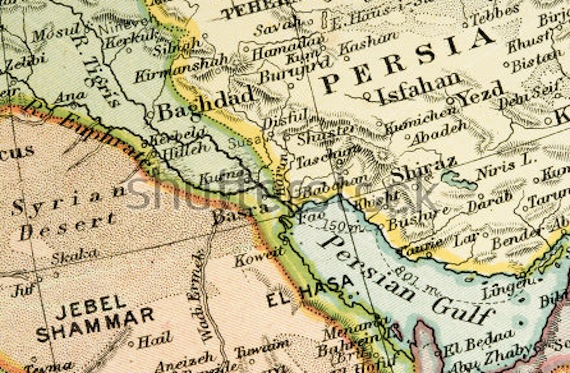 5. After World War I, it wasn’t clear which of the countries emerging out of the collapsed Ottoman Empire would get Mosul. At that time it had some petroleum, which spurred the competition. But it also had a mixed populations, with some Turkmen and Kurds along with the majority Sunni Arabs. Independent, republican Turkey would have liked to have Mosul. The French, who conquered Syria, wanted it. And the British wanted to append it to Iraq. The League of Nations even did a survey about Moslawi identity and found the city diverse and multilingual and cosmopolitan. Britain managed to convince the French to give it to London’s new colony, Iraq, and succeeded in making an argument to the League of Nations that Baghdad needed Mosul economically to be viable.

6. In 1939, Iraq’s King Ghazi died in an auto accident. Whether it was actually an accident or whether it was an assassination remains controversial. At that time, Iraqi crowds believed that British secret agents had arranged the accident. When the British consul in Mosul, Consul, George Monck-Mason, came out to try to explain that his country was not responsible, the crowd turned ugly and an assassin killed the consul. Mosul was a hotbed of Arab nationalism, and this incident was not an isolated one. Not only had Britain ruled Iraq, and Mosul, in a brutal colonial manner, depending in part on massive and routine bombing raids, it was involved in giving away the Mandate of Palestine with its over 1 million Palestinians to Jewish settlers. Many Palestinian teachers who could not or would not work in British Palestine went to Mosul to get jobs in the schools, and influenced their students. The consul’s death thus was a symptom of popular anger about British hegemony in Iraq and the region. 19 years later, in 1958, a popular revolution in conjunction with a young officers’ coup ended British influence in Iraq, with the British-installed prime minister killed and dragged through the streets.

7. In recent decades, Mosul residents went from Baath Party rule (1968-2003) under an Arab nationalist, secular, socialist one-party state dominated by Sunni Arabs to American occupation (2003-2011) to rule by the Shiite-dominated government of Nouri al-Maliki in Baghdad. Then in 2014 the far right fundamentalists of Daesh (ISIS, ISIL) took over. These changes would make anyone’s head spend. Recent rulers of Ninewah Province, of which Mosul is the capital include: