What Grade Would the State Department Give to Our Own Election?

John Dickson is a former diplomat and author of the blog historyallaround.org. 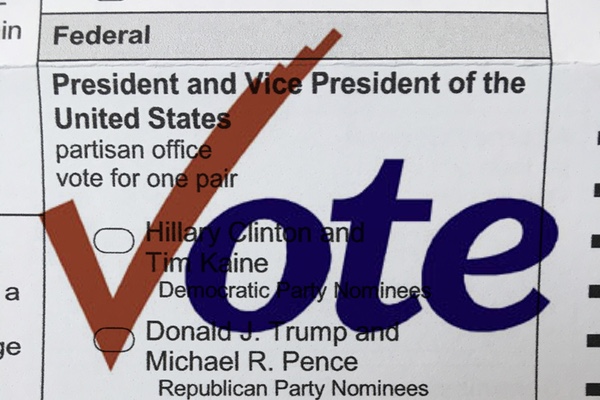 Every year for the past 40 years, the State Department has issued annual human rights reports as mandated by Congress. It falls to each U.S. Embassy to prepare the draft country report, based on news clippings collected and interviews and meetings held throughout the year.

Each country report follows a standard format with sections that address topics ranging from protection of individual liberties, arbitrary arrest, freedom of the press, and elections and political participation.

These reports invariably generate controversy, from foreign governments that chafe over the criticism and from human rights organizations who complain that friendly or strategically important countries are not criticized enough. Most object to the U.S. setting itself up as the arbiter of human rights practices around the world, and a few, including China, have started preparing their own reports on human rights in the United States.

We don’t need reports from other countries, though, to appreciate the flaws in our political system or to understand that we now have a minority run government, in all branches.

The evidence is clear.

Popular vote At the executive level of government, for the second time in five elections, the candidate that lost the popular vote has won the election, thanks to the archaic apparatus of the Electoral College. The original framers of the Constitution were nervous about direct democracy and set up mechanisms to limit the vote to white men owning property and to create indirect elections for both Senators and the President. Only once since 1992 have the Republican candidates for President won the popular vote, but by the end of Donald Trump’s term they will have run the Executive branch for a total of 12 years, including the one term that George Bush won both the electoral and popular votes.

Redistricting In the legislative branch, redistricting has allowed the Republicans to put themselves in a near-permanent majority. New census data every ten years requires legislatures in states with changing populations to re-draw districts. The result has been a patchwork of districts drawn to protect incumbency and isolate racial and ethnic minorities. Justin Lewitt from Loyola Law School who tracks redistricting has identified which party controls the process in each district. He estimates that Republicans “unilaterally control the process” for 210 congressional seats in 18 states, while Democrats have primacy in 44 congressional seats in 6 states.

This resulted in an election where a total of 380 incumbents were re-elected to the House of Representatives out of 393 who ran, for the highest percentage of incumbency since 2004.

Voter suppression Redistricting is just one factor in a minority maintaining political control. This year was the first Presidential election since 1968 held without the full protections of the Voting Rights Act. In the last six years, 20 states have enacted new voter requirements that effectively suppressed the vote by requiring photo IDs, by curbing voter registration efforts or by limiting early voting. The lower turnout in 2016 than in 2012, particularly among racial and ethnic minorities, helped ensure a Trump victory and the retention of a Republican majority in the Senate.

Take the case of Wisconsin. With a new voter ID requirement, voter turnout was its lowest in 20 years, with a 13% drop in Milwaukee. More than 300,000 people who voted in the last Presidential election could not vote, in a state that was decided by a margin of less than 20,000.

Supreme Court Before the election, the New York Times referred to the Senate Republican failure to act on President Obama’s nomination to the Supreme Court as a “coup against the Supreme Court. The Constitution provides the President with the authority to make appointments with the advice and consent of the Senate. Prior to the election, when Senate Republicans were convinced of a Clinton victory, they indicated that they would reject any of her nominees, for the duration of her term. With a Trump minority victory, Republicans can now protect a solid conservative majority on the bench that can sustain these efforts to maintain minority control by suppressing voting rights further or preventing curbs against unlimited financing in campaigns by businesses and political action committees.

Even more egregious than the redistricting or suppressing votes or failing to act on the Supreme Court nomination were the separate, unprecedented interventions in U.S. electoral politics by two entities: the FBI and the Russian government. To the clear advantage of the Republican party, both influenced the outcome of the election more than a Watergate break-in intended to find out campaign strategies of the opposition. That we were powerless to prevent either of these from influencing our elections does not mean that both should not be fully investigated, especially since Rudolph Guiliani, a prominent Trump supporter, boasted that he had inside information that the FBI was going to announce its re-opening of the email investigation.

These are systemic flaws which, if they occurred in another country, would find their way into the State Department’s human rights report and raise questions about the integrity of the American political process.

Since the election, the political discussion has moved away from these systemic issues, reviewing the real and repeated mistakes of the polls, the media and the campaigns. We are reminded of the need to unite the country behind the winner and are deep into the machinations of a transition and a parlor game on appointments to the new administration.

An annual human rights report gets away from the daily news and focuses on broader systemic issues. Even though there is no provision to write a report on our own country, it is obvious we need a longer term review of our flawed electoral processes.

Fifty years from now, historians will not be reviewing the transition and appointments. They may, though, be reviewing this election as one of the steps on the way to the erosion of our democracy.