Trump Is Right that Trade Has Cost Jobs. But His Solution Is Terrible.

by Louis Ferleger and Jay Mandle 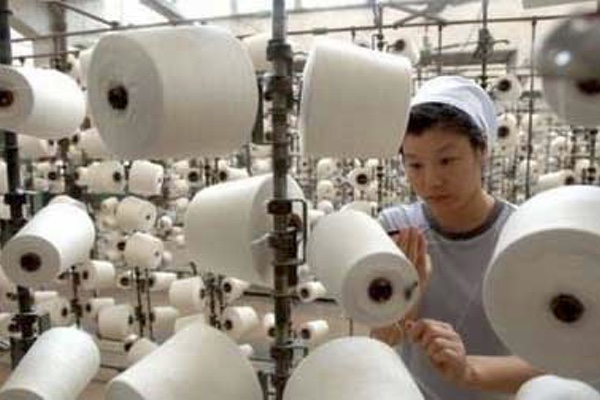 During the Presidential campaign, income inequality became a contentious issue. A sub-text of this approach to inequality was hostility to all trade agreements. But this hostility was misdirected. It suggests the interests of the global poor are necessarily in conflict with those of low-income workers in the United States. This simply is not the case. The failure to grapple seriously with globalization means not only ignoring trade’s positive impact on global poverty, but also being unable to offer an effective response to Trump’s misplaced “America First” rhetoric.

The spread of economic development to countries previously considered “underdeveloped” is a defining characteristic of our modern world. That process of international economic development is largely responsible for the fact that global poverty rates have fallen from 37.1 percent in 1990 to 12.7 percent in 2012. The increased productive capacity in countries such as China, India, and Mexico has meant that they have become the source of goods to global markets, particularly in the production of goods whose manufacture require abundant relatively unskilled labor. What has emerged are supply chains in which metropolitan-based firms relocate labor-intensive production to developing nations in order to take advantage of low wages. The upshot is a much-needed increase in employment and income in poor countries.

But when supply chains are established in this way, low-wage workers and their employers in a country like the United States are faced with murderous competition. Wages are put under pressure, layoffs result, and bankruptcy often ensues. The authors of the most important academic study of NAFTA report that “for certain important pockets of workers, the lower import barriers resulting from NAFTA do seem to have lowered wage growth well below what it would have been.”

These were workers largely located in the Southern United States, employed in the apparel, textiles, footwear, bricks and tiles industries. These industries to a large extent employed workers with less than a high school education whose jobs were protected by tariffs prior to NAFTA.

It is true that globalization means that prices for goods and services are lower than they would be in the absence of production chains. It is also the case that job losses among American workers involve only a tiny fraction of the labor force. The loss of these jobs is unjust. Displaced workers are forced to bear the burden of the country’s progress. The result of their sacrifice is increased income inequality.

But it is no response at all to say that we refuse to trade with countries where very low wages prevail because thanks to globalization wages are rising. That would mean stifling the very process by which those wages could rise. In fact wages have already increased in China and even in a very low-income country like Bangladesh. This has also happened in Mexico as a result of NAFTA. Studies on the impact of NAFTA show that wages in Mexico were 1.72 percent higher than they would have been in the absence of the trade agreement.

By threatening to reverse NAFTA, President Trump unnecessarily pits the interests of the world’s poor against low-income workers in the United States. It is possible to promote trade and therefore income growth in poor countries without sacrificing the interests of low-income American workers. However, that would require a set of domestic policies that acknowledges the legitimacy of both international trade and policies to offset income inequality in the United States.

We need policies and actions to counter income inequality both internationally and domestically. On the domestic side, a progressive income tax could finance income insurance, universal health care, well-financed job retraining and infrastructure investment to create blue-collar employment, all of which would serve the interests of those who at the moment are the innocent victims of economic development. Internationally, increased trade should be encouraged in order to reduce global poverty and international income inequality.

It is an old trick to promote conflict among the disadvantaged. Instead we should push for a twining of globalization with domestic supports for the victims of that economic process. This would produce a better result than President Trump’s proposals.