Why Did the Democrats Fail ?

Walter G. Moss is a professor emeritus of history at Eastern Michigan University, Contributing Editor of HNN, and author of “An Age of Progress? Clashing Twentieth-Century Global Forces” (Anthem Press, 2008). For a list of his recent books and online publications, click here. 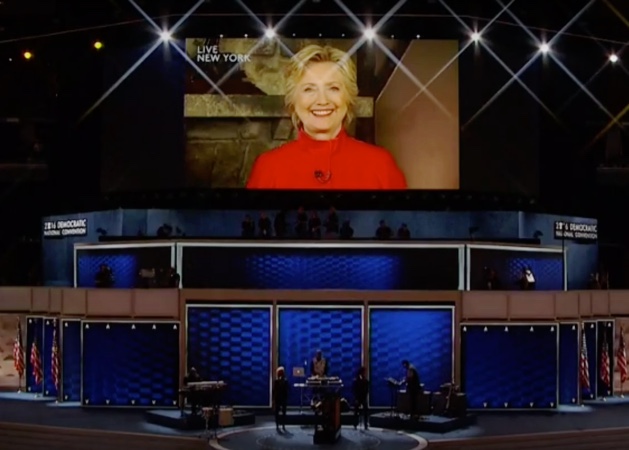 Despite Donald Trump’s deeply flawed character and obvious shortcomings, Democrats were unable to convince enough voters of his unworthiness for the presidency. Rational, logical arguments against him had little effect on his supporters. A recent HNN article explains why: “It’s easy for Democrats to criticize Trump as a demagogue or his voters as unreasoning dupes. In truth, however, American democracy has never operated primarily on the basis of reasoned debate. Emotion is the common currency of American politics, the vital democratic connection between leaders and followers.”

Moreover, the Democrats failed to offer a compelling, unifying vision that a majority of Americans would embrace. They were guilty of lacking, or at least failing to articulate, what the first President Bush once referred to as that “vision thing.” To regain their dominance with U. S. voters they need to craft a new, imaginative, unifying American Dream.

Too often in recent decades they have ignored political emotions and moving narratives that can sway sufficient voters. Already in 1950, Lionel Trilling observed in his Liberal Imagination that liberalism “drifts toward a denial of the emotions and the imagination.” In 2007, Al Gore, who many believed had been cheated out of the presidency in 2000, bemoaned what he called in a new book, “The Assault on Reason” (now available in a 2017 edition). The following year an article in the progressive publication The Nation observed that “many progressives today [believe] ours is a politics based in reason and rationality,” but that is naïve. “Mass persuasion is a necessary part of democratic politics.” (See also books by Jonathan Haidt, Martha Nussbaum, and Rick Shenkman on the political importance of emotions, instincts, and other non-rational elements.)

In 2011, historian John Summers observed that President Obama paid insufficient attention to the irrational and non-rational side of politics, to emotions and symbols. As Summers noted about this side of politics, which he believed modern conservatives have increasingly emphasized: “In this tradition, unconscious emotional drives were thought to belie the image of the rational citizen handed down by democratic theorists. . . . Successful politicians tapped into the collective unconscious of voters, controlling their perceptions.”

A year before these remarks, Junot Diaz, whom Obama later acknowledged as one of his favorite authors, wrote that one of the main responsibilities of a president is to be a good storyteller, and that Obama had failed miserably in this regard. “If a President is to have any success, if his policies are going to gain any kind of traction among the electorate, he first has to tell us a story.” And Diaz predicted that Obama’s “sudden inability to tell a good tale . . . will be his death-knell.” Republicans, the author believed, were “much better storytellers.” “Tea Parties and death panels—you might hate these bursts of craziness but these are, above all else, stories, narratives.”

Diaz did not mention Ronald Reagan as an effective presidential storyteller, but he might have, and a whole book has been devoted to the subject. The importance of storytelling as a persuasive technique that appeals to emotions and imagination is also evident in other contexts. In a recent book on violence, John Sifton quotes the philosopher Richard Rorty speaking in 1993 about the need to appeal to the emotions and imagination of would-be perpetrators of violence in order to help them "feel differently about their victims," for instance by telling sympathetic stories about potential victims. Rorty advises "human rights workers [to] tell the sad stories, or take sad pictures, to invoke sentimentality.” Like him, Sifton has little confidence in appeals to reason as a means of curtailing violence.

More recently, early this year, the Economist featured a piece about the British climate-change activist Alex Evans. He realized that the earlier approach of activists like himself—bombarding people “with pie-charts, acronyms and statistics”—was not persuasive enough and that activists “could only touch people's hearts by telling stories.” Author of the recent The Myth Gap: What Happens When Evidence and Arguments Aren't Enough, Evans believes “that all successful movements, including those that overturned slavery and racial discrimination, consisted of a network of small and large communities held together not by common calculations or common acceptance of certain technical facts, but by commonly-proclaimed narratives about the past and the future. In his view the political shockwaves of 2016, including Brexit and Donald Trump's victory, reflected the winning camps’ ability to tell better stories, not their superior command of facts.”

In a book being prepared for publication, psychologist, futurologist, and wisdom scholar Thomas Lombardo writes that the most central question of our life is, “How do we create a good future?” His simple answer is, “Flourishing in the flow of evolution is the good future, and wisdom is the means to create it.” More than 800 wide-ranging pages follow, but one of Lombardo’s central points is that to flourish we must accept reality and “that our best contemporary understanding of reality . . . is that we live in a dynamic, evolutionary, creative, and interactive universe that is filled with possibilities.” To indicate how important evolution is in various areas, including biological, cosmological, and psychological, Lombardo starts his second chapter with a quote from the French Jesuit thinker Teilhard de Chardin: “Evolution is a light which illuminates all facts, a curve that all lines must follow.”

With Donald Trump now as our president, how we create a good future is certainly the main question we face. And by we, I mean all of us, Trump opponents but also Trump supporters. The former are now focused on how best to oppose his policies they think harmful for the country, and that is appropriate. But if Democrats hope to make gains in 2018 Congressional elections, they must do a better job at offering a unifying and appealing vision of the future, one that appeals not only to our minds, but also to our hearts.

Historians realize that any such vision must be rooted in our past and present. President Obama often criticized those who proposed policies he disapproved of—e.g., greater restrictions on refugees—by saying “that’s not who we are.” But as New York Times conservative columnist Ross Douthat pointed out, our past indicates that we have not only been a nation that welcomed immigrants, but before the 1960s also one that preferred the melting-pot concept to the idea of multiculturalism. Earlier we also persecuted Native Americans and practiced slavery, gave preference to our Protestant-European traditions, and included “racist-misogynist-robber baron” elements in our past. All of those features are also part of who we are.

Douthat recognizes that Trump’s victory represents in part an attempt by “white-male-Protestant-European protagonists” to “restore their story to pre-eminence.” He also admits that “it’s a restoration attempt that can’t succeed, because the country has changed too much, and because that national narrative required correction.” But in his opinion, “we haven’t found a way to correct the story while honoring its full sweep — including all the white-male-Protestant-European protagonists to whom, for all their sins, we owe so much of our inheritance.”

While U. S. historians need to relate this “full sweep,” Democrats need to include it in an evolutionary narrative that projects the American Dream into the future. Our past is not without its major blemishes. To take just a few examples, we have acted disgracefully against Native Americans and African Americans. And we have engaged in imperialistic adventures like the takeover of the Philippines—as one officer said, “Our men have been relentless, have killed to exterminate men, women, and children, prisoners and captives, active insurgents and suspected people, from lads of ten up, an idea prevailing that the Filipino was little better than a dog, a noisome reptile in some instances, whose best disposition was the rubbish heap.”

Our history cannot ignore these disgraces, and we should be ashamed of them, but we have also made progress. Women and minorities, including people of various sexual orientations, have made major gains. If the Ku Klux Klan and lynching are a part of our history, so too is Martin Luther King, Jr. and the Civil Rights movement.

Douthat writes of many Trump supporters seeing themselves as in the Christian tradition, and “more as settlers than as immigrants, identifying with the Pilgrims and the Founders, with Lewis and Clark and Davy Crockett and Laura Ingalls Wilder.” Any unifying vision of our future must also honor the contributions of that tradition, as well as that of someone like King, who dreamt of a future when we will be “able to hew out of the mountain of despair a stone of hope,” when “we will be able to transform the jangling discords of our nation into a beautiful symphony of brotherhood,” when "we will be able to work together, to pray together, to struggle together.”

We are a nation that looks to the future. Until recent decades we have been an optimistic country, one which believed tomorrow could be better than today, which believed in New Deals and New Frontiers. Borrowing a phrase from Tennyson’s poem “Ulysses,” RFK entitled a collection of his speeches and writings, To Seek a Newer World.

In these days of gloom and doom (at least for those opposed to Trump), our nation needs to be reminded of the King-RFK belief that the American Dream can still evolve. Since Trump’s approach has been one of divisiveness, Democrats now have the opportunity to craft a more unifying vision, one that pictures an America that despite its faults seeks to evolve toward a better future for all Americans, men and women, young and old, rich and poor, black and white, rural and urban, native born and immigrant.