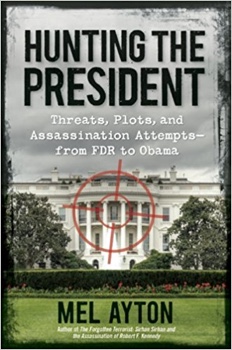 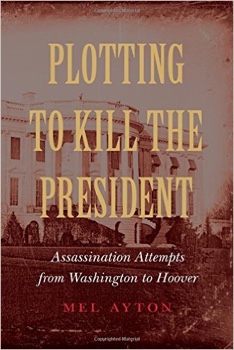 There are now more than 100 men attached to President Trump’s detail and at least 100 agents accompany him on his foreign trips. A team of around 17 agents travel with the president when he is on-board his aircraft with a similar number in a second aircraft. At the center of the security arrangements is the presidential motorcade consisting of 35 vehicles.

But it was not always so. The lack of adequate security for American presidents in the 19th and early 20th centuries existed mainly because the public and their representatives in Congress were wary of instituting a Praetorian Guard. Americans thought of themselves as a free people ruled by democratic institutions. They did not want to emulate European nations and their forms of government, which placed the monarch within a protective bubble.

The early presidents felt secure in the knowledge that their image was never widely publicized thus they went about their business mostly unrecognized. On a visit to New York City in 1847, for example, President James Polk was frequently mistaken for his travelling companion, Alabama Senator Dixon Hall. However, with the advent of new inventions like the daguerreotype and photography and the publication of the presidents’ portraits in the press, the risks of assassination increased. The first photograph of a president was taken in the 1840s but not until the end of the 19th century did the press publish photographs of the Chief Executive.

As late as the 1890s, following the assassinations of two presidents and the increasing threats from anarchist groups throughout the nation, Americans were so confident their country was different from European nations they did not believe the president required constant personal security.

However, there were additional reasons why American presidents risked assassination – many Chief Executives adopted a laissez faire attitude to the dangers they faced. Presidents often attempted to escape their protectors – mainly as a reaction to the suffocating atmosphere presidential protection engenders.

When President Benjamin Harrison took his strolls, usually unaccompanied, he would exit at the rear of the White House. Teddy Roosevelt would often hide from his Secret Service escort during his horseback rides and strenuous hikes. Veteran Secret Service agent Thomas E. Halls said Roosevelt “scoffed at danger and frequently eluded his guard for the pleasure of being alone.”

President Taft also chafed at the intense protection afforded him. Once, when agents remonstrated with him about how he had exposed himself to assassination the corpulent Taft replied, “What difference does it make? If someone should decide to take a shot at me how could he miss?” When he went horseback riding or strolling around Washington he would frequently attempt to evade his agents. On one occasion he escaped from the White House by climbing out a back window of his office.

Like presidents before him Woodrow Wilson wanted refuge from his bodyguards and on more than one occasion left their protection to wander off on his own. On one occasion he left the White House on his way to the bank frantically pursued by two agents. Wilson tried to lose them off by mingling with the crowds outside the executive mansion but they soon found him. Wilson later said, “I came very near to getting away that time.”

President Harding did not like being guarded and felt like a prisoner. He would also sneak away to take a walk or visit with friends. His agents always found him. His successor, President Calvin Coolidge, sometimes walked the streets of Washington accompanied by only a single agent and for much of the time he walked unrecognized. Occasionally, Coolidge would elude his agents by fooling them into believing he was sitting in his office when he was actually strolling out West Executive Avenue.

FDR bristled at the protection afforded him and frequently evaded his Secret Service agents. His protective detail was often the target of his penchant for practical jokes. President Roosevelt would drive his own car, a Ford Phaeton that had been fitted with hand controls because of his disability. During these trips he would frequently play pranks on his agents and would try to lose them on his drives around the countryside.

During his first morning at the White House Truman caught his detail off guard as he exited his bedroom at 6 am and appeared downstairs in a suit and hat. However, Truman’s sole agent quickly informed the uniformed guard at the south-east gate sentry box to alert the rest of the detail. Truman was already turning down 15th Street with his fast stride when the other agents finally caught up with him well over a half-mile away. It was not until a serious attack on Blair House, the president’s temporary residence, by would-be assassins in November 1950, did the recklessness of his walks hit home.

This reckless attitude to presidential protection continued into the latter half of the 20th century. According to former agent, Gerald Blaine, compared to presidents before him, JFK was a challenge to protect, especially in a motorcade when he often plunged into crowds with little warning.

There was one area of JFK’s life that caused a great deal of worry. Although all the agents in the president’s detail liked JFK many were shocked at the way he put his life in danger during private assignations with women. One of JFK’s agents, Larry Newman, was shocked that the president’s aides brought in high-priced prostitutes to JFK’s hotel suite in Seattle in November 1961.

Following JFK’s assassination presidents appeared to temper their behavior when it came to adhering to Secret Service protocols. Lyndon Baines Johnson, for example, was easier to protect than JFK because the agency, “kept Johnson scared to death …. [they] never missed an opportunity to frighten the president. Before he went anywhere they’d tell him all about the possible assailants that were last known to be in the area, or that could be coming to the area, or that they had lost sight of but might possible turn up in the area,” according to JFK’s Director of the Military Office in the White House, Bill Gulley.

The responsible behavior of the Chief Executive did not last, however. Secret Service Chief U.E. Baughman said President Nixon was “an assassin’s delight.” Baughman said that Nixon came near to being killed on “several occasions” for his wanton disregard for his safety. On one occasion his valet drove him out of his San Clemente, California, Western White House without informing his Secret Service detail. Nixon was in the back seat covered in a blanket; he had simply wanted to go a local restaurant without his bodyguards. However, reporters had spotted him and informed the Secret Service who soon caught up with the president.

There were few occasions when Secret Service agents were caught off guard by the behavior of presidents during the Ford, Carter, Reagan and Bush administrations. But they soon discovered new challenges when Bill Clinton became president. Clinton’s womanizing caused problems with the Secret Service throughout his presidency. Agents were concerned at the way the president compromised their protective mission by frequently leaving the White House unescorted. According to FBI liaison Gary Aldrich, Clinton would leave late at night through the West Executive Lobby exit, “in such a way it would appear [he was] walking to the Executive Office Building.” But once Clinton was out of sight he would be driven by his aide Bruce Lindsay, covered up by a blanket on the back seat of the car, to the Marriot Hotel where he would meet up with one of his mistresses. The Secret Service apparently knew about the trips and kept a log of the president’s movements. Aldrich characterized Clinton’s behavior as “one of the most serious and irresponsible breaches of security in US history.”

At the turn of the century the interactions between the president and the Secret Service appeared to run on an even keel. But the ascendency of Donald Trump to the presidency created new anxieties. He has already caused some concern within the agency by insisting on spending a great deal of his time at Trump Tower in the heart of New York City. However, the agency hopes Trump will change his mind. “This is one of those situations where they really should have an honest conversation with him and just really explain to him that this is not a good idea,” former agent Evy Poumpouras said. “To physically re-create the security that exists at the White House in New York City, it's not going to happen. There’s buses’ going by. There’s trucks going by.”