The Two Anniversaries that Everybody’s Forgotten

Dr. Adam Burns will shortly be taking up a new position as Senior Lecturer in History at the University of Wolverhampton, UK. His book, American Imperialism: The Territorial Expansion of the United States, 1783-2013, published by Edinburgh University Press, was released in the US in March 2017 (and its coincidence with this double anniversary is merely a fluke).

The 7.2 million US check used to pay for Alaska

Exactly a century and a half ago, the United States made perhaps its most significant – and certainly its largest – purchase since the Louisiana Territory in 1803: that of Alaska. With hindsight, the price of $7.2 million agreed upon in March 1867 was an absolute bargain. The traditional story goes that, at the time, the imperialistic Secretary of State William Seward’s purchase of imperial Russia’s chilly North American colony was widely criticised as being a waste of money. However, historians like Richard Welch have shown that the supposed outcry against “Seward’s Folly” might not have been quite as widespread as is often portrayed. 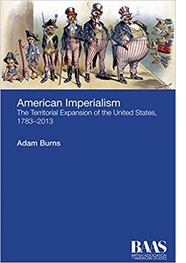 The US benefitted from both the frosty post-Crimean War relationship between Britain (the more obvious buyer, as Alaska’s immediate neighbor in Canada) and Russia, as well as a lack of genuine British interest in purchasing Russia’s unprofitable outpost, factors that combined to make the US the only real buyer. Indeed, although the economic benefits of Seward’s purchase took time to reveal themselves, gold rushes in Nome and Fairbanks at the turn of the century, and the exploitation of the state’s oil reserves from the 1960s onwards, have made Seward’s investment seem rather farsighted.

Despite its peaceful purchase 150 years ago, the US government took its time to incorporate Alaska into the union, though the gold rushes of the 1890s and early 1900s did rekindle their interest somewhat. It was these that prompted the US and Britain to overrule Canadian arbitrators to finalize the boundary between Alaska and Canada in the US’s favor in 1903. After that, it was not until 1959 that Alaska was finally admitted as the 49th state of the union.

The fate of the other US purchase that sees its anniversary this month was in most respects quite different. However, for a while, their fates might have been far more intertwined, as it was once again Seward who almost sealed this second purchase for $7.5 million, only for it to fail at the hands of the US Congress. It would take another fifty years for Seward’s failed purchase to come good.

Following treaty ratifications in January, it was in March 1917 that perhaps the most unlikely of imperialists, Woodrow Wilson, oversaw the US annexation of the Danish Virgin Islands (now named the US Virgin Islands), whose Caribbean harbors had been coveted by some in the US since the 1860s. However, what convinced Congress (and the Danish) on this occasion was the ongoing threat of imperial Germany during the First World War. Although the US was yet to declare war on Germany, it had its suspicions about German interests in gaining a Caribbean foothold, perhaps in existing US possessions such as Puerto Rico or the Panama Canal Zone, but more likely in the vulnerable Danish West Indies. Thus, a man whom the world heralded as the great advocate of self-determination and anti-imperialism at the end of World War One, brought about another purchase of US territory one hundred years ago this month – one which the arch-imperialist William Seward had failed to bring about half a century earlier.

The US Virgin Islands never looked set for statehood like Alaska, even though Alaska had to wait nearly a century for theirs (so, to make a fair comparison, there is time yet). However, ever since the Spanish-American War of 1898 had landed the United States with the populous Philippines, and smaller islands of Puerto Rico and Guam (as well as Cuba for a short time), the United States has taken a radically different approach to territorial expansion. Rather than incorporate new territories with a view to them eventually becoming states (like Alaska and Hawaii), newer annexations have been left “unincorporated,” with future statehood unassured. Under these new post-1898 rules, the US Virgin Islands were controlled by the Department of the Navy until 1931, and only gained their own governor in 1970. To this day, the islands remain an “unincorporated organized territory” of the United States, with their own US quarter to attest to this rarefied status.

Thus, March 2017 sees both a centennial and a sesquicentennial for American territorial expansion, and for empire building – unlike that of the Spanish-American War and subsequent Philippine-American War – without bloodshed. Alaska and the US Virgin Islands were peacefully purchased by the United States from European empires, in the tradition of the Napoleonic sale of Louisiana to the US in 1803, which helped nearly double the size of Thomas Jefferson’s early “Empire of Liberty.” Alaska and the US Virgin Islands could not be much more dissimilar in terms of size, climate, or history, but the one thing they certainly do share is this inadvertent anniversary.