Carol Dyhouse, Professor of History (Emerita) at the University of Sussex, is the author most recently of Heartthrobs: A History of Women and Desire (OUP, 2017). 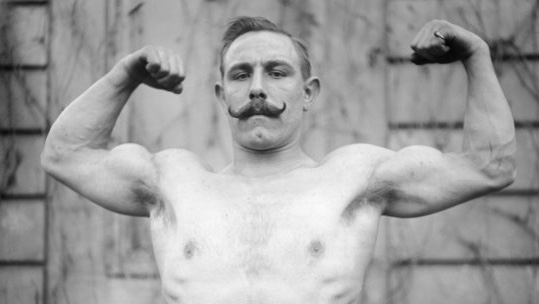 “Toxic masculinity” is a term which entered public discourse in a big way amongst those aghast at the rise of Trump. Most connect it with a range of unsavory kinds of masculine behavior: sexual aggressiveness, disdain for women, homophobia, and a deep sense of entitlement. Where this sense of entitlement is challenged or undermined, toxic masculinity is seen as having the potential to flare into violence. It’s highly combustible: a powder-keg of dangerous possibilities. 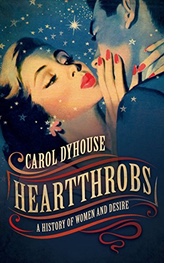 Those unhappy with the use of the term have argued that it undermines men and masculinity. Columnist Todd Starnes, for instance, sees manliness as under threat from “university intellectual types” who “want men to grow lady parts,” to turn men into women. “Instead of a country full of manly men, our universities want a nation full of Pajama Boys,” Starnes expostulates.

This kind of altercation brings to mind the bickering about masculinity in the 1920s. The huge popularity of silent screen star Rudolph Valentino was deeply disturbing to conservatives who saw him as unmanly – a “ladies’ man,” a “pink powder puff,” smooth on the dance-floor but ill at ease and out of place in the locker-room. Valentino, deeply hurt, offered to punch his detractors.

Taunts about virility cut to the quick. It’s a sensitive area. This is sometimes surprising in view of the fact that conservative thinking on the subject tends to be based on a conviction that biology determines things. After all, if nature is seen to be fundamental, culture can only fiddle about with the surface arrangements.

Those inclined to biological determinism often represent masculine aggression as basic, instinctual, primeval and unchanging. It is implied that women always prefer “alpha males.” But history shows otherwise. Sensitive types, moody aesthetes, men exuding soulful or androgynous charm have all featured large in the cultural history of desire. The “caveman” stereotypes of the early twentieth century were often relegated to the comic books, waving clubs and dragging females by the hair. And the “alpha males” who followed them have tended to lose approbation when their roistering behaviour gets too “toxic,” too boorish and out control.

Whether you see patriarchy as altogether toxic or not will depend upon whether or not you are a feminist, and also on what kind of feminist you are. History, as ever, helps with perspective. Over the last fifty years or so feminist scholars have generated a cogent, forceful and many-sided attack on patriarchy. They’ve looked less at its attractions to individual women. In societies where inequality was structured along gender lines, and where men dominated resources, marriage to a powerful man could look prudent and a highly attractive prospect.

We don’t have to look far back to see how this worked. In the nineteenth century, for instance, it was hard for the daughter of a gentleman to earn a living. She needed to marry. A man – and the richer he was, the better – might seem to offer protection, a meal ticket, and social respectability. Failure to marry meant continued dependence on a father (if living) or brother (if you had one, and he was willing to support you). Marriage was a major determinant of life chances for women. It was a much more realistic route to social advancement than the then still limited options for a career.

The fantasy of a rich and powerful man who will protect you is one with which every reader of romantic fiction is all-too familiar. Feminists may deplore this but it probably helps to explain (among other things) why so many women voted for Trump. But the trouble with the romantic fantasy of protective, benevolent patriarchy that we find in novels is that it leaves so much out. In romance, the relatively powerless heroine gets her man. The slightly roguish hero with the jutting jaw and the big bank account is tamed by true love. The couple live happily ever after. In patriarchal societies, or “real life,” things are rarely like that and women who cannot support themselves economically often get a raw deal. Lone mothers, divorced wives, victims of domestic abuse, and women in menial and low-paid jobs find their predicament worse as a consequence of gender inequality.

In societies where women get stronger, and more able to earn their own living, they are more likely to think of men as partners, lovers and friends, rather than as providers. As a consequence, men, too gain freedoms: they aren’t saddled so much with the responsibility of supporting dependants. At root, this is why feminists have long argued that feminism benefits men alongside women.

The critique of toxic masculinity is not an attack on maleness: it is fueled by a vision of stronger, more grounded and responsible men who won’t regard sensitivity and emotional intelligence as effeminate and who will respect women as fellow human beings. In politics they will value peace and cooperation. They will have confidence without bluster or posture, or bullying behavior.