Forget Those Comparisons with the Cuban Missile Crisis 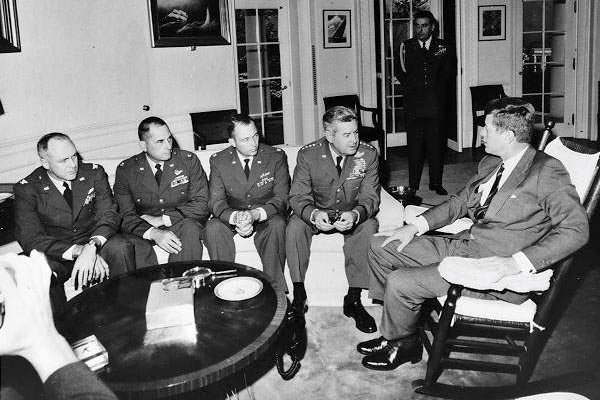 President Trump’s threat to unleash the greatest “fire and fury” in history against North Korea has prompted many hasty comparisons to the Cuban missile crisis. The initial speculation has focused particularly on the potential restraining influence of senior administration officials, especially Secretary of Defense James Mattis (a retired Marine general) and National Security Adviser H.R. McMaster (a former Army general). Ironically, however, examining today’s impasse from the perspective of 1962 actually demands turning the essence of the Cuban missile crisis upside down. 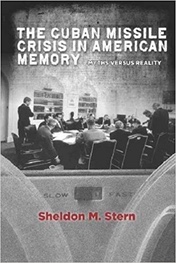 In 1962 the question was whether the civilian commander-in-chief could successfully face down the determined and united resistance of the Joint Chiefs of Staff (as well as that of most of his own advisers and the leaders of Congress). JFK was a fully-committed Cold Warrior, as demonstrated by his administration’s covert war in Cuba and efforts to assassinate Fidel Castro. But, unlike the Joint Chiefs, he understood that risking war between nations possessing nuclear weapons was no longer a rational option, one which could lead to what he vividly described as “the final failure.” “It is insane that two men, sitting on opposite sides of the world,” he remarked at a White House meeting, “should be able to decide to bring an end to civilization.” Once the first shot was fired, he warned, all bets were off.

One of the most striking elements in those historic thirteen days, confirmed by the now-declassified White House tape recordings, is the persistent effort by JFK to stress the unacceptable risk of nuclear war. When he met with the Joint Chiefs on October 19 the president emphasized that the Soviets could respond to American action in Cuba by attacking West Berlin and setting off an irreversible chain of military escalation. For that reason, he explained, he had decided to respond to the Soviet gamble in Cuba with a limited first step—a naval blockade. The Chiefs nonetheless unanimously demanded full military intervention—comprehensive bombing and an invasion of Cuba—“right now.”

Kennedy responded that the missiles in Cuba did not really alter the Soviet nuclear threat since they already had enough nuclear fire power in the USSR itself to strike American cities, with or without the missiles in Cuba, resulting in 80-100 million casualties: “You’re talking about the destruction of a country!” The logical argument, he persisted, “is that we don’t really have to invade Cuba. … That’s just one of the difficulties that we live with in life, like you live with the Soviet Union and China.” Days later he would also warn that “the decision to use any kind of a nuclear weapon, even the tactical ones, presents such a risk of it getting out of control so quickly.... I don’t think anybody wants that weapon to escape from their control.”

It is all but impossible to imagine this kind of informed, rational and mature leadership coming from the Oval Office today. If discretion and common sense are to prevail, it will require, as noted above, turning the central dynamic of the Cuban missile crisis upside down; this time, the top military figures in the administration may be forced to try to short-circuit an impulsive over-reaction by their commander-in-chief. Today, fortunately, most senior military officers are vastly more politically sophisticated and historically educated than their 1962 counterparts (who received most of their formal military education before the advent of nuclear weapons). Indeed, Mattis has edited an important book about American views of our military and McMaster is the author of a highly-regarded study of the failure of civilian and military leadership to prevent the escalation of the Vietnam War. There is room for hope.