What It Means to Censure a President 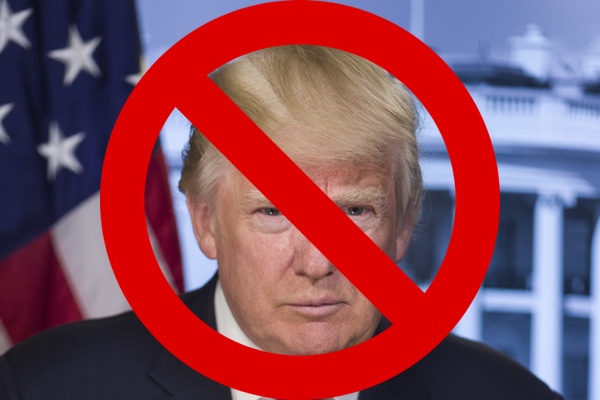 This article was first published in the 1990s after the GOP began floating the idea of censuring President Bill Clinton. It is relevant once again.  In response to Charlottesville the House Democratic leader, Nancy Pelosi, is now calling for Trump's censure.

Like a nation stuck in a “Groundhog Day” time warp, Americans keep reliving the Clinton mess over and over again, each time with a different outcome. Ten months ago the scandal was supposed to end with the president’s resignation. This summer he was going to be censured. On the eve of the November elections Republicans were predicting he’d be impeached. Now we are back to censure again. Ugh!

While some Republicans are grumbling that they’d rather see the president get off scot-free than be censured, which they regard as impeachment-lite, most Americans seem to approve of the idea, and with good reason. Censure is the Goldilock's solution for people who can't stomach impeachment: not too hot, not too cold.

But is it just right? Or is it so weak a version of impeachment that in the end it won't mean much?

Congress must censure @realDonaldTrump for his repulsive defense of white supremacy in the wake of #Charlottesville.

Part of the problem is that nobody knows exactly what censure is. The Constitution devotes several clauses to the impeachment and trial of presidents. There is not one word about censure. During the debates over the Constitution the framers never even gave it a nod. Like the character in “Alice in Wonderland,” we can say it means what we say it means.

But censure has not simply been dreamed up out of thin air. In the nineteenth century Congress censured three presidents (Andrew Jackson, John Tyler, and James Buchanan), and considered censuring a fourth (John Adams).

The great significance of this history may very well be the fact that almost nobody remembers it. If you want to make history, impeach a president. Censures don’t seem to mean much.

Two of the four presidents who faced censure, Adams and Jackson, are regarded today as among the greatest figures in our history. The other two, Tyler and Buchanan, are now forgotten, their censures having left no more mark on the national consciousness than their largely failed presidencies.

Jackson’s censure is the only one with which even most historians are familiar. In 1834 he was censured by the Whig-dominated Senate for illegally removing federal deposits from the Bank of the United States. And the only reason Jackson’s left an impression on historians is because it was subsequently expunged. In a delightfully dramatic moment, the secretary of the Senate drew a bold black box around the original entry, writing across it: "Expunged by order of the Senate, this 16th day of January, in the year of our Lord 1837." Members of the opposition then promptly walked out in protest.

Buchanan's censure isn't even noted by his foremost biographer in a book that runs over five hundred pages long. I only stumbled upon it one day when doing research in the president’s official papers.

All four censures, however, have more in common than that they simply have been largely forgotten. All were the work of highly partisan politicians eager to score political points. Buchanan’s was typical.

Buchanan, a Democrat, had long been under attack by the Republicans, who accused him of softness on the South, moral cowardice, and corruption. But not until the off-year elections of 1858, which Republicans swept, did they finally go after him. The resolution officially accused him of conniving with the secretary of the navy to award a contract to a Philadelphia shipbuilder in hopes of swinging the congressional district to the Democrats, "an example dangerous to the public safety and deserving the reproof of this House."

Why censure and not impeachment? Like the Republicans today, Republicans then didn’t have the votes in the Senate to convict.

Buchanan protested what he called this "vote of censure." The House promptly decided not to accept his protest. And that ended the matter.

Why did none of these censures amount to much? The main reason would seem to be that they were the work of highly agitated partisan majorities –  and the American people recognized this. What each presidents' critics hoped would be a devastating historic blow instead was regarded as a cheap partisan shot.

The lesson that can be drawn from all this is that censures must be bipartisan to carry weight with the American people. History suggests that a resolution passed along party lines would be a source of palpable political divisiveness.

There is, however, a downside for Democrats.  A resolution of censure could take so much energy that the Democrats have nothing left over for the fight that counts:  a vote to impeach and convict Trump.